Letters to the Editor for the week of May 31

Let feds know you oppose investment in Kinder Morgan pipeline The news this week that the federal government will pay the huge and hard-earned sum of $4.5 billion in taxpayer dollars for the Kinder Morgan pipeline, and spend an estimated $7.
May 30, 2018 6:00 PM By: Pique Newsmagazine Staff 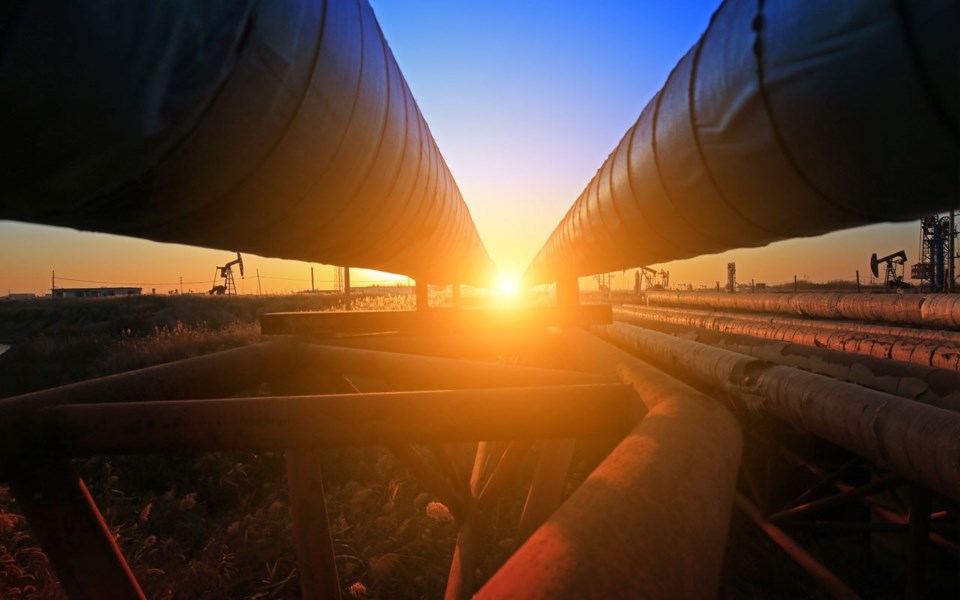 The news this week that the federal government will pay the huge and hard-earned sum of $4.5 billion in taxpayer dollars for the Kinder Morgan pipeline, and spend an estimated $7.5 billion more on construction, is deeply disturbing to me.

Continuing to develop the tar sands and related transport infrastructure while saying they care about climate change and the fantastic, fragile B.C. coastline is political double speak at its finest.

What has happened to our snowboarding, hipster PM Justin Trudeau? This is more of (former Prime Minister Stephen) Harper's pro oil and gas policy with just a different bobblehead. This decision will lock us into 50 more years of tar sands development and see a seven-fold increase of bitumen sludge transport tankers travelling under the Lions Gate and Second Narrows bridges into Burnaby Narrows. I recently read a article by Bruce Mason (in Common Ground) and I wanted to share his take on the Canadian federal government's reasoning that we heard from PM Trudeau/Crudeau: that more pipelines are just the thing to combat looming, man-made climate collapse.

"Using the same argument: buying endless rounds of booze cures alcoholism, third helpings are a sure-fire fix for obesity and another carton of smokes is a clinically proven treatment for lung cancer. Stuck logic." This contentious project is to twin the existing pipeline and triple the volume of Bitumen sludge moved, with all of the dilbit/tar sands "product" being sent to Asia for export, has been mired in controversy since it was first announced.

Several weeks ago, the National Observer's Michael De Sousa, broke the whistle-blower story that the National Energy Board was instructed by the federal government "to give cabinet a legally sound basis to say 'yes' to Trans Mountain." The order from on high was issued weeks before consultations with First Nations.

Unfortunately, this can only lead us to conclude that government is not taking proper care of our common resources and that it is serving corporate interests rather than making sound, resource-planning decisions.

You may have heard the fact, perhaps many times, that Canada does not have a national energy plan. This means no long-term plans are being made for Canadian energy needs—sell everything as fast as possible seems to be the modus operandi.

We need to be aware that government is not taking care of vitally important planning for us—sadly, selfies and Twitter posts seem to be our leader's priority.Many people who have studied the issue feel that building a refinery in Alberta would be a much better use of our money—at least here in Canada we can ensure the bitumen is refined using best practices rather than taking the cash and not caring that people in Asia are choking on air that will become even more polluted thanks to Canadian bitumen, plus that would mean we don't need to take the unacceptable risk of transporting this product.Imagine what a $12-billion investment in renewable power sources would look like? That kind of money could provide game-changer grants for new home construction, grants for homeowners and businesses to retrofit and improve energy efficiency—all would create thousands of trade jobs across the country. Investment in our most important security need, besides clean water and local food production, could be prioritized. Doesn't this sound like a better use of our common tax fund than investing in a "twilight years" industry that has real potential to permanently poison our land and water?

How can the Liberals justify giving $12 billion to the oil and gas sector and still say we can't fix the national shame of contaminated drinking water supply in hundreds of First Nations communities? Bill McKibben, the founder of 350.org, named for the safe level of carbon in our atmosphere, said that in 50 years our energy needs will be filled by solar, wind and other renewable energy sources. What we collectively now have power to decide is (whether) our Earth be a functioning, living ecosystem or a broken one.

According to the Washington Post, April 2018 was the first month in recorded history with an average concentration of atmospheric carbon dioxide topping 410 parts per million (ppm). Carbon dioxide hasn't reached that concentration in 800,000 years.

According to ScientificAmerican.com, right now, we're on track to create a climate unseen in 50 million years by mid-century. It's a new atmosphere that humanity will have to contend with, one that's trapping more heat and causing the climate to change at a quickening rate.

According to McKibben, if we fully develop the tar sands, Canada alone will take the world's atmosphere to 600 parts per million of CO2.I know time is tight for everyone, apart from living our lives and working to pay bills, globally the news of destructive events is frequent and tragic, from daily atrocities against civilians in Yemen and Syria to new spring record 50-degree temperatures in Pakistan where people now plan their lives around floods and heatwaves, but we must see the burning of fossil fuels as a vector connecting these events, if not the root cause. What can you do? Go to the CoastProtecters.ca and add your name, call our federal MP Pam Goldsmith-Jones (604 913 2660) and tell her we deserve better leadership; investing in a 50-year project to move bitumen sludge through one of the most vibrantly alive places on the planet is just plain stupid.

Ask your bank to divest from fossil fuels. Talk with your family and friends; it is possible to live and fuel our lives in ways that don't condemn our descendants to live on a broken planet, but to change we need everyone involved.

So please speak up!

This project remains far from certain. In the courts and on the ground, the fight to protect communities, the climate and the coast continues.

Thank you to Stephanie McColm, Ira Pettle and the Whistler Arts Council for organizing and hosting the first Expressions Talent Show at Millennium Place.

This was an incredible opportunity for young talent from Whistler and Pemberton to take the stage—the equivalent of the "podium" for teenagers drawn to the creative as well as, or instead of, the athletic.

In a town with such a focus on outdoor activity, we are so fortunate to have the Whistler Arts Council to embrace and nurture these young creative souls.

As parents of a beautiful young artist, singer, dancer and actor, we want to acknowledge and thank this wonderful community organization and the great people that work there.

I would like to extend a heart-felt thank you to the doctors and staff of the Whistler Medical Clinic (WMC) and the Whistler Health Care Centre.

I was injured at work in early May, and received outstanding medical care in Whistler. The entire experience was positive, despite the circumstances, and I could not have asked for better care.

Jocelyn Read and the administrative team at WMC are always very accommodating, and I was thankful to get an appointment so promptly. The compassionate care of Dr. Karin Kausky is outstanding; we are so fortunate to have such an amazing doctor in the community.

Dr. Kausky went to work immediately to make sure I received the care I needed, and continued to advocate for me on follow up appointments to ensure I had appropriate diagnostics and saw the specialists I needed to see.

I would also like to thank Dr. Adam Kendall and Tim (the ER nurse) of the Whistler Health Care Centre who made me as comfortable as possible (and made me laugh!) while arranging for my trip to Vancouver.

I was sent to Vancouver by ambulance, and was fortunate enough to be in the care of paramedics Matt and Tony, who got me there quickly and made sure the check-in process was efficient.

No one hopes to be injured or ill, but we are fortunate to have a team of such amazing medical professionals in the community. They truly do provide world-class medical care. Thank you!