Letters to the Editor for the week of November 5th

Did ICBC go to far? When does it stop? How angry does the public need to become? When will people actually be protected by those that we pay to protect us? How has the public relations staff at ICBC even been able to keep their jobs (highly paying I
Nov 4, 2015 5:00 PM By: Pique Newsmagazine Staff 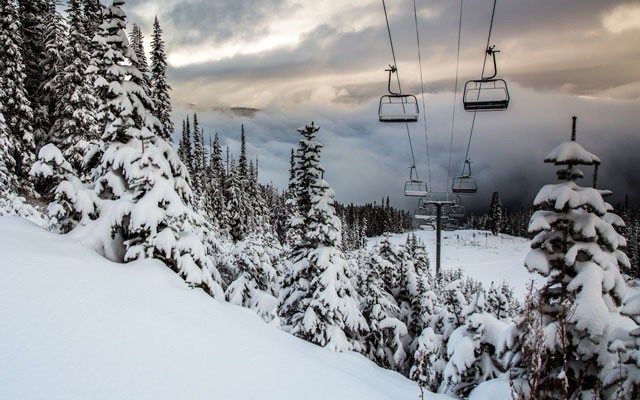 TOO SOON FOR FRESH TURNS Whistler Blackcomb is warning people not to hike up the mountains to try and capture some early turns. "The mountain operations teams are hard at work preparing the mountain for the ski season, and as a result there are a number of natural and manmade hazards," states a release, adding that there is no access to the slopes. "Anyone caught hiking up the mountain within the ski area boundaries will be asked to turn around and leave the property immediately. Opening Day is officially scheduled for November 26.". Photo by Mitch WInton <a href="http://www.coastphoto.com">www.coastphoto.com</a> courtesy of Whistler Blackcomb

Did ICBC go to far?

When does it stop? How angry does the public need to become? When will people actually be protected by those that we pay to protect us?

How has the public relations staff at ICBC even been able to keep their jobs (highly paying I suspect)?

How is it that an upstanding family man, outgoing and socially loved, athletic — (I) could go on and on — is literally being called a liar, cheat, and somehow being brought to fault? (Pique, Oct. 22.)

(Ross Chafe) is dead and can't defend himself against the allegations of ICBC. His wife and children will never get him back, his friends and colleagues will never laugh, ride or enjoy his company. He was killed by someone who (I believe) dismissed his duty as a human being to other humans around him.

What if the family of the gentleman who was a passenger in the car, and was killed as well, decided to pursue compensation from ICBC? Would it be like a battle royal for two ICBC lawyers in court? Would it be high-fives all around for the winner in the courtroom?

I am appalled and disgusted that ICBC would... conjure up doubt as to Ross's integrity physically, mentally, mechanically. You may as well just hand a gun to the killer next time and hope he (the killer) isn't insured by ICBC as you may end up doing jail time for aggravated assault when wrestling the gun away from him in hopes of saving your life.

I was enraged last week as I read the article in the Pique. This week I'm unbelievably sad for what passes as acceptable behaviour from a company we have no recourse but to pay for "insuring" our safety on the roads of B.C.

Where is the plan?

Having just gone through an election where each political party came up with a plan with costings and priorities I was disappointed that the long-awaited Resort Municipality of Whistler (RMOW) Recreation and Leisure Plan contained no plan of what to do when, and at what cost.

The plan contains an excellent listing of factors to be considered and outline of what the community believes are needed in regards to most sports and leisure activity but nothing further. I would have expected after three years in the making the plan would recommend to RMOW council and community a priority list of what should be done and at what estimated cost.

For example, the plan should have had a plan and priority list to recommend when signs and lines be placed on roads within the RMOW to warn drivers of road-bike lanes?

Are logging roads to be maintained by RMOW taxpayers, so off-road bikers and hikers can access the new RMOW trail being built on the Sproatt?

If dogs are to be kept off playing fields how is that to be done, when and at what costs?

Much time has been spent by RMOW staff and Recreation Leisure Advisory Committee volunteers, and the plan should contain their recommendations of how to rank all these needs and the estimated costs so we can make informed choices.

I found no plan, only an outline of what factors need be considered to make needed decisions to maintain and support the key leisure and recreation activities that are key to our existence here in this beautiful community.

Can opposition activists verify and validate their claims?

Conditional environmental assessment certificates for Woodfibre LNG have recently been granted by the Squamish Nation and the Province of B.C.

Squamish Nation and the province performed independent environmental assessment reviews over multi-year timeframes. The outcome is a very remarkable "first-time" B.C. achievement worthy of acknowledgement in terms of inclusiveness, multi-community engagement, and patience on the path to agreement among all parties involved.

Yet, there exists apprehension with a new Government of Canada influencing the decision by the Canadian Environmental Assessment Agency.

Opposition activists of the project have consistently created a "chill" among any supportive commentators, displaying group intimidation via the tactics of an ideological agenda, loud volume in the streets of Squamish, and during scheduled public review meetings.

Institutional think-tanks, non-profit societies, and their expert spokespeople that were once perceived as probable allies, such as Clean Energy Canada, The Pembina Institute, and Pacific Institute for Climate Solutions, have been dismissed and "thrown to the curb" once their studies and comments threaten the ideological activist's agenda.

However, the dismissiveness of opposition activists of multiple environmental assessment processes and the exhaustive and ongoing study work performed by professional ecological applied scientists, environmental-process engineers and socio-economic consultants, has been alarming.

These professionals have academic credentials, experience, and career-dependent continuous education requirements that best qualify them to be the go-to experts in their specialty field. Professional associations have governance models that include codes of practice, ethics and conduct for the individual member.

Civil and criminal law also protects the public from potential malpractice of professionals. The outcome is third-party checks and balances that create high trust for verification and validation of study findings at that point in time. More studies create greater clarity whether ecological for determining the appropriate mix to process plant cooling (marine intake vs. ambient air) or final financial feasibility.

Are opposition activists held to the same standards with their statements of claim, innuendo and questionable petitions? If evidence from the organized, excessive "pre-scripted and anonymous" digital submissions during the public comment period for the BC Environmental Assessment Office is any indication, I am suspect of origin in numbers of signatures in the current petition.

The Sea To Sky's ability to gain third-party verification and validation for statements of claim is challenged by the sheer magnitude of the group collective belief system: Build Absolutely Nothing Anywhere Near Anybody or what I refer to as BANANAism.

Slow down on highway

Road visibility from Lions Bay to Squamish and Whistler at night in winter conditions is very intimidating — especially when the speed limit can be 100 km/h.

Some (parts of the) road (do not) even (have) proper centre lines, or white edge markers or lines.

Also, we could have more police on the road as most (vehicles) are exceeding the speed limit.

I have been driving this road for 40 years and believe the speed limit should be 80 km/h.

I was on the highway Sunday night and witnessed the horrific accident near Lions Bay (where) a car flipped over a retaining wall and landed on its top in the southbound lane, (hitting another) car, (and causing a) fatality.

Use common sense when out with dogs

I would like to respond to the letter "My Dog Needs Your Dog on a Leash" (Pique, Oct. 29).

Lately it seems there have been a few letters on this topic and I think it's time to hear the other side.

I am a Whistler resident and consider myself to be a responsible dog owner. I always clean up after my dog, I leash her in crowded places, but I do let her run free on the trails or in the parks, during the offseason or at quieter times because she is well socialized and under voice command. Common sense. And I am certainly not alone in doing this.

One of the things I love and appreciate most about living in Whistler compared to Vancouver or any city is that my dog does not have to be on a leash all the time.

Almost every dog I meet up here is happy and relaxed. This is due to the fact that they get enough exercise and socialization because they are able to run off leash on many trails and in many areas.

Let's not underestimate the importance of dogs being able to exercise off leash. No animal can get satisfactory exercise and stimulation if on a leash at all times. It is simply not healthy. And in my experience, the vast majority of people and dogs here are dog-friendly.

So while I appreciate that Mr. Burton, and his dog, face specific challenges, his universal leash request is simply not fair to all the dog owners and dogs that enjoy a high quality of life here.

I really hope we can focus on common sense and being responsible dog owners, instead of trying to enforce leash laws everywhere because of a very tiny minority of people and dogs.

Book buyers and Friends of the Whistler Public Library volunteers braved sun, clouds and rain to make the Giant Used Book Sale a success once again.

A total of $3,800 was raised for library needs. Most recently, the Friends funded the ongoing Film Movement series and a portion of the Children's area renovation.

As always, the Friends are grateful to IGA Marketplace for allowing us to hold the sale in front of the store, and TD Canada Trust and Nesters Market for being collection depots.

Last but not least, thanks to everyone who generously donated books by the thousands, and to those who came and bought armloads of books to read on those long winter nights.

A big thank you to everyone who took part in the 32nd Tapley's Halloween festivities. There was a huge turnout of enthusiastic trick-or-treaters despite the wet weather.

Sixty-five neighbourhood residents once again pulled out all the stops to create a spooky and festive atmosphere, complete with actors, smoke, lights, music, hot adult drinks, and of course, lots of candy!

Huge thanks to Nesters Market and the Whistler Fire Department for sponsoring the spectacular fireworks display, which luckily took place under a clear starry sky. Also big thanks to BC Transit, Whistler Marketplace, Fastpark and the RMOW for organizing the free "Park and Spook" shuttle; to the Waldorf School kids for their creative decorations and to the RCMP for its ongoing support.

Special thanks to Bruce Stewart and Nesters Market for the generous candy contributions, as well as to the IGA, The Grocery Store and local families for their candy donations.

Thanks also to Whistler Secondary School volunteers, lead by Keeley Wentzel for manning the front entrance and organizing the Food Bank drive. And finally thanks to Coast Mountain Photography for capturing photos of Halloweeners, and Whistler Question and Pique for their promotional support.