Letters to the Editor for the week of October 24th

Rezoning application promises big changes to Nita Lake I am concerned that a major change to the visual landscape of our municipality is coming, with little-to-no notice for residents as many readers may not have seen the notices about the Public Ope
Oct 24, 2019 12:15 AM By: Pique Newsmagazine Staff 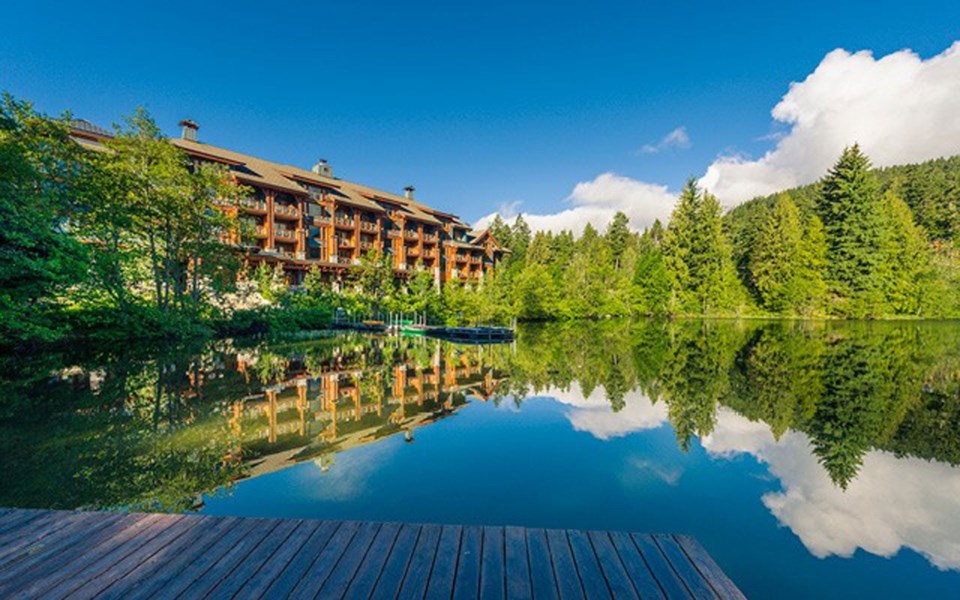 I am concerned that a major change to the visual landscape of our municipality is coming, with little-to-no notice for residents as many readers may not have seen the notices about the Public Open House concerning a proposed new rezoning application RZ1157, 5298 Alta Lake Road. However, G.D. Maxwell once again is on top of another controversial development and calls it exactly as it actually is (Oct. 17, Pique "Misguided proposal not what Whistler needs"). This development promises to not only bring added traffic to Alta Lake Road and at the intersection of Highway 99, but also radically change the appearance of one of our most beloved and pristine lakefronts.

What GD did not point out is that the rezoning back in 2002 was for the purposes of a site-sensitive eco-lodge with small cabins, always with the intention of maintaining the existing natural setting and providing space for an artists-in-residence program that included housing for the artists.

Now, a new developer, the Empire Club, has applied to once again rezone this site, with a project very different from the original proposal. It appears that there was not a lot of opposition to the rezoning back then as it seemed to fit the lakeside site well, but it was not developed.

It is abundantly clear that the current rezoning proposal is inconsistent in terms of density and visual impact with the neighbourhoods currently on the shores of Nita Lake. In order to build this development in its proposed form, there will need to be substantial clear-cutting of this very sensitive lakeside area. It's unclear if the developer could be trusted to preserve the trees on Nita Lake or to provide a long-term tree management plan.

It is unknown if any of the trees would survive the site preparation for building. No other lake in Whistler has the type of density and market rental housing currently proposed. Why Nita Lake? Does Whistler need more nightly tourist accommodation away from the core tourist areas? Should nightly tourist accommodation be mixed with residential housing and subject the existing Whistler residents to increased noise and traffic that is not found in other residential neighbourhoods? Is this consistent with the new OCP?

All residents of Whistler should be very concerned about the long-term permanent effects of this development on the lake and the impact and precedent it may set for other lakeside development.

Yes, GD, the timing and location sucks. It is important for both long-standing and new residents and taxpayers of Whistler to have our views and voices heard and respected by council, the municipality and indeed by any developer who intends to develop around Nita Lake.

(Editor's note: The proponents have a second open house on Thursday, Oct. 24 from 4 to 6 p.m. in the Harmony Room at the Whistler Conference Centre.)

Once again, the farce we call our democratic system raises its ugly head with the simple fact that Canada's popular vote does not reflect the seats in the house.

A promise broken by the Liberals. One of many. Did you know that the Liberal committee's own report recommended proportional representation? However, Liberal members refused to go with the report and recommended abandoning a 2019 deadline for reform.

Now we have a situation where the BQ have less than half the popular vote of the NDP, but a third more seats than them. The Greens? About the same as the BQ, but 10 per cent of their seats. And of course, the Conservatives have the biggest popular vote but are not governing.

Nothing will change unless we demand it. Please continue to pressure your MP to change this undemocratic policy that favours the East.

P.S. We will see another election inside of 13 months.

In the Oct. 17 issue of the Pique, there were two back-to-back articles regarding Joffre Lakes Park and the Nlháxten / Cerise Creek Conservancy. Both articles failed to mention that these places are within the unceded territory of the Lil'wat Nation. Furthermore, Lil'wat Nation is taking an active role, working collaboratively with BC Parks, in the management of these areas.

Last March, Lil'wat Nation and BC Parks celebrated their completion of the Nlháxten / Cerise Creek Conservancy Management Plan. The plan sets out the vision goals and strategies for this Conservancy, including the protection of Lil'wat cultural interests and values.

Lil'wat Nation is also working in partnership with N'Quatqua and BC Parks on a Visitor Use Management Strategy for Joffre Lakes Park to address the impacts from the high number of visitors.

This last summer, collaborative efforts resulted in two First Nation Stewards (one from Lil'wat and one from N'Quatqua) working alongside the Park Rangers at Joffre Lakes Park to inform and remind visitors to be respectful to Lil'wat and N'Quatqua territory.

These initiatives, and other land stewardship work by Lil'wat Nation, are an important part of Lil'wat Nation's overall vision to govern all of Lil'wat Territory, almost 800,000 hectares of land.

It is important to be aware that Joffre Lakes Park and the Nlháxten / Cerise Conservancy are on unceded territory, and public access is a privilege that should be appreciated and respected.

As a long-time homeowner in White Gold, I would like to thank Ed Robinson (project supervisor) and his crew from CME for their recent water main replacement work.

Even though it was a very noisy and dusty operation for a long time, I have only praise for their politeness, consideration and willingness to answer questions.

White Gold looks considerably better than it did before they started their work, and will improve even more once the street paving will be completed in 2020.

The Pemberton and District Public Library Board would like to extend a huge thank you to everyone who made our second annual Oktoberfest a great success.

The evening was made possible through the generosity of our production partners: Squamish-Lillooet Regional District, Event Rental Works, RONA, and Pemberton Valley Supermarket and Coast Mountain Accounting.

Thank you to our beverage sponsors The Beer Farmers, Pemberton Distillery and the team from Northyards Cider Co. Thanks to James Linklater for ensuring the bar ran smoothly, and to The Pemberton Lions for braving the cold to serve up brats and poutine.

And a special thanks to the members of the community, Friends of the Library, Pemberton Canoe Club and PDPL staff that volunteered to make this event happen.

See you next year!

Once again, a successful Used Book Sale was held on the Thanksgiving weekend, allowing enthusiastic buyers to stock up on their winter reading. Big thanks go out to Fresh St. Market for letting us go ahead and have the sale in front of the store in Marketplace as usual—in spite of the construction. We cannot do it without you!

As always, we are extremely grateful to Nesters Market, TD Canada Trust and Creekside Market for being book collection depots. Whistlerites kindly donated hundreds and hundreds of books as usual—and that meant there were plenty of choices for everyone at the sale. Thank you so much!

Loyal volunteers sorted, sold, and transported books, and set up and took down in record time. Thank you so very much for being a part of it all. Buyers were very generous and we raised $3,297.76 in total, which was passed on to the Howe Sound Women's Centre. Thank you everyone and happy reading!