Letters to the Editor for the week of September 17th 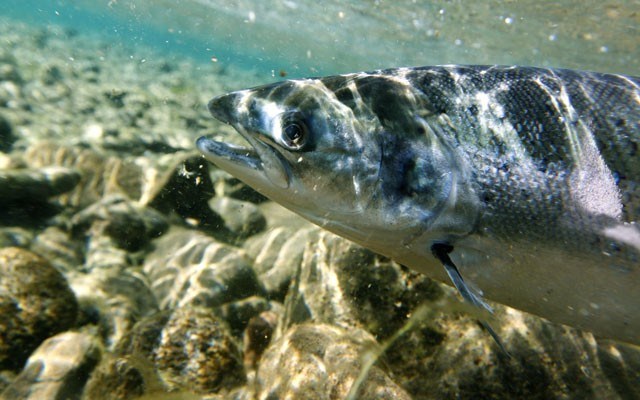 I read with interest John Weston's "letter to the editor" in last week's Pique (Sept.10). He called my concerns expressed over his Conservative government's management of our wild salmon as a "strident ideological viewpoint," and called me a troublesome "hammer!"

John again demonstrated that he thinks he can pull the wool over his constituent's eyes on what a disaster his government's policies have been for wild salmon here in B.C.

When Weston's Conservative government was gutting the Fisheries Act with the passing of Bill C-38 in 2012, four former fisheries ministers spoke out against it, including two Conservatives — Tom Siddon and Whistler's own John Fraser in a written editorial piece published in the Globe and Mail. Somebody better tell our four former federal fisheries ministers to stop taking such a "strident ideological viewpoint."

More than 600 Canadian scientists wrote a letter to Harper speaking out about the gutting of the Fisheries Act, including some of the country's leading experts in environmental protection. I guess somebody better tell our scientists they should put down that hammer?

Under Weston's Conservative Party government we have seen the Department of Fisheries and Oceans operational budget cut by $79.3 million at a time when Fraser River sockeye stocks are in serious trouble. DFO habitat offices across the country have gone from 63 to 15, including the closing of one in our own riding. I guess the idea of actually protecting fish habitat must be a "strident ideological viewpoint?"

I for one believe the residents of West Vancouver - Sunshine Coast­ - Sea to Sky Country riding are smart, and will judge Weston's Conservative government with a hammer of their own on election day!

How to have a successful block party

This is a response to Arne Gutmann's letter in the Sept. 3 issue of the Pique calling the Function Junction block party "pathetic" and blaming us (the Whistler Centre for Sustainability) for it.

First, a correction: We were not responsible for, or involved with the Function Junction party in any way, shape or form.

However, we are supporting and funding five upcoming block parties in Whistler with funds granted to us from the Evergreen Foundation. Called the "Neighbourhoods Work Block Parties," we are providing each neighbourhood with $500 to gather residents, have fun, and share ideas for building stronger connections, sharing neighbourhood assets, promoting safety and more.

And since we share Arne's passion for a good party, we have created a resource page and block party toolkit to help the volunteer organizers put on fun events. Follow the link at whistlercentre.ca.

Finally, with community engagement being one of the Centre's areas of expertise, we recognize how challenging it can be getting community members out to events — even with a party to entice them away from their busy schedules.

We can appreciate the effort that was likely expended by the Function Junction organizers, and would encourage others (Arne included) to get involved in helping to make next year's party meet expectations.

A big thank you to everyone who purchased hot buttered cobs of corn and hot dogs over the Labour Day long weekend along the Village Stroll and in the Olympic Plaza.

You helped the Rotary Club of Whistler raise over $3,300 for the good of Rotary.

Special thanks to The Grocery Store for donating the corn, to Marketplace IGA for the hot dogs and buns and to our sponsors who asked to remain anonymous — thank you, too.

Finally, the successful outcome wouldn't have been possible without the help of the Resort Municipality of Whistler, Food Safe BC and all the volunteer hours by our Rotarians.

Rotary helps people achieve better lives locally and around the world.  Ask a Rotarian how you can be of service.

A whole mix of emotions ran through me when in the same edition of (last) week's Pique (Sept.10) I read about homeless people in Whistler (and plans to help refugees).

(The homeless people) are working and doing their best to get by, with few plans by local government or citizens to help their situation.

(Then) there's a story of how some are helping, and encouraging others to help refugees.

I understand the want of many to offer help. I would challenge how it is being prioritized.

Maybe a little more awareness of our existing hard-working citizens' struggles is needed to boost their issues to the forefront.

Why are Gulf stats not helping

I was very proud of our mayor offering to help with the refugee crisis in Syria (Pique, Sept.10), and we can offer for free any labour and materials we have on hand for any housing needed for refugee arrivals here in Whistler.

It is very hard to watch this crisis and not contribute help in some way, shape or form. Every little bit helps.

I am, however, a little surprised by the lack of effort and concern from all the Arab states.

How many multi billionaire oil sheiks does it take to resolve this disaster? Don't they realize you can't take it with you?

Also, why is it taking the G8 so long to negotiate with these countries and oil barons ?

I am amazed and dismayed that the G8, which calls emergency meetings every time there is a financial, or oil glut crises has not stepped up and dealt with the Arab world leaders.

As a modest proposal, may I suggest the barons build two cities, creating first food, water and shelter and then a permanent city, or two, for jobs and sustainability?

The RMOW birthday party was a good event.

There was, however, one rather significant oversight: where was the recognition of Lil'wat and Squamish First Nations?

It is standard protocol at public events in B.C. to acknowledge the traditional territory of the First Nations on which we now live.

We do this because it's a sign of respect for the people who still live here among us, and who have lived in this same place for thousands of years.

I suspect this oversight was an innocent faux pas by organizers given that Whistler has developed a convenient mythology over time about how the land here was empty, unused, and un-owned.

Time in the Whistler consciousness only begins when non-Aboriginal visionaries saw the true value of the land and set out to develop the world-class resort that it is today.

I'm happy for your birthday Whistler, but it's time to give up the myth and consistently give public recognition to the original inhabitants of this land.

LNG is good for community

In regards to the article, "Candidates weigh in on Woodfibre LNG," and the link to the Propeller Strategy story and survey, which appeared in the Sept. 10, 2015 edition of Pique, it's important to know that should our project go ahead, Woodfibre LNG will bring responsible economic growth to Squamish and the region.

The Woodfibre LNG project will create an estimated 650-plus jobs during each year of construction, and an additional 1,080-plus jobs in indirect and induced employment during the construction phase of the project.

In terms of international safety standards, Woodfibre LNG Limited is an Associate Member of the Society of International Gas Tanker and Terminal Operators (SIGTTO). If you are not familiar with SIGTTO, it is an international non-profit organization dedicated to protecting and promoting the safe and reliable operation of gas tankers and terminals within a sound environment.

The society has consultative status at the International Maritime Organization (IMO), and represents more than 200 companies that operate more than 95 per cent of the world's LNG tankers and terminals. Your readers can verify Woodfibre LNG's membership for themselves by visiting the SIGTTO web site (http://www.sigtto.org/members).

In addition, Woodfibre LNG Limited is committed to becoming a full member of SIGTTO once the Woodfibre LNG project is operational, as is required by SIGTTO.

It's also worth knowing that the Woodfibre LNG Project incorporates all of SIGTTO's LNG Ports — Risk Reduction Options ("Site Selection and Design for LNG Ports and Jetties," Information Paper No.14, June 2004) in its preliminary design. Your readers can learn more by visiting our Q&A web site, askwoodfibrelng.ca where we've posted SIGTTO's list of risk reduction options and our response to each option.

As the Woodfibre LNG site is located on the traditional territory of Squamish Nation, our project is also undergoing a separate and independent environmental review by the Squamish Nation.

Community consultation is also very important to us. In fact, community concern about our project's potential impact on air quality resulted in our decision to power our liquefaction facility with electricity from BC Hydro. Using electricity instead of natural gas will reduce our greenhouse gas emissions by about 80 per cent, and make Woodfibre LNG one of the cleanest LNG facilities in the world.

Have a question for Woodfibre LNG?  We invite you to visit our Community Office in Squamish (38134 Cleveland Avenue), or visit us online at Woodfibrelng.ca.

We are being subjected to a subversive letter-writing campaign by some climate change denier group, and I think it's time to call them on this claptrap. I'm speaking of the letters from Tom Harris — the reader with impressive, if irrelevant, qualifications after his name (Pique, Sept. 10). It's a pretty fair bet that Harris, who lives in Ottawa, does not actually read the Pique or frequent Whistler, but instead scans the net for articles by Environmentalist David Suzuki. He fires off his spam to every small paper in the country that's part of that syndication. Harris calls his letters "co-ordinated local activism" — bafflegab more accurately called propaganda.

Harris, who seems very proud of his university achievements, states no qualifications in the fields of biology or environmental sciences and describes himself as a thermo-fluid scientist. If we chase the money back, his institution gets money from and shares ideas with the Heartland Institute. That Chicago-based think tank has had as some of its most prominent clients Exxon Mobil and Philip Morris tobacco.

These are the very same people who pushed big tobacco's claim that there was no proof cigarettes caused cancer. Now they represent the fossil fuel industry to try to refute human-caused global warming.

In comparison, Harris' organizations of deniers for hire list no donors. For their safety? Oh, come on.

Maybe for the collective safety of our planet it would be best if Mr Tom Harris of Ottawa applied his attention to matters he knows best, like designing pumps for pipelines, rather than trying to sway public opinion against qualified climate scientists.