LETTERS TO THE EDITOR: Go the extra mile 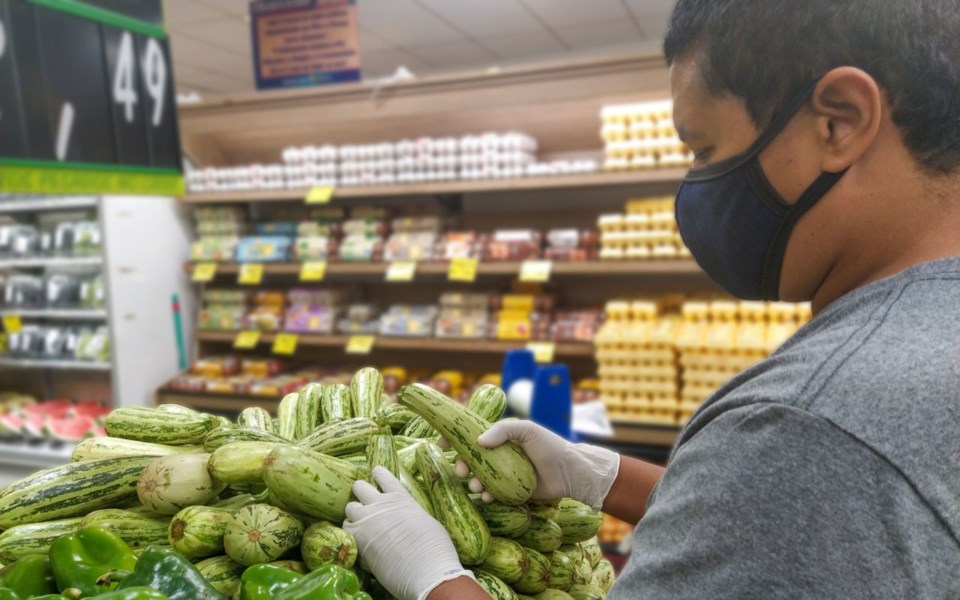 I was a bit disappointed reading the Resort Municipality of Whistler’s (RMOW) many, many caveats for where masks are not required in public facilities (“Masks to be made mandatory in all RMOW facilities,” Pique, Oct. 22).

I was encouraged as the policy does set out attainable, practical, “doable” guidelines for staff and the public using RMOW buildings. True leadership.

Unfortunately, I was confused with the exemption to mask-wearing during exercise activities at the Meadow Park [Sports Centre] gym (and other areas?)

“Yes,” I’d rather not wear a mask and “yes,” it is challenging during aerobic exercise, but it is already being done by a percentage of patrons at Meadow Park.

As the cases of COVID-19 alarmingly rise in B.C. and across the country, I don’t understand why the RMOW created this workaround? Gyms, indoor-riding centres and fitness studios have seen outbreaks with extensive spread and the closing of facilities. Let’s not be one of those.

Elsewhere, RMOW staff has been encouraged to wear masks (even outdoors) in public for safety and appearances purposes. Why then, in a fixed, enclosed area such as the gym would the RMOW allow this unnecessary exception for the gym?

Accept that you will get pushback.

Since you invited letters on mandatory masks, probably expecting some/many to say, “no way, buddy!” I thought I would start your collection of letters with one that says “right on!” (“Masks should be mandatory throughout Whistler,” Pique, Oct. 22).

Waiting until ski season to face another lockdown because we had again misjudged the impact of this COVID-19 thing seems to be a pretty easy thing to want to avoid!

I have masks in my car and all my coat pockets and backpacks and I am happy to note that many Whistler stores have free ones out front right beside the hand sanitizer just in case you forget!

I haven’t checked with the Resort Municipality of Whistler (RMOW) or Mayor Jack [Crompton] to see if, as a Freeman of the RMOW, I am allowed to issue edicts, but if I am, here is my first one:

“Oyez, Oyez, Oyez, mask up and pray for snow so we can start what stopped so abruptly last March 16, and get this season kicked off on the right foot!”

Time for mask-wearing to be the norm when shopping inside

It was good to hear that the Resort Municipality of Whistler (RMOW) decided, with some exceptions, to make masks mandatory in municipal buildings. I have been disappointed with lack of pandemic protocols in some Whistler shops and stores.

My shopping experiences are somewhat limited to a few places. My local bike shop, Coastal Culture, has a good setup: masks required, disposable masks and hand sanitizer available at the front door, and limited customer numbers.

A village ski shop, where I did some Turkey Sale shopping, was equally as good. But other Whistler stores, including a grocery store, are not so good, with no policy requiring masks and no hand sanitizer at the front door.

Surprisingly, the pharmacy where we went for our flu shots had no policy requiring the wearing of masks. There were several customers wandering around without masks, crossing our paths, while we were waiting for the injection. And why do the provincial government liquor stores have no policy requiring customers to wear masks?

While almost all of the employees at these stores wear masks, at least half their customers do not. Employers need to require that shoppers wear masks to protect their staff. They are in a small, indoor space for hours at a time.

Almost all medical scientists, epidemiologists, and national medical authorities now say, because there is a growing body of scientific evidence, that masks will help prevent the spread of the coronavirus.

Dr. Robert R. Redfield, Director for the Centers for Disease Control and Prevention, in the United States said: “We are not defenceless against COVID-19. Cloth face coverings are one of the most powerful weapons we have to slow and stop the spread of the virus—particularly when used universally within a community setting.”

Unfortunately, it seems that most Americans are not following his advice. Our provincial government has had a muddled mask policy, “Wear masks when it is appropriate,” but that has changed. [B.C.’s Provincial Health Officer] Dr. Bonnie Henry recently stated, “It is now the expectation that people will wear a non-medical mask in public spaces.”

As B.C. cases surge, it’s time to make masks mandatory in all indoor settings (unless you are home) with some exceptions for eating, drinking, and exercising. In the meantime, let’s lead the way in Whistler, wear masks to protect each other, shop where the stores have good pandemic protocols.

Hopefully, we’ll avoid having to close down the resort and town once again, but much more importantly, we can save lives.

We are approaching the 11th hour and 59th minute leading up to the U.S. election on Tuesday, Nov. 3.

In spite of [recently] setting an all-time, 24-hour new COVID-19 infections record, with more than 85,000 new cases reported nationally in the U.S., and with the coast-to-coast raging coronavirus pandemic setting new daily records in a large number of states, the Trumpet [U.S. President Donald Trump] has recently repeatedly stated at mass rallies—attended by unmasked hordes who are not practising social distancing—that “we are rounding the corner.”

These rallies are what Dr. [Anthony] Fauci, America’s top infectious disease expert, has termed “super-spreader events.” Fauci has served under five presidents, [is the director of the National Institute of Allergy and Infectious Diseases], and his approval rating in recent polls is more than twice that of the truth-challenged Trumpet.

America has obviously rounded several corners and has returned 360 degrees to the starting point, with a second lap commencing with the onset of colder weather and a new COVID-19 wave in prospect—starting from a record-high level.

With more than 225,000 American deaths so far, recent projections estimate that by the end of February 2021, more than 400,000 Americans may have died from the coronavirus.

[It] is reported in The New York Times that several additional top officials in the White House, including the closest advisers to Vice President [Mike] Pence, have tested positive. Stay tuned for new records!

With a new “wave” commencing after turning the latest corner and arriving back at the starting gates, this may mean that technically The Washington Post may not have to add the Trumpet’s latest “misspeak” to the tens of thousands of documented lies that he has told the American people with a straight face over the last four years.

One definition of insanity is that, like smashing your head against a wall, you continue to repeat the same dysfunctional behaviour.

One could successfully argue that repeatedly stating the denial of reality is an obviously symptom of insanity. The Constitution-writing American Founding Fathers in the late 1700s seem not to have anticipated what to do if the President of the United States is actually insane.

I hope that the smoke is clearing from California, although it seems that the Trumpet is not aware that almost 50 per cent of California’s forests are on federal land, and perhaps he should stop ranting that the Governor of California has caused this year’s terrible wildfires by not having managed the state’s forests properly. This is such an insult to California’s 40 million residents!

No wonder that the Trumpet’s recent quick fundraising visit to California cost almost as much as the funds contributed by this futile trip! President Grump faces personal guarantees of US$421 million over the next three years, excluding a potential payment of US$72 million likely due to a previous federal income tax filing, currently under court review, while his campaign has cancelled tens of millions of dollars of TV commercials in the critical last few days prior to Nov. 3. The Trumpet’s coffers are almost bare, while Joe Biden’s has more than US$170 million in funds planned for this final TV blitz.

So far, the Trumpet has given a total of $0 towards his re-election campaign, he has paid no income taxes for 10 of the last 15 years, according to The New York Times, while paying $750 in federal income taxes on each of the last two years. Many may recall the discredited late Leona Helmsley’s infamous comments a few years ago in New York that “only the poor people pay taxes.”

The Trumpet. A billionaire? What’s that smell?

No wonder he seems to be preparing to challenge the results of the election.

There are numerous other delayed actions by the Attorney General of the Southern District of New York (Manhattan). Clearly, a desperate Trumpet is a threat to democracy, America, and the world.

With his disastrous non-management of the coronavirus pandemic, and with polls of women voters giving Joe Biden a 23 per cent (and counting) lead, how is it possible that the Trumpet might spend another ruinous four years in the White House?

With more than 54 million Americans having voted already in early polls, it appears that our American cousins may have awakened en masse and have smelled the coffee.