We've heard a lot lately about microplastics—particles less than five millimetres in size—and their global ubiquity in aquatic ecosystems. But is it time to consider their movement both within and beyond those ecosystems? In October, U.S.
Dec 1, 2019 12:00 AM By: Leslie Anthony 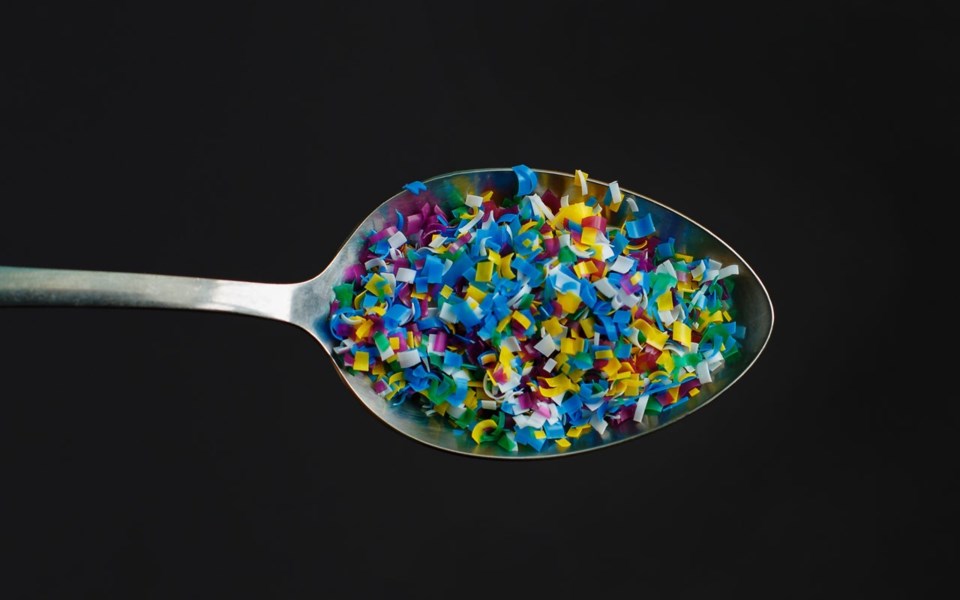 We've heard a lot lately about microplastics—particles less than five millimetres in size—and their global ubiquity in aquatic ecosystems. But is it time to consider their movement both within and beyond those ecosystems?

In October, U.S. researchers published a study that found larval fish nurseries in Hawaii rife with plastic pollution—so much so that trash bits outnumbered animals seven-to-one. As a result, baby fish were found to be feeding on "prey-sized" plastic bits. It doesn't take a scientist to understand that if larval fishes are eating microplastics, these are likely concentrating all the way up the food chain to top predators like tuna.

Just such considerations are now borne out daily on the ticker-scroll of social media: marine scientists find every water sample taken around the Galapagos Islands contains microplastics; an article in Narwhal.ca reports microplastics in the digestive system of Arctic beluga whales harvested as food by Indigenous communities; and a University of Victoria meta-analysis of 26 previous studies on microplastics in salt, beer, sugar, fish, shellfish, water, and air delivers sobering results on our own unavoidable ingestion of these pollutants.

Detailing the latter gives some idea of the problem's scale. The study estimated annual rates of human consumption of microplastics at 40,000 particles for children and 50,000 for adults. With inhalation factored in, the estimate for adults jumped to 74,000–121,000 particles. In addition, those who regularly drank bottled water ingested another 90,000 particles annually, compared to tap water, which delivered only an extra 4,000 particles. Shocking as these numbers are, they're also gross underestimates: with the foods studied comprising only 15 per cent of a typical North American diet, the researchers suggested real numbers in the hundreds of thousands.

So, this much we know: our water and food contain microplastics. Although the effect on our bodies is yet to be completely understood, studies show that while some plastics are expelled, others are absorbed. The tiniest particles enter the bloodstream and lymphatic system, carrying toxic chemicals that can affect immune response. In birds, microplastics have been found to restructure the surface of the small intestine, disrupting iron absorption and stressing the liver.

With such a clear connection between health hazards and consumer practices, microplastics should be a serious concern dictating our tolerance of plastic packaging for food and beverages. The caution extends to consuming foods harvested from, or affected by, microplastics-contaminated water sources. Which brings us to one particular ecosystem: the St. Lawrence River, which drains the Great Lakes—world's largest freshwater ecosystem and home to 30,000,000 people.

Back in 2014, Anthony Ricciardi, Professor of Invasion Ecology and Aquatic Ecosystems at McGill University, raised the alarm over widespread presence of microplastics in St. Lawrence River sediments in the form of polyethylene microbeads used in toothpastes, makeup, and body cleansers. Yet microbeads—since banned in Canada—were only a part of the problem. As Ricciardi and students broadened their studies, he cautioned that microbeads were getting all the attention, but were only one component of the broader category of microplastics. "As time goes on, people are going to realize the importance of the other pieces, too."

Given their high densities in some river sediments, Ricciardi figured that the inevitable ingestion of microplastics by bottom-dwelling fishes, insects, worms and molluscs warranted attention, and his lab turned its attention to microplastics in the freshwater food webs of the St. Lawrence.

Ongoing studies in the Ashpole-Hill Lab at St. Lawrence College in upstate New York have identified microbeads in sediment on that side of the river that also suggest a food-web connection. Preliminary findings from a 2019 survey by graduate student Nathan Pollack confirm some expectations. First, abundance of microplastics significantly decreases with downstream distance from large cities/towns. Second, major physical forms of microplastic (beads, fibres, fragments) also change with downstream distance; at the head of the river, fibres slightly edge out fragments numerically, but far outnumber the latter further downstream, likely due to higher flotation ability. Finally, beads are significantly lower in frequency than either fibres or fragments at all sites.

Pollack also found a significant relationship between the number of particles found in zebra mussels, and those extracted from their main predator, round goby, demonstrating trophic transfer of microplastics between species. The mussel-goby relationship also has a direct quantitative tie to microplastics' abundance in local sediments.

Given the numerous sport and commercial fisheries in the Great Lakes–St. Lawrence basin, such bioaccumulation adds to already existing cautions against using plastic-toxin-containing water for crops or drinking, but also harks back to the ocean off Hawaii—something to think about next time you tuck into a bowl of ahi-poke.