It's hard enough to manage a fishery stock sustainably when the fish stay put. Once they start moving around, it's almost impossible. That's why the European Union and Iceland are heading into a mackerel war.
Feb 6, 2013 8:00 PM By: Gwynne Dyer 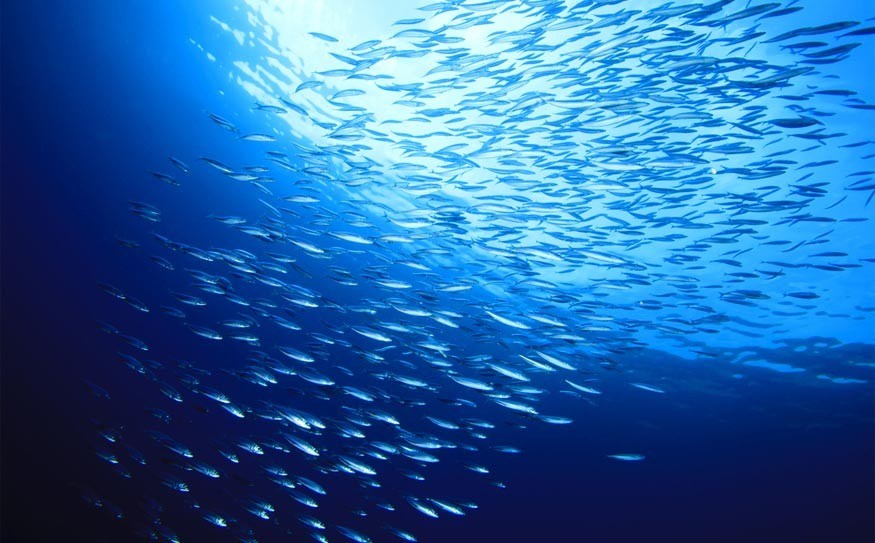 It's hard enough to manage a fishery stock sustainably when the fish stay put. Once they start moving around, it's almost impossible. That's why the European Union and Iceland are heading into a mackerel war. It's a foretaste of things to come, as warming oceans cause ocean fish to migrate in order to stay in their temperature comfort zones.

The conflict this time is quite different from the "cod wars" between Iceland and Britain in 1958 and in the early 1970s, as Iceland progressively extended its maritime boundaries in order to save its cod stocks from over-fishing by British trawlers. Back then, Icelanders were indisputably in the right. If they hadn't acted decisively, their codfish would have gone the way of the world's richest cod fishery, on the Grand Banks of Newfoundland.

Newfoundland lost its cod because it was no longer an independent country, and the cod-fishery ranked pretty low on the Canadian government's list of priorities. Ottawa wasn't willing to pick a fight with other countries over codfish when it had so many other trade issues on the table, from wheat exports to airline landing rights.

Whereas the cod-fishery was the biggest industry in Iceland, and so it fought hard to defend it: British trawlers' nets were cut by Icelandic Coast Guard vessels, there were ramming incidents, and there was much angry rhetoric. In the end Iceland won, as it deserved to — and it still has its cod stocks. (A president of Iceland once told me privately that she believed Newfoundland would still have its codfish too if it had been free to fight for them).

But Icelanders are not saints, and this time they are in the wrong. The issue is the Atlantic mackerel, whose total catch went from about 150,000 tonnes in the early 1950s to over a million tonnes in 1975, and then fell back to around 700,000 tonnes by 2010. A smaller relative of the tuna, its flesh is much in demand in Europe, and it has become a mainstay of the British, Dutch and Scandinavian fishing fleets.

They know that the mackerel stock is being over-fished, and in recent years they have set quotas for the Total Allowable Catch. This required complex negotiations between the European Union (representing the United Kingdom, Denmark, Sweden and the Netherlands) and Norway (which is not an EU member). The talks were successful, but last month the Marine Conservation Society removed mackerel from its "(safe) fish to eat" list anyway.

Bernadette Clarke, fisheries officer at the MCS, explained that "the stock has moved into Icelandic and Faeroese waters, probably following their prey of small fish, crustaceans and squid. As a result, both countries have begun to fish more mackerel than was previously agreed. The total catch is now far in excess of what has been scientifically recommended and previously agreed upon by all participating countries."

What has happened is that global warming caused most of the mackerel to move north-west to the cooler waters around Iceland in the summer — and since they were now in Icelandic waters, Iceland began fishing them heavily. It set a quota, of course, but it is not a EU member, and this unilaterally decided quota was in addition to the one agreed between the EU and the Norwegians.

Last year scientists advised a total catch of no more than 639,000 tonnes of mackerel by the EU countries, Norway, Iceland and Russia. However, about 932,000 tonnes was caught — 307,000 tonnes more than was safe. And almost half of that excess was down to the Icelanders, who caught almost no mackerel ten years ago.

Icelandic Industry Minister Steingrimur Sigfusson told the Scottish Sunday Express: "In the summer you can see mackerel jumping on the water at the harbour, which is something new for us. The numbers coming to our waters are quite incredible and they double their weight when they are here....Our catch will be above the scientific advice but all I am willing to say is we will be as responsible as our situation allows us to be."

Loosely translated, that means that Iceland wants a much bigger share of the Total Allowable Catch because it now has most of the mackerel in the summer, while the countries that traditionally fished the mackerel are digging their heels in and trying to hold on to their old quotas. "We will be as responsible as our situation allows us to be" could also be the slogan of the EU countries – and it isn't responsible at all.

Maybe they'll all see the light before they fish the mackerel out, but the EU is now muttering about sanctions, and Icelanders don't respond well to outside pressure. Everybody involved understands what's at stake here, but they are all answerable to their own fishing industries at home, not to international law (there is none on this issue) or to some wise and impartial arbitrator. So there may not be a deal. Good-bye, mackerel.

The problem is not really greedy Icelanders or stubborn British. It is climate change. And we will see many more disputes like this, some of them with a much higher risk of violent confrontation, as the warming proceeds and fish stocks dwindle.