MAXED OUT: Time for a change of leadership 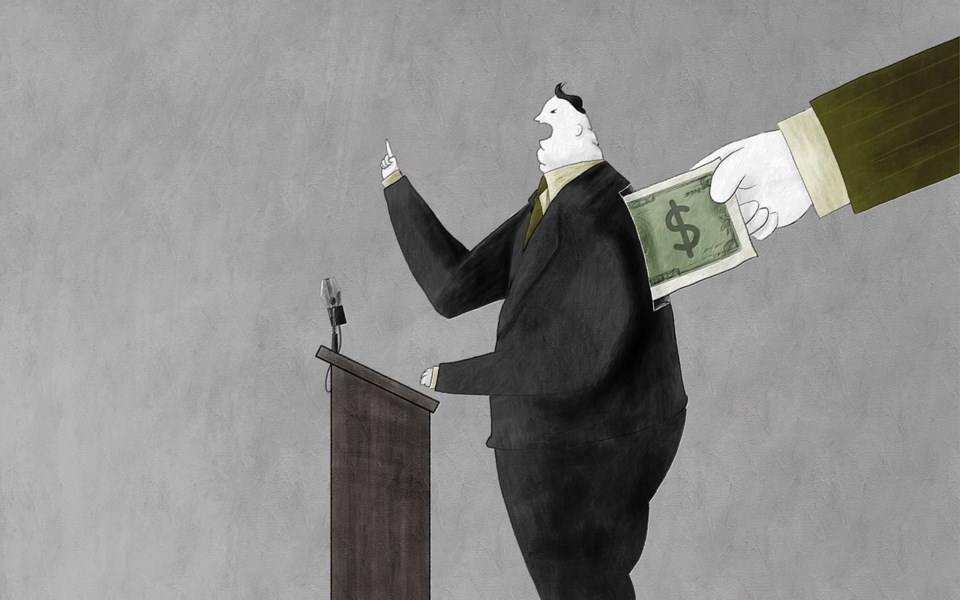 With apologies to Mother Goose—is that name safe from the current wave of political expurgation?—it seems ever more likely Justin Trudeau may well be the little piggy that went “WE, WE, WE” while staying at home. Perhaps, being fluently bilingual, he was actually saying oui in response to questions about his supersized conflict of interest.

I have a friend, I think he’s seven years old, but might be eight by now, who admonishes me whenever I use the word “stupid” in his presence. I think I hear his mother speaking through him when he does, but that is neither here nor there. I fear I shall disappoint him this week but then, he shouldn’t be reading this anyway.

I could be wrong, but I’ve come to the conclusion JT’s inability to comprehend a conflict of interest when one bites him on the arse—which seems to occur with frightful regularity—has less to do with anything nefarious and more to do with his seemingly bottomless pool of stupid. If stupid could fuel cars, I’m sure Jason Kenney would be drilling the depths of JT to help make Alberta great again.

And so, for the first time and quite possibly the last time, I find myself in agreement with Bloc leader, Yves-François Blanchet. It’s time for JT to take a long walk in the woods like his daddy did in the snow in 1984 and decide to step away from 24 Sussex Dr. and let someone else live in that dilapidated residence.

The good news is there is an adult in the cabinet room to take over the reins of power. Remarkably, one without any conflict over the WE debacle we know about. Sorry Bill, definitely not you. This is particularly good news since there is no opposition leader I’d trust to lead a kazoo orchestra, let alone the country.

I don’t believe Chrystia Freeland has a soupcon of stupid in her. Where would she hide it if she did? She’s sharp as a tack, strategic, no-nonsense and would likely be the best Prime Minister Canada’s had in several decades. I think it’s safe to say with her background as an investigative journalist, she is even capable of recognizing a conflict of interest when one pops up like a weed in summer.

And if that’s not enough, the Orangutan-in-Chief down south absolutely hated her during the negotiations for the petulant one’s torn-up NAFTA 2. It would be ripe for her to be a head of state wishing him a happy retirement in November.

If the whole WE thing has eluded you, I commend you for leading a more meaningful life. It means you’re not paying attention and, quite frankly, there are days—weeks, months and quite possibly all of 2020—I wish I could join you. Let me see if I can sum it up as briefly as possible.

JT and the Liberals were looking for another group of people to dole out money to. Students, whose hopes of finding summer employment were as scarce as a hot, sunny day in B.C., came immediately to mind. So they earmarked almost a billion dollars to pay them to volunteer, a phrase that in normal times would seem impossible but makes as much sense as anything else these pandemic days.

Unnamed bureaucrats determined the only group capable of shovelling a billion dollars out to students before the summer turned to autumn was the charity WE. You can be forgiven for having never heard of them before... unless you were either part of JT’s family or a cabinet minister. Ironically, the unnamed bureaucrats have been the very people shovelling hundreds of billions of dollars out to almost everyone else in Canada but let’s not dwell on that. Let’s also not dwell on the opacity of this particular decision.

Cabinet, meeting under their own dome of silence and secrecy tight enough to make the Star Chamber blush, rubber-stamped the “recommendation” and WE were set to rock ‘n’ roll.

It was shortly after this someone at Canadaland, whatever that is, noticed JT’s nose visibly lengthening and dug a bit deeper. Now, you have to understand that what you or I might think of as a benefit isn’t necessarily what JT and his family think of as a benefit. Mama Kemper, née Trudeau, née Sinclair, was paid $250,000 for speaking or appearing at 28 WE events between 2016 and this year. I would consider a quarter mil a benefit and I’m pretty certain you would. Maggie and JT?

His brother and wife also made spare change speaking at WE events. But being neither his mother’s, brother’s nor wife’s keeper, JT couldn’t possibly have known about that. If he had, theoretically, known about it, he would have been being economical with the truth when he said his family hadn’t benefitted, not to say lying. OK, lying.

To make matters even more conflicty, Finance Minister Bill Morneau’s daughter worked a gig with WE in 2019 and another daughter did something WE-ish. The Natural Resources Minister didn’t want to be left out. He long ago raised funds for WE when they had a name that made sense.

That’s more than you need to know. Cabinet ministers and the PM rubber stamped an untendered, opaque, billion-dollar contract to an outfit with a silly name with whom they had close contacts and/or monetary links. Bad enough. The PM prevaricated about the coziness of those links. Worse. He apologized. Of course he did.

I’ve voted Liberal more often than I’ve voted anything else. If my memory was better than JT’s, I’d probably remember I’d always voted Liberal. Given the dearth of leadership among the other parties, I’m sure I will again. But Justin, it’s time to leave. Set Chrystia free and spare us yet a third charge of conflict of interest... this time a serious one.

As much as I’ve enjoyed having a drama teacher, snowboard instructor and lad as PM, I’m thinking a Harvard grad, Rhodes Scholar, prize-winning author and journalist, etc., just might be a step up. And while politics did run in her family, she’s only held elected office since 2013, hardly enough time to dip a toe in the cesspool of corruption. I’d consider her squeaky clean.

So, nothing personal, JT, but, time to do the right thing. Ask Chrystia if you’re uncertain, she knows what that is.