I don't remember exactly who came up with the term "Whismas," a colloquialism for the Whistler Mountain Bike Park's (WMBP) annual opening day.
May 30, 2020 1:00 AM By: Vince Shuley 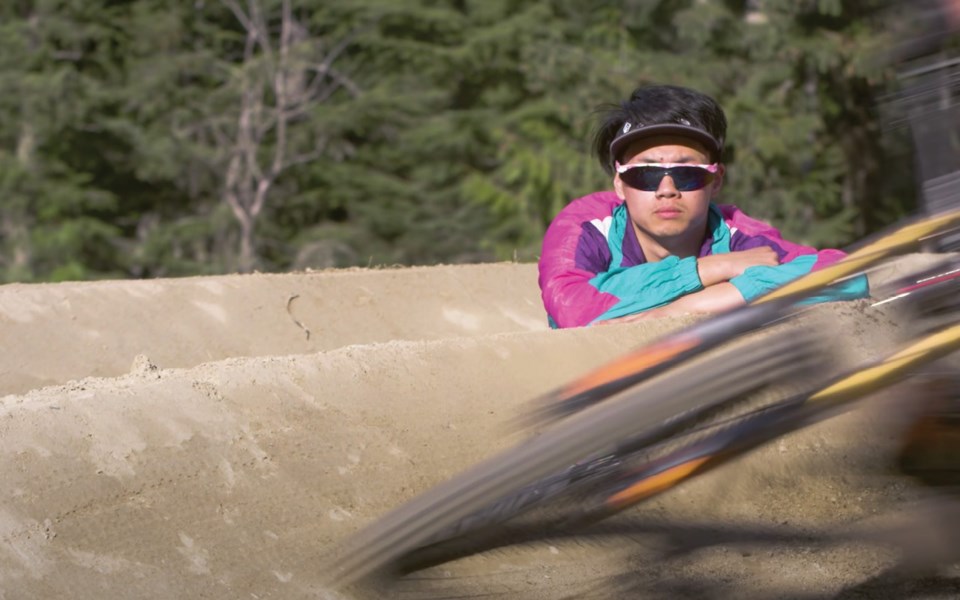 I don't remember exactly who came up with the term "Whismas," a colloquialism for the Whistler Mountain Bike Park's (WMBP) annual opening day. It could have been a fervent downhiller expressing their enthusiasm online or some clever staff member in Whistler Blackcomb's marketing department. Either way, we have Vancouver-based film studio IFHT to thank for the mic-drop-worthy YouTube music video titled Whismas, a remix of Metro Boomin's "Space Cadet," set to rap lyrics such as:

And I only ride park yes, I'm park rattin'

Brush the cobwebs off with a double black

Routine poutine then another lap

First day on the bike got me feelin' sketchy

Fell down on some roots, now I gotta wedgie"

Whismas is traditionally a bit of a gong show. People travel from all over the region to ride WMBP because we're (usually) the first bike park to open. Trails are limited. Lines are long. People waste no time in wrecking themselves with their own overstoke. But despite all that, it's one of the highest-vibe days in Whistler's calendar, when people flock to the Fitzsimmons Express to ride some of the best trails in the world and bro out in the lift line.

I'm not in the early-morning lineup crowd for Whismas, nor am I in the uber-dedicated-kids-who-camp-out-the-night-before-opening lineup. But I do try to make it later that afternoon for a lap down Orient Express at least, if for no other reason than to remind myself how lucky I am to have WMBP within a pedal ride of my residence.

The rumour mill around WMBP's opening (or not) has been the talk of the town and I believe Whistler Blackcomb when they say they're doing everything they can to open and keep people safe at the same time. The last thing anyone needs is a mob of disgruntled park regulars whining about how golf courses are opening but for some reason, the bike park remains shut. No need to explain the apples and oranges there. I'm happy to patiently wait it out and see before committing to a season's pass. After all, there's plenty of other trails to ride in the meantime.

I've always viewed WMBP as a complementary addition to Whistler's mountain bike network. Mountain bikers don't just travel to Whistler to ride Crank it Up and A-Line anymore. They're riding Dark Crystal and Lord of the Squirrels, both of which involve putting your head down and grinding away at a climb for up to hours at a time. But with the modern, versatile bikes, more trails than you can shake a stick at and three different high-speed lifts, two-wheeled travellers would be remiss to not take a couple of days to explore WMBP's vast trail network.

We've all heard the reasons to avoid bike park: long lines, braking bumps, Joeys clogging up lower Heart of Darkness. Yes, all of those things do happen, mostly on Saturdays in high summer. But there's ways to avoid all of that noise if you know where you're going.

Last week, I watched an Instagram Live interview from @Crankworx with bike park trail crew templar Peter Matthews, whom you may remember from all of those hilarious Trail Engaged videos. He described the utopian bike park as a ski hill where you can spread out by simply pointing at something then begin riding in that direction. Snow lends itself more easily to that, of course, but WMBP is closer to that experience than any other bike park in the world. Yeah, there's epic alpine riding in the European Alps and there's sick flow and gnarly gnar in other parts of B.C., but nowhere else can you link all that together in a single run like you can off Whistler Peak. If you haven't yet ridden from Top of the World down to Creekside via Khybers, Middle of Nowhere, Kashmir etc., you haven't experienced one of the best lift-accessed trail descents on Earth. Make sure to bring your A-game (including food, water and tools) and be comfortable riding mostly double blacks. If it opens.

Whismas isn't cancelled yet. We all gotta hold on to our dreams.

Vince Shuley is dreaming of the Moon Booter. For questions, comments or suggestions for The Outsider, email vince@vinceshuley.com or Instagram @whis_vince.