More work to be done on TFWP

No doubt there are some disappointed businesses in and around Whistler this week following the release of the Liberal budget March 22.
Mar 23, 2016 6:00 PM By: Clare Ogilvie 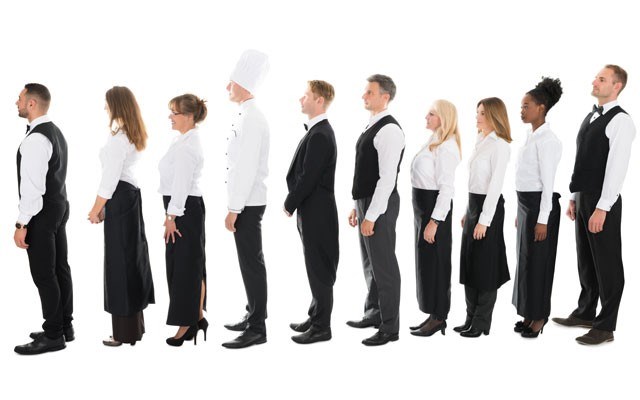 No doubt there are some disappointed businesses in and around Whistler this week following the release of the Liberal budget March 22.

Many were hoping the budget would announce changes to the Temporary Foreign Worker Program (TFWP) offering some relief to the on-going and problematic issue of labour shortages, which has plagued the resort for some years now.

But we're out of luck on this one for now.

While the Liberals said they are committed to bringing in 300,000 permanent residents in 2016, the budget doesn't specifically mention reforms to the TFWP. And it doesn't include a commitment to creating pathways to permanent residency either.

The Liberals have promised a review of the controversial TFWP program although no timeline has been given.

During the election campaign, the Liberals said they would implement a five-point plan to "fix" the TFW program ensuring it would be "returned to its original purpose: filling jobs when qualified Canadians cannot be found. The program should be used in exceptional situations and be dedication to the Liberal vision of immigration, creating and encouraging a pathway to citizenship for those who come to Canada to do work."

Last month the Liberals quietly provided an exemption to the cap for all seasonal industries that employ workers for a maximum of 180 days — the seafood processing industry in Atlantic Canada was the big winner there.

Those employers still have to undergo a labour market assessment for each position to confirm the job cannot be filled locally, but for 2016 there's no limit to the number of foreign workers they can bring in under the program.

The change was made without a formal announcement or news release on Feb. 19 and is effective until the end of the year, reported the Globe and Mail recently. The exemption allows an employer in any seasonal industry to bring in an unlimited number of temporary foreign workers, provided the work period is less than 180 days. Employers must still make efforts to find Canadian workers.

It could be argued that Whistler is a seasonal resort — summer and winter, but already the restaurant industry has slammed the federal government for not allowing its members to take advantage of the exemption process, so it is hard to imagine that Whistler eateries, for example, would have much success.

"I'm discouraged that it's only select sectors that are getting singled out for special treatment, particularly when there are other businesses in areas with much lower unemployment that are being denied," Joyce Reynolds, Restaurants Canada's executive vice-president of government affairs told the Globe and Mail.

Delegates of the Whistler Chamber of Commerce, Whistler Blackcomb as well as local Liberal MP Pamela Goldsmith-Jones went to Ottawa ahead of the budget to lobby for changes to the TFWP to help Whistler and indeed other resorts deal with the challenging labour market.

It's all well and good to say, "let's hire Canadians first" — and there is no doubt that businesses should — but let's also be realistic. An unemployed oil worker from Alberta used to earning six figures is not going to come work in Whistler at a lot of the jobs on offer — he or she is going to take EI as long as possible — and with the new budget that's now even longer.

The Chamber has been stating its case since the changes were announced in June of 2014. Part of its rationale lies in pointing out how strong the Whistler economy is — $519 million in annual tax revenue for three levels of government and $1.53 billion in annual provincial GDP generated by consumer spending in Whistler.

Of the businesses surveyed, 78 per cent said they had instituted a wage increase in the last six months to attract or retain staff.

The most sought-after employees, according to Chamber members, were line cooks, housekeepers, servers, bartenders, hosts and front desk agents.

About 14 per cent of businesses reported needing management positions as well.

This is not an issue that is going away just because the Liberals failed to address it adequately at this time. Strong lobbying is still needed by all stakeholders so that the issue is not lost in committee, as the new government gets up to speed.

As the Liberals forage ahead into a head-spinning deficit of more than $113-billion over five years, arguing the economy is in worse shape than when original promises were made, it will be all too easy for it to lose sight of the TFWP issue.

It's up to Whistler and affected stakeholders to make sure that doesn't happen.