Mother's Day in the rear-view mirror

I knew Mother's Day was coming. After all I had to check to make sure that everyone else was organized for the day.
May 14, 2014 10:00 PM By: Clare Ogilvie 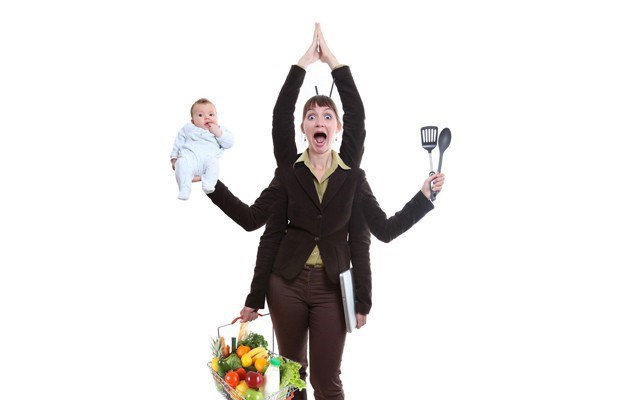 I knew Mother's Day was coming. After all I had to check to make sure that everyone else was organized for the day.

Was there time assigned out from after-school activities and carpooling for the kids to shop, make a card, make a gift? As a full-time working mom could I squeeze that into the few hours I have with them each day?

I needed to arrange work to absolutely make sure I wasn't working — it's true I have lost count of the number of Mother's Days I have worked — and this year the family was clear, that's enough.

It's not that I mean to put work before my family, and certainly on an emotional level I don't. But it is the reality of most working moms that jobs and careers often force their way into first place.

You wouldn't think in this modern age that would be a problem, but it still is. When you peel back the layers of paint in the house we call society the layer that says, "boys go to work and girls stay home" hasn't faded all that much, and it plays havoc with a mom's feelings of guilt and sometimes the family dynamic.

The fact that I am writing a column about Mother's Day days after it is past is perfectly reasonable when you consider that around the world moms, on mom's day, still put everyone else's needs above their own... it's only after the day is over we have time to actually reflect on it.

I was interested to read, for example, that the woman who is credited with founding Mother's Day, Anna Jarvis, came to believe the idea had been corrupted into nothing more than a way to sell cards, flowers and chocolates. She may not be far off the mark considering that collectively we spend $20 billion on the occasion — yes, that's billion!

And like all holidays, someone is always excluded. Take a moment to consider how those who are unable to have kids feel every time they see posters advertising the day in mall, or hear and see all the media ads proclaiming the need to celebrate and spend.

There are also so many who have lost their children in wars, to diseases or are estranged — what a bittersweet time for them.

"Bittersweet" is a powerful word in the context of Mother's Day. You would be hard pressed to find a woman who would give up any of the freedoms and opportunities gained in the last hundred years, but most would also love a magic wand so they could be in two places at once — the office and the school concert, the boardroom and the overnight trip to the aquarium, the restaurant and child's room for the bedtime story and kiss goodnight.

Sadly, just as there are no manuals for raising kids there are no magic wands, which is too bad as magic might be the only weapon that would work in the continuing fight for wage parity, just as one example of the pressures working mom's deal with.

Women in Canada still earn on average 25 per cent less than men do and do the bulk of housework and childcare, according to the most recent figures from Statistics Canada.

"The gender division of labour has been there a very long time; it's evolving, but it's evolving very slowly," Diane-Gabrielle Tremblay, a professor of labour economics, innovation and human resources management at the University of Quebec in Montreal told CBC.

"What we're seeing is a rather slow change partly because organizations where people work aren't changing that much."

Women who had children earned between 12 and 20 per cent less than women without children. Along with child rearing, women in North American families also do a greater share of the housework.

In Canada, women spent an average of 13.8 hours a week on domestic chores in 2009 versus 8.3 hours for men, Statistics Canada reports

But there is another interesting trend showing up in the statistics these days. A article in McLeans tells us that couples with female breadwinners have almost quadrupled, from an eight per cent share in 1976 to over 31 per cent in 2010. The comparable number for the U.S. is 22.5 per cent in 2011.

"The best clue for the source of the rise of the female breadwinner comes from splitting the data by the education level of the female partner," states the magazine in its June 2013 issue.

"Here there's a solid trend: Women with a Bachelor's degree or higher are more likely to live in a female breadwinner family than those with lower levels of education.

"Between 1976 and 2010, the median yearly earnings of men with full-time jobs barely moved at all while the median earnings for females jumped by over 25 per cent. This may go a long way in explaining why we have seen such growth in female breadwinner families. Female median wages have increased; male median wages have not. Females still earn less, but the gap is closing."

Of course this change does not come without consequences from the way we raise children, to the need for governments to recognize this and address childcare issues, to the way parents, and their need for flexibility, are treated in the workplace.

There is one other powerful consequence that Whistler, as a tourist destination, needs to keep front of mind — many working moms have money and they are usually the ones who book vacations.