Netflix: not too big to fail 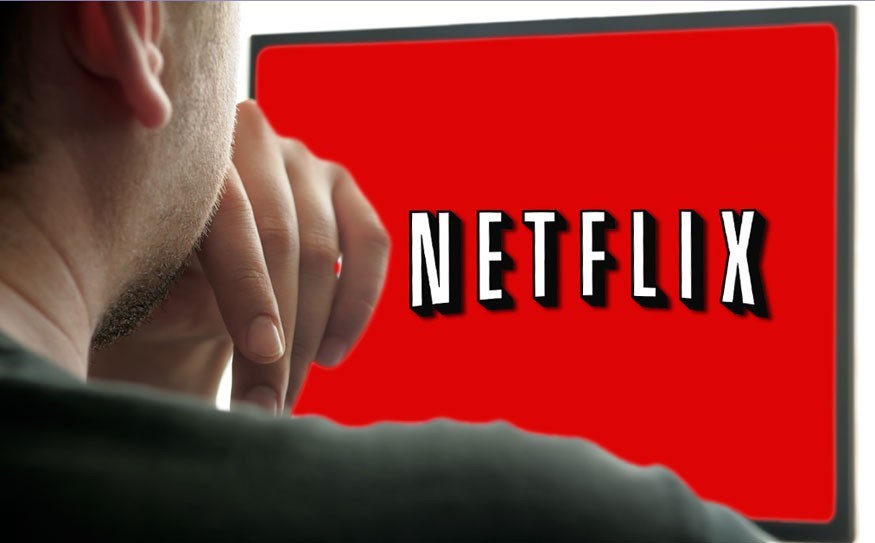 Netflix should be on top of the world right now. They have 36 million subscribers (29 million of them in the U.S.), they've launched several successful series on their own (such as House of Cards, Hemlock Grove and — to the joy of many — a reboot of Arrested Development) and they're so influential in television that they've been credited for saving smaller shows like Community that would otherwise have been cancelled. They've also been given credit for drumming up huge audiences for shows like Dexter, The Walking Dead and Breaking Bad.

But Netflix and their redistribution model has never sat well with the major studios, who get a fraction of the revenue from Netflix as they do from networks, commercials and mainstream distribution channels. Their model has also never sat well with the networks that greenlight and finance television productions, taking all the risk in the beginning only to have Netflix swoop in a few years later to offer their shows commercial-free and à la carte.

While we're at it, Netflix has also been something of a thorn in the side of Internet companies, who are seeing a growing amount of bandwith being taken up by Netflix streaming — around a third of internet traffic during peak periods these days. It doesn't help that most ISPs — Rogers, Shaw and Bell in Canada — are also in the cable/satellite television business, and they're losing customers paying $80 a month to Netflix's $8 a month service.

There's a very real chicken-and-egg paradox to consider here; if Netflix destroys the networks then what will people watch on Netflix?

Things also took an interesting turn last week as some 1,800 movies and shows were pulled from the Netflix library by Warner Bros., with those titles migrating to their own $10 a month download service. Last year Netflix lost Starz and it's rumoured they'll lose Viacom by the end of the month when that contract expires as well.

In the broader scheme of things it's not necessarily a big deal — this week Netflix also announced they were adding 500 more titles, and lots of great content is still available. But it's also abundantly clear that Netflix doesn't really own the rights to a whole lot of content and content isn't guaranteed to subscribers in the future. At this point it seems like it's only a matter of time before companies producing television shows and movies will be forced to make a decision: let Netflix keep doing what they're doing at the prices they're doing it; force Netflix to raise prices and pay more to the creators and distributors; or find a way to offer a competing streaming/download services of their own. The latter option, though popular among studios right now, is extremely risky as content creators risk losing their audience entirely by dividing the market into a dozen different subscription services.

It's not all bad, however. Smaller networks like AMC and Showtime are thrilled with the Netflix model. People can go to Netflix and get addicted to shows by watching the first few seasons, but if they want to keep watching and stay up to date then they're going to need to need to get cable or pay iTunes to feed their addiction. It takes a long time for shows to get to Netflix — everyone's favourite benevolent serial killer Dexter is on Season 8 with a Season 9 rumoured, while Netflix is only up to Season 3 in the U.S. (They actually were further than that at one point but had later seasons pulled to increase viewership and DVD sales.)

Between Xbox Video and Netflix, I'm one of those people who's starting to realize they don't really need cable anymore, that I could save money by cutting cable and increasing my Internet plan.

However, none of the big Canadian ISPs offer unlimited bandwith anymore, some of them throttle traffic in peak hours, and it's entirely possible that I could go over my monthly limit and have to pay extra for service.

Netflix is also cracking down on shared accounts, making it harder for people to stream on multiple televisions or devices, or to share an account between roommates. The result is that I may one day require two accounts or a slightly more expensive family plan for my household (announced last week for $12).

There are issues with this as well, ranging from download speeds to bandwith caps, and the biggest issue — the relative lack of content in Canada at the moment — continues to be a stumbling block. U.S. subscribers get thousands more shows than Canadians do, and while American subscribers will be able to watch Season 4 of Arrested Development in late May, it's going to be awhile before those shows are available here.

There are good reasons why content is slow to arrive, including the fact that studios and networks right now have little incentive to release it, and don't necessarily see the benefit of releasing it on Netflix — other than to generate more viewers and a little buzz in the short term.

If your future includes more Netflix and less cable, I recommend the Roku 3 media player these days though they're hard to find. Apple TV is not bad either, and if you game then the Xbox is a killer multimedia device, as are the PS3 and new Wii U.