Here we go again. North Korea launched a ballistic missile of intercontinental range on Sunday (saying it was just putting up a satellite) only weeks after it carried out its fourth nuclear weapons test (which it claimed was a hydrogen bomb).
Feb 10, 2016 5:00 PM By: Gwynne Dyer 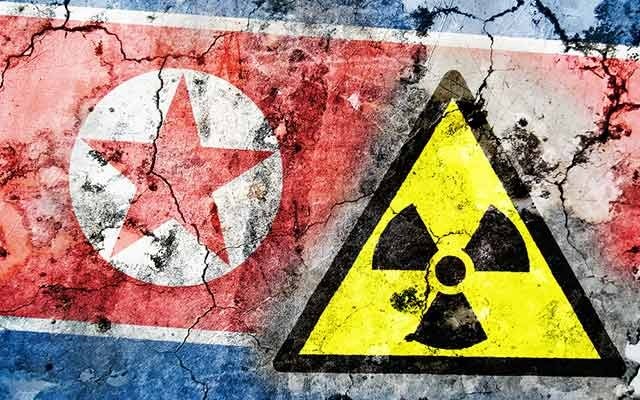 Here we go again. North Korea launched a ballistic missile of intercontinental range on Sunday (saying it was just putting up a satellite) only weeks after it carried out its fourth nuclear weapons test (which it claimed was a hydrogen bomb). The United Nations Security Council strongly condemned it, and even the People's Republic of China, North Korea's only ally, expressed its "regret" at what the country had done.

There will certainly now be more UN sanctions against Kim Jong-un's isolated regime. But there have already been four rounds of UN military and economic sanctions since North Korea's first nuclear test in 2006, and Pyongyang just ignores them.

Clearly, this is something that the North Korean regime wants so badly that it is willing to endure considerable punishment in order to get it. But why is this very poor country spending vast sums in order to be able to strike its neighbours — and even the United States, for that is what the intercontinental ballistic missiles (ICBMs) are about — with nuclear weapons?

Well, here's a clue. What the North Korean government said after last month's hydrogen bomb test was this: "The DPRK (Democratic People's Republic of Korea) is a genuine peace-loving state which has made every effort to protect peace on the Korean Peninsula and security in the region from the vicious U.S. nuclear war scenario."

"The U.S. is a gang of cruel robbers that has worked hard to bring even a nuclear disaster to the DPRK... By succeeding in the H-bomb test... the DPRK proudly joined the advanced ranks of nuclear weapons states... and the Korean people demonstrated the spirit of a dignified nation equipped with the most powerful nuclear deterrent."

Never mind the stilted rhetoric and gutter abuse; North Korean propagandists always talk like that. Listen to the key words that are almost buried under the surrounding invective. North Korea's nuclear weapons program, they say, is meant to "protect... the region from.. .the U.S... nuclear war scenario" by creating a "most powerful nuclear deterrent."

Really? Do they actually fear that the United States might use nuclear weapons on them, and that they can only be safe if they have their own hydrogen bombs and ICBMs? Are they doing all this purely as a defensive measure?

Of course they are. However bad-tempered and impulsive they sounded, the men of the Kim family, father, son and grandson, who have ruled North Korea in dynastic succession for the past 68 years were not crazy. They never started a war, because they knew they would lose it, and the current incumbent is certainly not going to start a nuclear war.

Everybody in the North Korean hierarchy (along with some millions of other North Koreans) would certainly be dead only hours after the regime launched nuclear weapons at any of those countries. The United States has literally thousands of nuclear weapons. It would take only a few dozen quite small ones to virtually exterminate the entire ruling elite, and North Korea would have no way of stopping them.

A few not-very-high-tech nuclear weapons would give Pyongyang no usable ability to launch a nuclear attack against the United States or its allies. They would, however, give it a pretty credible nuclear deterrent.

Launching a few nuclear weapons against a major nuclear power is suicidal, but those same few weapons can be a perfectly good deterrent against a nuclear attack by that same power, because they give the weaker party a capacity for "revenge from the grave." Even a country as powerful as the United States will behave very cautiously when faced with the possibility that an opponent might land even one or two nuclear weapons on its territory.

North Korea is just doing the same thing that Pakistan did in the 1980s and '90s out of fear of Indian nuclear weapons, and that Iran was doing in fear of both Pakistani and Israeli nuclear weapons in the last 15 years.

The Security Council is quite right to try to block North Korea's nuclear weapons program, and the successful use of international sanctions to stop Iran offers some hope that it may succeed. But North Korea is not a crazy state plotting a nuclear holocaust at the cost of its own extinction. Its nuclear weapons program is a perfectly rational — although highly undesirable — policy for a small country with a big problem.