MAXED OUT: Is it one step forward or two steps back? 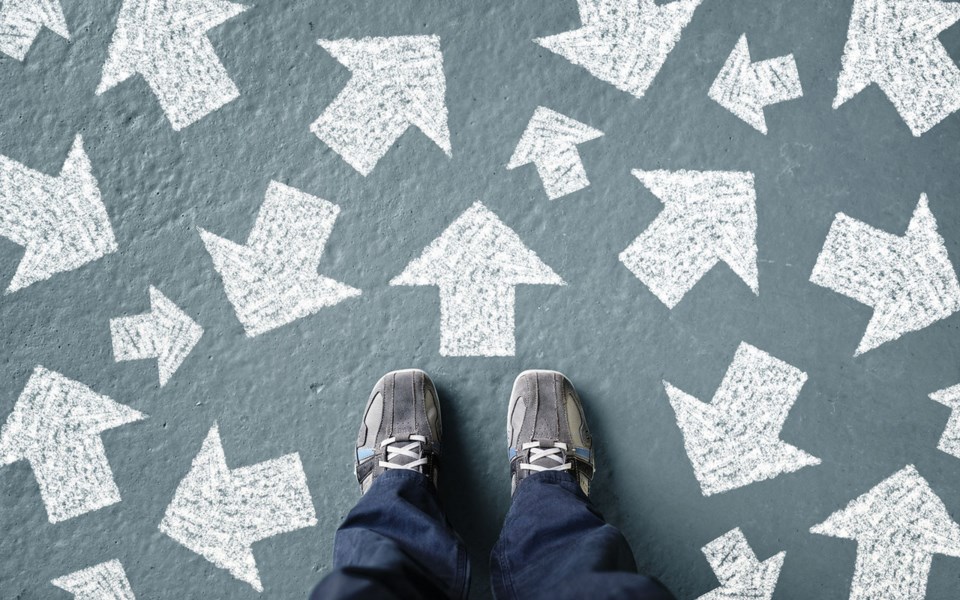 Once again this week, I’m struggling with the yin yang of evolution and erosion. The hopeful, positive, glass-half-full part of me still clings, ever more desperately, to the notion humans are evolving toward enlightenment while the hopeless, nihilistic, whisky’s-almost-gone part has nearly relegated humans to the trashbin of soon-to-be-extinct life forms.

Part of what’s driving this high dive into the possible divergent roads ahead is the gong show south of the border, the part of North America I used to call home. Where to start? Gravity pulls me toward the ever-petulant Orangutan-in-Chief but that seems too easy. Not that there isn’t an endless trove of misdeeds there to explore but like the current pandemic, it’s been done to death.

But perhaps his invasion of Portland, Ore., is the prologue to a new chapter, the Occupation of Amerika, or at least what he reviles as Democratic America. Cribbing a page from the Dictator’s Handbook, the unspeakable man-child sent federal agents—decked out like adolescent trick-or-treaters in camo tactical gear with no name tags—cobbled together from different federal agencies and “organized” as rapid deployment teams under the “control” of the Department of Homeland Security, to “protect” federal buildings from Black Lives Matter protesters, also known as anarchists.

As part of their building-protection agenda, they engaged with protesters, beat them, snatched them off the streets and pulled them into unmarked cars, tear-gassed indiscriminately and generally acted like the storm troopers they’d become. Of course, this was done after the Democratic governor of Oregon asked for federal troops to put down the riots. Oh, wait a minute, I got that wrong. Actually, Gov. Kate Brown demanded the troops be removed from the state since, in her words, it was all just political theatre being played out to rally the Trump supporters.

Political theatre seems a trifle nuanced to my way of thinking. This is out and out fascism from a president who seems to have a serious bromance issue with strongmen dictators around the world. Achtung, baby.

But sadder still, and tipping the scale toward extinction, is the seemingly unshakable 30 per cent or so of Amerikans who slavishly support both the man and the actions. I’m not certain what their view of a Great America is, but it seems much more like Orwell’s 1984 than any version of evolving toward enlightenment I can think of.

I’m sure within this cohort is embedded many of those who believe the simple prophylactic of wearing a facemask in crowded public places is akin to slavery—a loss of political freedom they’re certain is protected somewhere in the U.S. Constitution, not that they are likely to have ever read it.

“Ah don’t believe it is within the power of the government to force people to do something like this,” drawled one municipal lawmaker on the nightly news. There was, unfortunately, no footage of him getting into his pickup truck and driving home without having fastened his legally ordered seatbelt.

“I’d rather die of COVID than wear a facemask,” said another libertarian snipped into the same story. I listened with wonder at his reptilian brain and its inability to conceive it may well not be him who would die and whether he’d be so cavalier about having his spouse/partner die, his children, siblings or parents die because of his, or someone sharing his views’, refusal to so something so simple and other-directed. But then, it is reminiscent of all those lacking empathy who fervently hate homosexuals until their child comes out of the closet or march against abortion until their daughter needs one after being raped.

There are no people who have personally experienced this pandemic or been close to someone who has who believe it’s a hoax. But there are plenty who haven’t who are sure it’s a nefarious plot to steal their liberty, or thwart their re-election. Such is the myopia of the true unbelievers.

To avoid this being turned into a whiny rant so popular on this side of the border, looking south for all the ills of the continent, let us ponder the evolution-erosion continuum in the Great White North.

Our very own, still-popular PM, once again facing conflict of interest allegations, chose a sick day Monday and failed to show up in Parliament to receive the wrath of the opposition over his oopsie in the WE charity, untendered, billion-dollar boondoggle, after having said he looked forward to it. I’m pretty sure it was a sick day because I can’t believe he’d use a well-day pass to stick his ministers with the job of dodging questions about the issue all day.

Watching the various stand-ins deflect thinly veiled allegations of graft reminded me of a nearly hidden gem of a line in The Maltese Falcon. Asking Joel Cairo, who’d been questioned all night by the police after being pinched in Sam Spade’s apartment if he’d spilled the beans to the cops, Cairo responded, “No, but I certainly wish you would have invented a more reasonable story. I felt distinctly like an idiot repeating it.” I saw the same look on their faces, coupled with a wistful longing to have phoned in their own sick day.

Then again, I’m guessing JT needed a little more time to think of a good excuse for both the contract itself and his moment of forgetfulness when he said no one in his family had ever derived a financial benefit from WE. Apparently, “Because it’s 2020!” just rang hollow as an answer.

Should we need more evidence of our collective downward spiral, let us pause for a moment and consider the crushing, if self-destructive, sheer boredom of the newest cohort to feel the kiss of COVID—20- and 30-year-olds. Seems like just a few months ago they were tsk-tsking their parents for not taking the pandemic seriously and continuing to go to Yoga-For-Stiff-Old-Folks classes at the community centre.

But now, having binge-watched everything on Netflix, having gained seven kilos baking sourdough bread daily for three months, having gotten to the hair-pulling stage from Zoom working at home with bored children interrupting every few minutes to let them know the dog threw up on the living room rug... again, they’ve decided enough is enough. Time to par-ty.

Ironically, the cocktail of drink, socialization, bars and house parties is setting the stage for an extremely difficult step—sending kids back to school—to become an impossible step in the face of a second wave of virus, thus sealing their fate to be housebound into the foreseeable future.

It makes me wonder how, just a few generations ago, everyone coped with an endless war, rationing, deprivation and no Netflix.

Evolving or eroding? You decide.