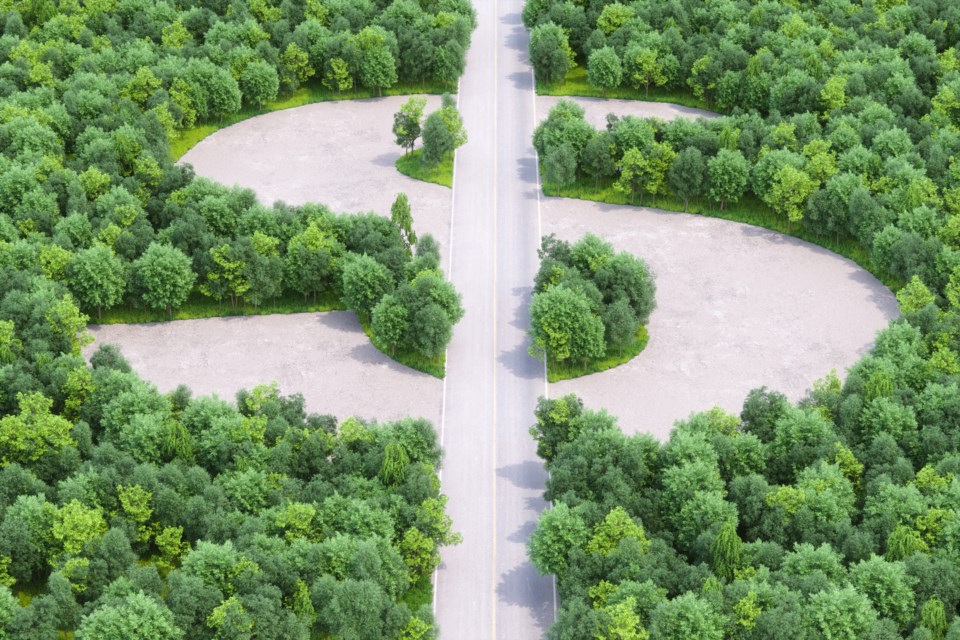 How do we get governments, hotel chains, transportation, related tourism businesses, and the traveller to value nature in their balance-sheet equations?gettyimages.ca

Hiking some of the trails around Whistler in recent days has had me thinking about the value of our natural surroundings.

I don’t just mean in the Japanese forest-bathing sense (although I absolutely understand this value after 15 months of pandemic lockdown)—I mean the capital value it has to our local, provincial and national economy.

The last year has been one of incredible ups and downs for the community and all those who rely on tourism to make a living. It has also been throughout the COVID-19 months that most of us have asked ourselves what lessons we are going to take away from this slow down in order to reimagine ourselves better.

Pique has looked at this across various cover features, news stories and letters as well, and the general consensus is that we don’t really want to return to the near-overtourism we were experiencing before the pandemic.

Said Tourism Whistler president and CEO Barrett Fisher at a May 14 virtual panel discussion on the future of tourism hosted by the Whistler Institute, “… there is a real concern that too many travellers could visit a destination to death.”

So how do we get governments, hotel chains, the transportation sector, related tourism businesses, and the traveller to value nature in their balance-sheet equations?

In Whistler we understand this intuitively, but that does not mean that all levels of government reflect this—otherwise there would be no more logging of old-growth forests, no more fracking, no more destruction of our valuable wetlands, protection of our water, and B.C. would be taking steps to protect its biodiversity.

A 2020 report by McKinsey & Company looked at this. “The report finds that expanding nature conservation could have measurable economic impacts, and makes a compelling case for investing in protecting natural capital.

“To reduce the erosion of natural capital, scientists and policy makers have called for the permanent conservation of at least 30% of the planet’s surface by 2030, nearly doubling nature conservation on land and in national waters.”

It is interesting to consider this finding given the conclusion of a report that came out late last month, which found that, “Generally, successive governments in B.C. have failed to meet international standards and other important legal commitments to protect and restore its biodiversity.”

The report card drawn up by environmental groups Ecojustice and the Wilderness Committee looked at B.C.’s performance in five broad areas of nature. All but one category received a failing grade.

“The mistreatment of ecosystems and species in B.C. is a travesty. Living in a province with such vibrant diversity both at the species and ecosystem level is a gift,” said Charlotte Dawe, conservation and policy campaigner for the Wilderness Committee.

“Biodiversity is the backbone of life. Yet B.C. governments, past and present, somehow remain ignorant to this reality. Their dismal actions prove they don’t understand the severity of the biodiversity crisis.”

The groups are calling on B.C. to promote Indigenous-led conservation in order to meet targets for protected areas and commitments under the United Nations Declaration on the Rights of Indigenous People. Protected areas must recognize and advance Indigenous rights and title, knowledge systems and governance.

The World Economic Forum said, “natural capital can be defined as the world’s stocks of natural assets—soil, air, water, grasslands, forests, wetlands, rocks and minerals—and all of its living things, from mammals and fish to plants and microbes. Conservation experts estimate that these resources contribute more than US$125 trillion to the global economy every year.”

Another group, the Capitals Coalition, a global consortium of 380 initiatives and businesses, is trying to “change the math.” The organization seeks to persuade at least half of the world’s businesses, financial institutions and governments to incorporate natural capital into their decision-making by 2030—Canada is doing this, but the path appears to be a long one.

At a municipal level, an organization called the Municipal Natural Assets Initiative (MNAI) is helping local governments understand and manage natural assets within their core financial and asset systems just as they would with critical engineered alternatives.

It’s not about putting a dollar figure on our natural assets, it’s about valuing them and what they do in the same way as we might, say, our sewage and water plants, and that means recognizing the jobs they support, as well as the importance of their upkeep and protection.

Whistler is in the early stages of its own MNAI assessment and we will likely see a Phase 1 report in the coming weeks (stay tuned to Pique for more on this). But by way of example the Initiative did some work in Gibsons, B.C., and found that naturally occurring ponds in White Tower Park provided $3.5 to $4 million of storm-water storage services annually.

The natural world needs a seat at the table, now more than ever before, and as Marco Lambertini, Director General of the World Wildlife Fund (WWF) said, “… Humankind faces an important choice: to take concerted action to protect the planet and change our relationship with the natural world or squander that opportunity.”