Ornulf Johnsen – A life on skis

My friggin' feet no longer operate as fast as my god damn brain wants them to in order to avoid being catapulted into space when hitting the first bump!" - Ornulf Johnsen, Whistler's First Director of Skiing His sense of humour is sharp.
Oct 16, 2009 8:29 AM By: Michel Beaudry 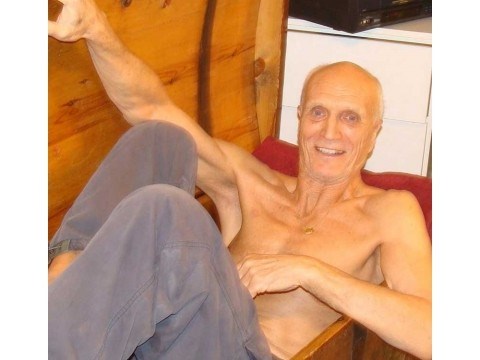 My friggin' feet no longer operate as fast as my god damn brain wants them to in order to avoid being catapulted into space when hitting the first bump!"

His sense of humour is sharp. Though he claims he's long past his prime, the venerable Norwegian snoweater has lost little of his edge. I mean, this is a guy who makes 75 look like the new 50. Deep-set eyes and a high forehead; pronounced cheekbones and a nearly gaunt profile. Tall. Very tall. And straight as an arrow. Strong-looking, too. Almost military in bearing. Looks to me like he doesn't spend much time sitting around...

And by the sound of his stories, he never has.

I've known about Ornulf Johnsen for years. But I've never really known his story. Back in another life, I knew him as the innovative ski school director at Grouse Mountain who introduced short skis to beginners - and created a revolution in learning. More recently, I've caught sight of him from time-to-time with a bunch of ol' boys cruising the Peak in search of powder. Or as he says: "...when the wind is just right, the sun at the right angle, and the snow so fine that you'd rather stick your face in than ski it. Puff!"

Until this week, however, I didn't realize how big a role Ornulf had played in Whistler's very early years.

Originally recruited by Roy Ferris and Alan White to run the mountain's first ski school, Johnsen has pursued a life of snow adventures like few others I know. From teaching NATO pilots how to survive winter crashes in the 1950s to becoming the American embassy's official ski instructor in Chile in the early '60s, Johnsen's resume defies easy categorization. But the fact that he suddenly found himself on the West Coast of Canada in 1964 promoting a remote ski area still under construction - and never left - somehow works for me.

But as usual, I'm getting ahead of myself. Where was I?

It was Ornulf's first e-mail that caught my attention. "Realizing your enthusiastic appetite to keep up with "old and new" here in the Valley," he wrote me, "I thought you would get a chuckle out of reading the attached blurb." Everyone knows I'm a sucker for a good story. And this one had all the necessary ingredients - kooky ski stunts, a cameo by the legendary Dag Aabye, and a rough-and-tumble Whistler Mountain.

An aside: for those of you not up on your local folklore, Dag Aabye was the valley's mountain prankster back then. An incredibly bold skier who pioneered some of the region's hoariest descents, Dag combined rare gymnastic talent with an artist's mountain perspective. And he was happy to share his eccentric ski vision with anyone who cared to follow. What I didn't know before, however, was that Dag's appearance at Whistler was entirely due to Ornulf's influence. But we'll get to that story later.

"Back in the first winter season of Whistler," Ornulf wrote, " Paleface and Goat's Gully became the favourite runs for some of us when coming off the mountain in the afternoon. In those days, there was nothing but moguls. Moguls as big as houses. Moguls everywhere. Groomers? Are you kidding? We didn't even know how to spell the word."

It was all about sweat equity in those days. "Franz (Wilhelmsen), when feeling in an exceptional good mood, would occasionally get hold of a bunch of guys, hand them shovels, and tell them to go and get rid of 'those g.. d.. things.' Pay? A lift ticket...."

Equipment was also basic in 1966, "Mostly 215s, leather boots, Marker toe piece bindings with leather thongs, steel poles. And... Aaah!... Alpine Joe's sexy stretch ski pants... (you felt fast even standing still in them) made to measure... What a time!"

In that first year, Ornulf explained, there were two distinct camps at Whistler: those who rode down in the gondola and those who skied down the gondola. But merely skiing the run wasn't good enough for Dag. He wanted a challenge. "'Skiing on two skis is too easy,' Dag told us. So after we skied out on two skis, we dropped off one ski, took the gondola back up again, ran the gondola run, moguls and all, on one ski, left leg one day, the other leg the next day. Pretty soon, the legs were strong as steel and we made it down stopping only once or twice."

Now I didn't arrive in Whistler until the early 1970s. Still, negotiating the bump nightmare that was the Gondola Run on the ski out was a considerable feat - even then. But doing it on one ski? Outstanding.

And that was just the beginning. "Well... wouldn't you know it," wrote Johnsen, "Dag then reasoned: 'If we can handle the long Gondola Run on one ski, the short Goat's Gully should be a breeze!'" Breeze? The others in the group weren't so sure, he adds.

"Anyway," continued Ornulf, "then Charlie... (everyone knew Charlie... you know... the guy who always wears a big grin on his face... skis on the inside ski all the time... ski boots and skis that look like they are home made... always in a red sweater... Oh, yes... that guy... doing the Charleston... Yes, that fellow who doesn't talk much but smiles all the time. You got it... that guy!") shows up.

"I'm standing on top of 'the Goat' with one ski on, ready to take off. I go. Got a good run in. I turn around to see Charlie taking off. There he is... Charleston and all... flicking his skis side to side down the moguls... not very fast... super control... smiling... wonderful balance and style... looking like it's 'a walk in the park'! Humble Pie..."

How could I resist such a story? Indeed, I wanted more. So I made a point of getting hold of the ol' snoweater. And you know what? The man has a memory chest full of tales.

He was born in 1934 in the southwestern corner of Norway in the old Hanseatic Kontor of Bergen. With its deep fjords, lofty mountains and rainy weather, Bergen resembles nothing so much as B.C.'s Wet Coast. During World War II, it became a strategic plum for both the Axis and the Allies and most of the town's kids were relocated to what Ornulf describes as "west coast farms, you know, the kind where you need to farm and fish to make ends meet."

Hard times. And even harder economic conditions. But Johnsen says he learned a lot from those years. "We did our studies in a one-room schoolroom," he tells me. "Three grades on one day; four grades on the other. Only one teacher - but he made it clear to us from the very beginning. 'I'm not a teacher,' he said. 'I'm an organizer of learning. The only way we can get through this successfully is if all of you help me.'" He stops speaking. Sighs. "It was the best school I ever attended."

Ornulf can't recall a time he didn't ski. "It was just part of life," he explains. "After you finished breast-feeding, it was like 'here's your baby bottle, here are your skis..." He laughs. "When you live in Norway, when winter is a major part of your life, the only way you'll go out and play is either on skates or on skis."

Back in Bergen after the war, Ornulf was increasingly drawn by skiing's appeal. Although the region is not the wintriest of Norse burgs, it still has significant mountains nearby. "When it was white on top of those mountains, skiing would call to me," he says. Another happy chortle. "The call was too strong. I couldn't fight it."

As a teenager, Ornulf gravitated towards the many jumping hills and cross-country trails scattered throughout the Norwegian backcountry. "I was never a great ski jumper," he admits, "but in my country, jumping is like hockey in Canada. Everyone does it." The 1950s were a heady time for skiers. New technology was rampant and young people were getting involved in unprecedented numbers. "It was about that time," he recounts, "that light fixtures were installed at jumping sites and cross-country trails for night skiing. So that's where we hung out most evenings..."

Fun for a while, says Johnsen, but he knew he needed more education. "I was 17 and had no real work skills," he admits. "So I signed up with the military." Say what? It was a career decision, he adds, that would completely change his life. "It's funny how things happen, you know. The military actually made me get even more involved with skiing." He smiles. "I became an officer pretty fast, after that it was all about learning."

Learning indeed. Remember this was during the Cold War. Norway was virtually on the frontlines of the Russia/America conflict. And Ornulf was right in the thick of things. Given his particular skill set, the young Norwegian was soon recruited to teach NATO personnel how to survive in winter in wilderness conditions. "I worked a lot with British officers," he says, suppressing a chuckle. "I have some good stories about that too." But it will have to wait...

Next Week: follow Ornulf as his ski-pro career takes off and he befriends a quirky young Englishman by the name of Roy Ferris.