Overtourism, a new force of nature

It's #TravelTuesday! I know this because it's an Instagram thing I sometimes engage in. Being a travel writer and all, I have an archive worth of imagery to share that a lifetime of Throwback Thursdays (#tbt) can't accommodate.
Jun 13, 2018 6:00 PM By: Leslie Anthony 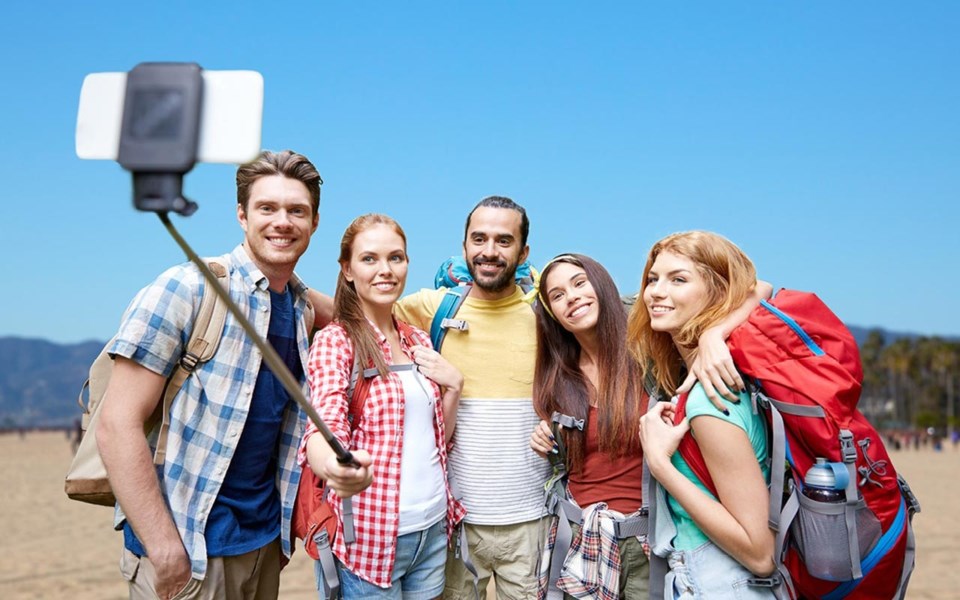 It's #TravelTuesday! I know this because it's an Instagram thing I sometimes engage in. Being a travel writer and all, I have an archive worth of imagery to share that a lifetime of Throwback Thursdays (#tbt) can't accommodate. But doing either makes me part of a problem whose growing impact on the environment may exceed the totality of all other human impacts on the planet. The problem I speak of is overtourism.

Because it also happens to be a sujet du jour in Whistler, this isn't the first time I've addressed the issue and it won't be the last. But a couple of recent reads have put it front and centre in my mind.

Writer Allison Jane Smith sums it best with the title of her piece in the online magazine Bright—"The Next Trend in Travel is ... Don't"—offering no shortage of high-profile examples to bolster her argument that for many destinations, tourism is destroying environments and driving out local residents. It's time, the article insists, to rethink the purpose of travel.

To the first point, Smith begins in Bali, where a garbage emergency and eroding beaches have created a bona fide ecological crisis that shows no signs of abating as the island seeks to add to its already seven million per year tourism total. On she moves to Thailand, which has closed an entire island because of environmental degradation from visitors. Such degradation can be seen almost anywhere these days, from the Grand Canyon to Machu Picchu. It's clear in many places that things which once seemed manageable with lower visitor numbers have passed a breaking point—a refrain heard around the Lower Mainland, where dwells an entire troop of poster boys for overtourism.

To the next point, examples are even more legion. Last year Spain—and in particular Barcelona—experienced a major backlash against the crush of tourism that manifested in graffiti, signs and eventual street protest. The citizens of Venice, Italy (half of whom have been driven out in recent years by high rents and other costs), were hot on their heels. And who can blame them? Some 20 million people a year visit that city—a virtual crush of humanity that has turned a vibrant, historic city into a sad caricature of itself. It was already one of the most crowded places on earth before cruise ships started docking in high numbers, which has really tipped the livability balance (BTW, Pique Arts Editor Alyssa Noel wins for best commentary on the livability phenomenon, speaking of Whistler in her June 7 column: "this is a hard place to live—rent, gas and freaking cheese eat up an entire paycheque").

Elizabeth Becker well knows the behemoth of travel and tourism, and its capability of doing both great good and great damage. The author of Overbooked: The Exploding Business of Travel and Tourism, Becker's starting point is one most aren't aware of: tourism and travel is an $8 trillion annual industry and the largest employer on Earth, sustaining one in 11 people. Her conclusion is that neither operators nor tourists will reel in this monster, which requires government intervention. "Most governments still measure tourism success simply by the number of visitors. The more, the better. For the moment, officials have been reluctant to regulate tourism to the benefit, first of all, of their own citizens. Instead, tourism is seen as an easy moneymaker and a short cut to economic development ... France, Bhutan, Costa Rica and Canada are among the few countries with governments willing to co-ordinate policies of sustainable tourism and they haven't suffered: they are among the most popular destinations in the world."

I was both surprised and heartened to find our own country on that list, though locally, there are exceptions. Places like Banff, Port of Vancouver, and Quebec City are far better managed than other places of industrial tourism like Cambodia's Angkor Wat, Petra in Jordan, and Nepal's Mt. Everest trek, but it doesn't mean they'll stay that way. As Becker sums it: "Cities and societies can be just as vulnerable to runaway tourism as ocean beaches and forest habitats and governments need to do the hard work of taming tourism for them as well."

Perhaps along with deciding not to go, my next #TravelTuesday post will be a blank—a semiotic for a conscious choice to save someplace—anyplace—from my added impact.