"There’s a Rush lyric for everything, particularly for guys like me that are growing older and facing larger questions of mortality"
Jun 26, 2020 9:00 AM By: Andrew Mitchell 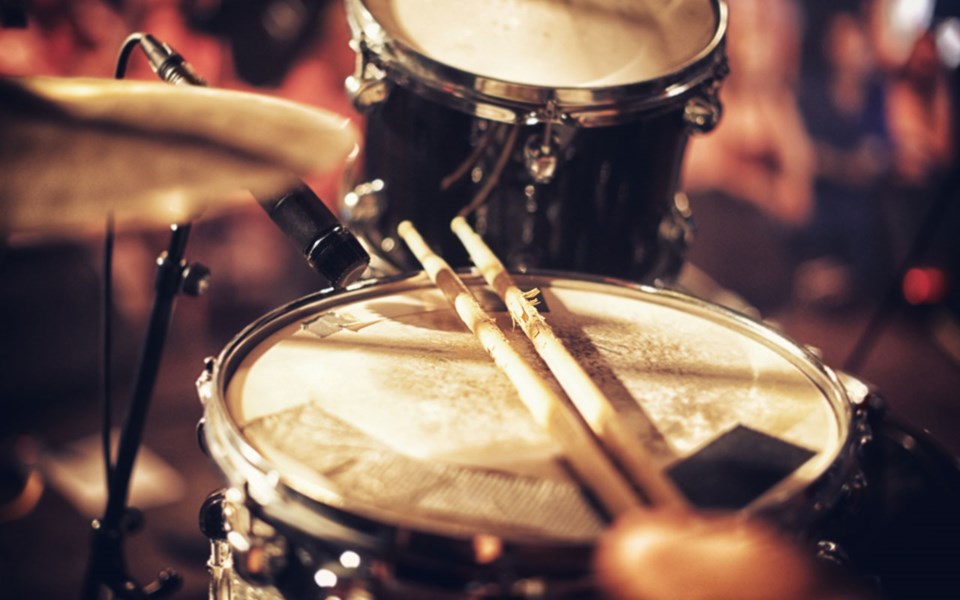 Although we’re only at the halfway point, people are already wondering when 2020 will be over. Wildfires, threats of war, a global pandemic and financial collapse, racial conflict and police brutality, killer hornets… the list is long and full of terrors.

For myself, the bad news started on Jan. 7 with the announcement that Rush drummer Neil Peart, acclaimed as the greatest of all time, had passed after a long, private battle with glioblastoma—the same rare brain cancer that took the life of another Canadian music legend, Tragically Hip singer Gord Downie, just over two years earlier.

Rush fans knew Peart was having health issues and most of us made sure to be in the stands for R40—Rush’s 40th anniversary tour in 2015—because it was very likely going to be the last chance to see one of the greatest bands in history play live. The applause in sold-out Rogers Arena continued long after the band left the stage, the house lights came on and a crew of roadies rappelled down from the ceiling to disassemble the set. But nobody really knew what those health issues were, and his death came as a sad shock to legions of fans. Even the Prime Minister felt compelled to make a statement.

It’s hard to sum up what was lost. Peart was humble, funny and profound, a poet-philosopher who not only ruled on the drums but also wrote some of the most enduring lyrics in music.

And he was cool. After concerts, he wouldn’t hang out backstage or head to his hotel, he’d jump on his motorcycle and, still sweaty from working the largest drum kit in the rock world for close to three hours, start driving to the next concert venue.

He mixed up time signatures like it was routine, never played the same fill twice in a song, and pounded out some of the most iconic drum solos ever recorded.

“I never set out to be famous,” he once said, “I set out to be good.” In the Rush documentary Rush: Beyond the Lighted Stage, Kiss frontman Gene Simmons recalled that Rush would go back to their dressing room after playing shows to practice their art instead of joining the backstage party. They were truly in it for the music.

Spirits fly on dangerous missions / Imaginations on fire / Focused high on soaring ambitions
Consumed in a single desire / In the grip of a nameless possession / A slave to the drive of obsession / A spirit with a vision is a dream / With a mission (“Mission,” Hold Your Fire, 1987).

There’s a Rush lyric for everything, particularly for guys like me that are growing older and facing larger questions of mortality.

We are young / wandering the face of the earth / wondering what our dreams might be worth / learning that we’re only immortal / for a limited time (“Dreamline,” Roll the Bones, 1991).

Peart wrote books, turning an inconceivable personal tragedy—the loss of his daughter in a car accident followed by the loss of his wife to cancer 10 months later—into a wider search for understanding on a 55,000-kilometre road trip through North and Central America.

Rush never broke up or disbanded in the end; they went silent after R40. Everybody who has ever picked up a musical instrument and tried to play along with Rush can understand why it couldn’t go on forever. Rush is hard. Their music was far too complex, too energetic, too technical, too physically demanding, too epic, for the aging process. It was bordering on superhuman for the trio of Peart, Geddy Lee and Alex Lifeson to accomplish what they did.

That’s why I’ve come to believe that Rush really is the objective standard for excellence in music. The benchmark and the bass line.

Whatever the measure—musicianship and technical skill; lyricism; creativity, live performance; global recognition and fan base; ongoing relevance to music and pop culture; longevity; records sold and, while we’re at it, T-shirt sales—Rush sits at the top of the heap.

There are people who won’t agree. While it’s a free country, I’ve come to the conclusion that those people are simply wrong. It’s like saying you don’t like the art of Van Gogh because he used too much blue or giving two thumbs down to Citizen Kane because its was 15 minutes too long. If there could ever be an objective standard for quality in music, it has to be Rush, who in the end were bigger and better than any one person’s opinion.

If you want to understand how people really feel about this band, do yourself a favour and listen to the live version of “Tom Sawyer” from Rush in Rio. If the sound of 50,000 fans losing it doesn’t give you chills then you are missing out.

With Canada Day coming up and all the usual parades and public gatherings on hold, this July 1 is going to be a time of reflection as much as a time of celebration. What better time to listen to Rush, 100-per-cent Canadian, and one of the greatest bands of all time.