The shots are unmistakable. Echoing through the blue light of dawn in Churchill, Manitoba, the crack-crack-crack of bear bangers means only one thing: someone is attempting to haze a polar bear out of town.
Nov 23, 2019 11:45 PM By: Leslie Anthony 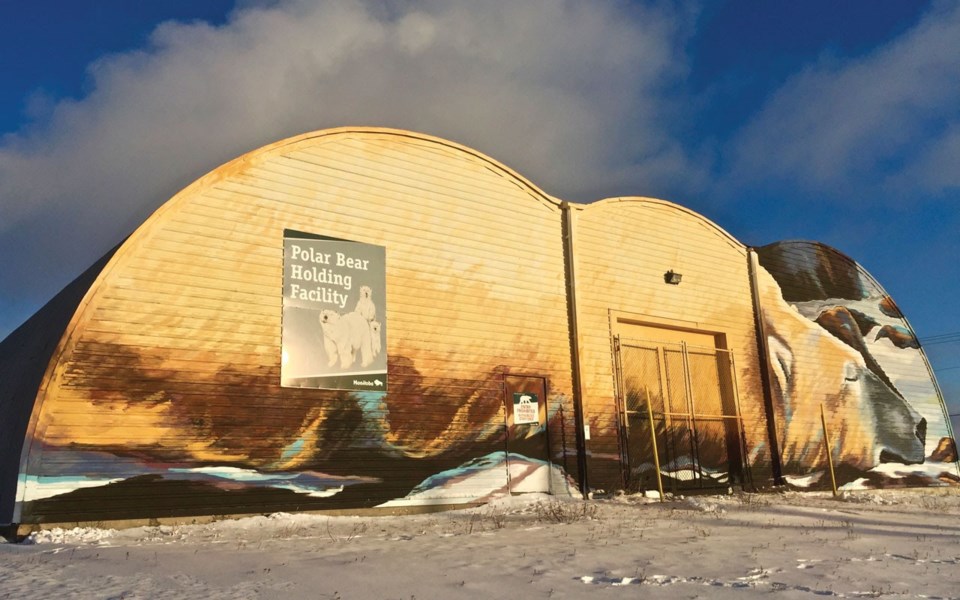 The shots are unmistakable. Echoing through the blue light of dawn in Churchill, Manitoba, the crack-crack-crack of bear bangers means only one thing: someone is attempting to haze a polar bear out of town.

The shots aren't carried on the wind; rather, they're right over there. Conservation officers in a pickup fly past with lights flashing, and our guide, Duane Collins, quickly hectors our straggling posse towards a hotel doorway—a route of escape should the trouble shift our way. From here, the encounter sounds like a spirited pas de deux as shots and sirens and helicopters trade places on the landscape. During a pause, we cross the street to Fifty Eight North, gift-shop retail headquarters of Frontiers North Adventures, with whom we're travelling.

It's before opening hours, but we all quickly file in through a door held wide by Erin Greene, all-too-familiar with the town's "get inside" bear-safety policy. Walking home from a Halloween party with two friends in 2013, a polar bear had charged the group in the dark. The others escaped but the bear grabbed Greene's head. As it rag-dolled her, a man emerged from his house to hit the bear with a shovel, causing it to turn on him. The bear was eventually driven off—literally—when someone rammed it with a vehicle. Greene's arm, knee, and ear were injured, and a tear in her scalp required 35 staples to close. The encounter left her with a healthy respect for polar bears, and a deep affection for the people of Churchill, whom she credits with saving her life.

Lest you think Greene's misfortune emblematic of life in the self-described Polar Bear Capital of the World, however, rest assured it is not. Rather, in the past four decades, Churchill has transitioned from a community perpetually on edge to a model of co-existence with one of the planet's top predators. Its Polar Bear Alert Program works both to safeguard people and property, as well as conserve and protect the animals. This effective, globally unique program exists alongside a sustainable commercial polar-bear viewing industry that contributes both to the town's economy and the animals' conservation—the latter made increasingly tricky by climate change.

Some background: we're here to watch polar bears on the tundra, but orientation in Churchill and a lesson in context is desirable to make this particular experience more profound. Our specific Frontiers North tour—billed as the Conservation Journey—is a once-a-year affair in concert with scientists and personnel from the non-profit organization Polar Bear International, whose research, education, and action programs address the issues endangering polar bears across the global Arctic.

More background: there's a reason Churchill offers a sort of polar bear vortex. Bears from the Western Hudson Bay sub-population come onto the surrounding land every July when ice on the Bay breaks up. Here, most engage in a kind of low-energy, fast-cum-lounging until autumn, when they gather along the shore to await re-formation of the ice that delivers the seals they feed on. Females impregnated during the March–July mating season go inland to den and have cubs in late November, re-emerging in mid-February to return to the ice. It's a convergence of currents, physical geography, and an abundance of freshwater in the Churchill area that make this part of the Bay the earliest to freeze, drawing hungry bears from far and wide to await the ice.

This accounts for the high number of bears around Churchill, and both the problems and conservation opportunities it brings. As a result, this population of polar bears, numbering around 800 (down from about 1,100 a few years ago) is the most-studied on the planet, and some 85 per cent have been in human hands at some point—either for harm reduction or scientific purposes, measured, marked, and occasionally radio-collared as part of a 40-year effort to collect baseline data on growth and longevity.

Now, back to contextualizing. The first place we'd visited upon arriving was the Polar Bear Holding Centre (a.k.a. "the Polar Bear Jail"), a large facility outside town decorated with a stunning mural whose 28 cells accommodate up to 32 bears (there are a few "family" suites). As we experienced, bears that approach town in late fall are typically chased out by Manitoba Conservation staff. Bears that refuse to stay away are captured and placed in the holding facility. Here, animals are watered and provided bedding but no food so there's no reward association; exposure to humans is limited, with only staff allowed into the facility. Once ice forms on the bay the bears are released. At the moment there are only two bears in lock-up—an unusually low number.

Back in the 1970s, around 40 bears had to be destroyed each year in Churchill. After the bear-alert program began, advertising a phone number that scrambled conservation officers, the number of bears destroyed each year has dropped to mere decimal points—one every two-to-three years—a major conservation victory. As Duane explains, there's no three-strikes policy; one large bear named Lardass spent 17 of his 19 seasons in Churchill in jail.

But what of the bears that never venture into town from the tundra? What were there challenges? We'd soon find out.

Leslie Anthony is a biologist, writer and author of several books on environmental science.