Praying for snow? Pray for rain

It started last week with a morning coffee and social media scroll. New Year's celebrations were done and dusted and it was time to get on with 2020, beginning with a short, indulgent look at what's going on in the Facebook world.
Jan 10, 2020 1:00 AM By: Vince Shuley 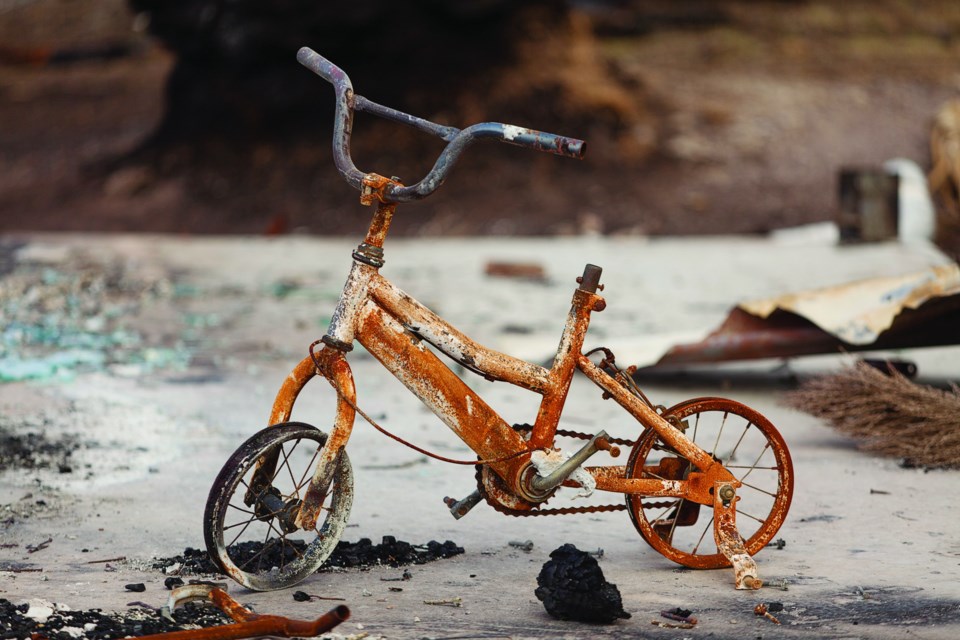 canary in the mine The wildfire ravaging Australia holds lessons for the world. shutterstock.com

It started last week with a morning coffee and social media scroll. New Year's celebrations were done and dusted and it was time to get on with 2020, beginning with a short, indulgent look at what's going on in the Facebook world. Flipping past the usual fluff, I stopped on an Australian news story shared by a friend of mine in Sydney. It was titled "Angry Cobargo residents explode at Scott Morrison as PM tours fire-ravaged towns."

Cobargo is a small village of approximately 800 people in the southwest corner of the Australian state of New South Wales and has been one of the worst hit regions by the latest volley of bushfires. For those not familiar with Aussie politics, Scott Morrison (abbreviated to "ScoMo," as one does in Down Under) is the leader of Australia's conservative government and currently serving as prime minister. I clicked on the headline and watched the video, ready to revel in the schadenfreude of ScoMo getting heckled by his countrymen, as any left-leaning, climate change-believing Australian would do.

As expected, ScoMo embarasses himself by trying to force-handshake a pregnant woman in tears after seeing her town devastated by fire. She's obviously reluctant about the handshake and says to the prime minister: "I'm only shaking your hand if you give more funding to our RFS [Rural Fire Service]." ScoMo leaves town shortly thereafter when a pack of Cobargo locals begin heckling him to the tune of "You won't be getting any votes down here buddy. You're an idiot." and "Go on, piss off." Such behaviour isn't unexpected in Australia, particularly by frustrated people who've started their 2020 by watching their own homes and businesses burn.

What I wasn't necessarily expecting was the sudden wave of sadness I felt after I began to watch newsreel videos about all the other bushfires currently tearing through rural and urban New South Wales. Residents were doing their best to battle walled infernos with garden hoses. Volunteer firefighters were entering what looked like the bowels of Hades. I read about how a 29-year-old man and his father perished trying to defend their family home, and at the time of writing this, three rural firefighters have died in the line of duty.

All of this while I sat in my kitchen in Whistler, where moments before I'd been counting the number of centimetres of snow I was hoping to ski that week. That was when I felt the tears welling up in my eyes, not only at the empathy I felt for those affected in Australia, but at my own self-examination. How could I be praying for more snow when rain was needed on the other side of the world, now more than ever?

Climate change talk for most Whistlerites typically includes (but is not limited to) rising freezing levels, shrinking glaciers and the ratio of good seasons to bad seasons. B.C. gets hit with wildfires too, not like those currently in Australia, but they are getting worse. The 2019 rainy summer in B.C. seemed like such a respite after the previous smoke-filled seasons. My point is that while we sit on B.C.'s coast and shake our heads at Alberta's dirty oil (the same oil that fuels our commute to the ski hill), the world is literally burning. Since September, 6.3 million hectares have burned in Australia, more than twice the area that burned in the Amazon rainforest in 2019. At least 25 people have died and half a billion animals have perished. I used to think Australia was the canary in the coal mine of the global ski industry. Now it seems Australia is the canary in the coal mine of simply surviving a summer season.

I didn't want to make this week's column political, especially about another nation's politics. But with a climate change-denying lackwit in charge in Australia—who won the election on promises of reinvigorating Australia's coal industry—it falls to the rest of the world to do its best to counteract the 350 million metric tonnes of CO2 that the 2019 Australian bushfires shot into the atmosphere. (For comparison, that's one per cent of the total global carbon emissions from 2019.) That CO2 is helping create a disastrous feedback loop of heat as trees—the main CO2 sinks of the world—disappear.

Enjoy the snow that we've been blessed with, but say a rain prayer for Australia while you're at it. And if you'd like to help the cause—as I hope all financially able Australians in Whistler will—please donate to the disaster relief charities such as the Australian Red Cross, to the state Rural Fire Services or to local efforts.

Vince Shuley donated this week's beer budget to the NSW Rural Fire Service. For questions, comments or suggestions for The Outsider email vince@vinceshuley.com or Instagram @whis_vince.