With Opening Day rapidly approaching, it's probably time I went into the storage locker and blew the dust off those sliding sticks.
Nov 14, 2018 5:00 PM By: Vince Shuley 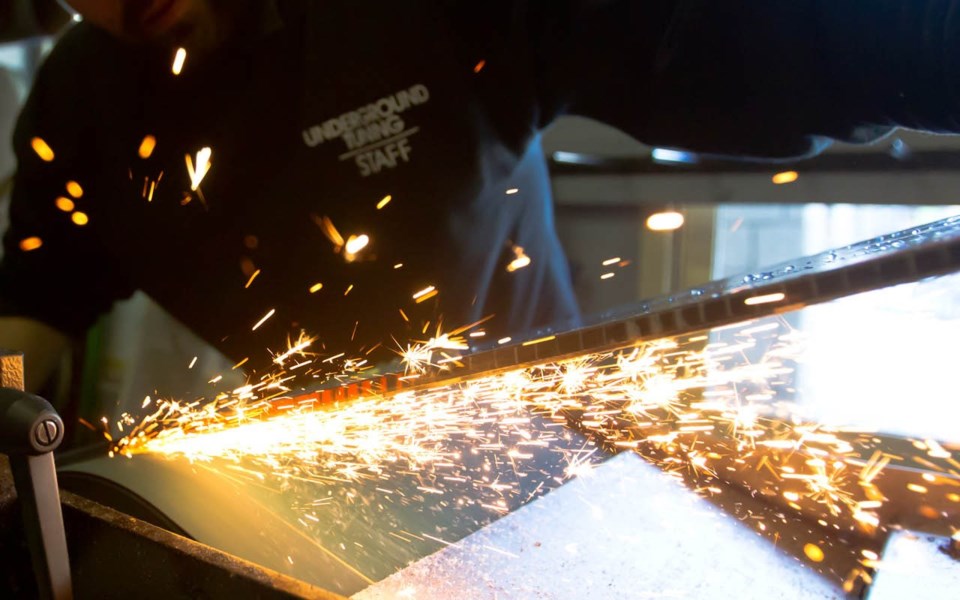 Daily Grind Tuning and waxing skis and snowboards is a laborious chore, but new base treatment products can significantly reduce maintenance hours. PHOTO by Vince Shuley

With Opening Day rapidly approaching, it's probably time I went into the storage locker and blew the dust off those sliding sticks. When I crack the summertime crypt, I'll probably discover one of two things:

•My ski bases are still covered with that thick layer of unscraped ski wax I diligently applied in the spring;

•My ski bases are dry, scratched and furry after getting thrown carelessly into storage after Gaper Day.

For years, my equipment was in the latter category. After a season or two of the occasional hot wax and edge tune, I'd lazily let my gear deteriorate to a point where carving on ice was more like racing Tokyo Drift, and coasting on the cat track back to the chair was an embarrassingly slow affair. There were a few reasons I ran such lacklustre gear in my earlier ski bum years (besides the laziness)—I didn't own the tools or the space needed to do my own tuning, and I couldn't afford regular tunes, even with the token locals' discount. Tuning-shop bills were reserved for when I needed mandatory repairs, like coreshotting my skis for the third time in a month.

After a while, I got so used to the mediocre performance of my skis that I didn't do anything about it (which is also pretty lazy).

I'm a lot better about it these days. I have gear that I still want to be skiing on in another few years, so I make the time and effort to preserve the base integrity of my skis. I've realized again that skiing on sharp edges and slippery bases is way more fun, heeding advice from a ski patroller that analogized skiing on untuned gear as driving a race car with no air in the tires. I still don't have access to a proper tuning bench in my rental building, but I make do by working on simple tasks like hot waxing and de-burring my edges down in the parkade. If my skis have a particularly rough day, I pay the professionals to get them back into tip-top shape.

Waxing may be labourious, but the effort pays off when you hit the mountain, powder day or otherwise. But what if I told you that there was a base treatment that meant you wouldn't ever have to wax again for the life of the ski?

Earlier this year, Utah-based ski company DPS announced Phantom Permanent Base Glide Treatment (claiming just that) and flipping the table on almost 150 years of ski tech tradition. Phantom is not a wax, but a liquid polymer coating that, when cured under UV light, penetrates and bonds to the ski-base material. You then have a permanent surface that will not require wax to slide and since the treatment penetrates all the way through the base, the sliding performance remains after multiple base grinds.

As far as sliding performance compared to traditional wax, DPS admits that Phantom is not faster than the expensive high fluoro or low fluoro waxes used in ski racing. However, it does claim that Phantom outperforms the everyday, all-temperature hydrocarbon wax that most of us use. The kicker is that Phantom doesn't wear off in a few runs or a couple of days. This is beneficial for the environment since Phantom-treated skis aren't continuously shedding traces of toxic material into our waterways. To be fair, we'd need most of the skis on the mountain to have this treatment in order to have a tangible positive effect.

The chemists at DPS also designed Phantom with backcountry touring in mind. One of the hazards of regular ski waxing on touring skis is that improper scraping can lead to wax contaminating the skin glue (I'll always try to get a couple of runs on waxed skis before attaching skins if possible).

Phantom is not cheap, the DIY application kit setting you back about $120 in Canada. The application is not difficult and can be done in the kitchen, but the curing requires a few hours of exposure to UV light (i.e. in direct sunlight with no cloud cover) at a temperature above freezing in order to properly bond. This particular set of circumstances can be hard to come by in the Pacific Northwest. Escape Route is the only dealer of Phantom with a dedicated cure station that bakes in the treatment under UV lights in about half an hour. It's an extra $40 on top of the most expensive base treatment of your life, but if you care that much about your ski bases, you'll want Phantom to work properly the first time.

I haven't yet thrown down the cash for this miracle base treatment that some sceptics are calling snake oil. But I don't really enjoy waxing, I want to be sliding optimally all the time and I'd rather my skis not secrete harmful chemicals into the watersheds. So I think this new technology may be worth a shot.

Vince Shuley remains cautiously optimistic about never having to wax his skis again. He still enjoys attending the legendary parties. For questions, comments or suggestions for The Outsider email vince@vinceshuley.com or Instagram @whis_vince.