Change is the only constant in life," said Heraclitus, a Greek philosopher who lived around 500 B.C. It's a fitting comment as events unfold around us this week.
May 31, 2017 6:00 PM By: Clare Ogilvie 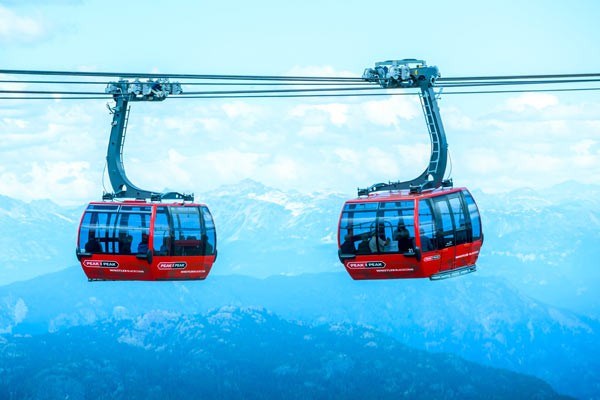 Change is the only constant in life," said Heraclitus, a Greek philosopher who lived around 500 B.C.

It's a fitting comment as events unfold around us this week.

We had the surprising, though not unexpected, announcement last week that Whistler Blackcomb (WB) COO Dave Brownlie is resigning from his position. We learned this week that the provincial NDP and Green parties will work together and hope to run a stable minority government for the next four years. Lastly, we see in this week's feature that citizen action is one of the best ways to create change.

For as long as I have been covering Whistler as a reporter and editor, a sort of love-hate relationship has existed between the community and whatever corporation owns WB. The fortunes of the two are inextricably linked, and everyone knows this, so a fine line is walked by employer, employees and those who peripherally depend on the success of the mountains.

And, as is so often the case, the decisions made by those who run the mountains are scrutinized and often called out — just think back to the original reaction to the announcement of the Peak 2 Peak Gondola and community concerns that it would ruin people's sightlines. Of course, we know that this attraction has brought millions of dollars to the resort, as well as being an efficient way to keep people at the top of the mountains. And is the gondola really that much of an eyesore?

Brownlie has been the face of WB for most of the significant changes made to the operations of the corporation in recent memory (though his public mantle is worn reluctantly) — and while there are always legitimate concerns voiced by the community, there was a general feeling that he was part of the community.

"I'm bringing up a family here. I see my neighbours at the store or at the rink and on the mountain and I know how high the stakes are for them."

While describing Brownlie's role as a gatekeeper may be stretching things, there is no doubt that most people believed he had the community's interests at heart, as well as those of the company he worked for. Now the community is asking what it will mean for us, as Brownlie departs.

Looking at Vail Resorts' track record, it's more common than not that the company brings in its own leaders as opposed to hiring from within — hiring a local. It's too early to say what will happen in Whistler.

On so many levels, Whistler's success is founded on partnerships between WB, local government, Tourism Whistler, the Whistler Chamber and other stakeholders in the resort, such as the accommodation sector; the clubs, pubs and bars; the food and beverage industry; and more.

It is a balance that will not work without respect and mutual understanding of goals. A clear measure of this can actually be seen in action in the recently signed Memorandum of Understanding between WB, the Resort Municipality of Whistler and First Nations. This went even further into the Master Development Agreements with the province. Both of these agreements speak to the connection between local and special interests — and I would argue needed a local touch to finally see the light of day. Brownlie was an integral part of this success — success based on relationships.

We are likely to see the power of relationships play out in the theatre of provincial politics as well as we head toward what could be a minority government after the NDP and the Green Party of B.C. announced that they have drawn up an agreement outlining how they will work together.

Titled The Confidence and Supply Agreement, it will help guide the parties as they move ahead to try and form government.

This is not a coalition government — but rather an unprecedented and extraordinary agreement to share power.

A change indeed for all of B.C.

And at the root of this change? Voters. Everyday citizens of this province. Real people creating change.

As you will read on page 34 this week, in the end, it is really always citizens who create the most meaningful change. One person at a time, following through on an issue, an event, a desire to see something better created or sustained.

In this case, citizens worked together to move our Cenotaph to a more open area where it can be visited and its meaning honoured year round, at Olympic Plaza.

As we move into this period of transition, it is more important than ever to understand the power of the citizen, and just as crucial to the equation, those in positions of power also need to recognize, respect and listen to the citizens of our community.