SCIENCE MATTERS: Are we too hard on newly arrived plants and animals? 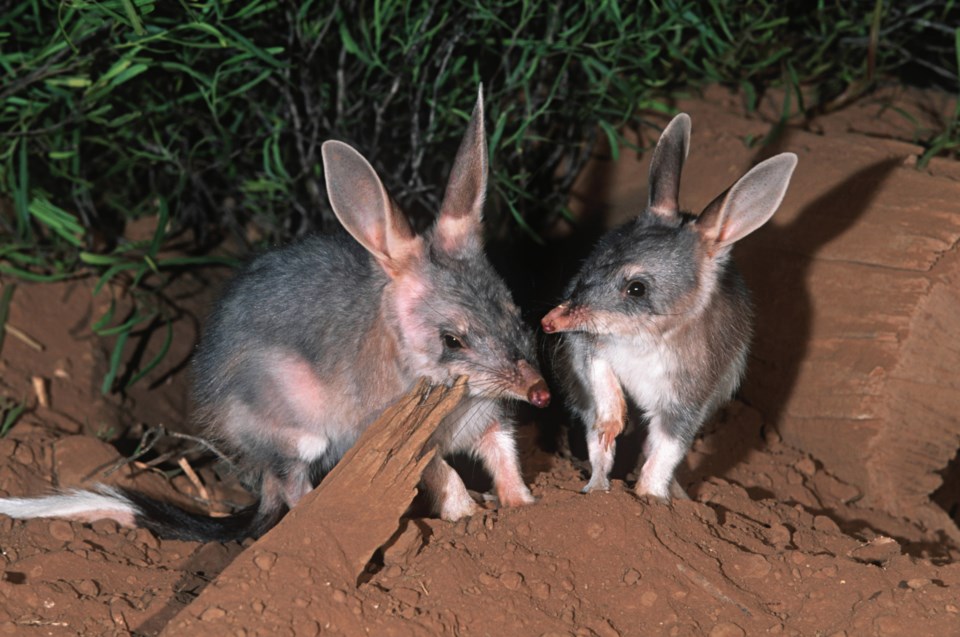 In Australia, one program is aimed at helping the greater bilby, a threatened marsupial, learn to avoid predation by interlopers in their ecoregion—feral cats and foxes introduced by British colonizers.  Photo by Martin Harvey / Getty Images

As human activity continues to heat the planet and destroy wildlife habitat, plants and animals are responding based on their genetic makeup and ability to adapt to altered environments. Some are losing ground, landing on ever-growing species-at-risk lists or winking out altogether. Others are making gains, eking out their existence alongside us or even benefitting from habitat alteration we’ve caused—raccoons, for instance.

Science writer Fred Pearce notes that “most of the losers are rare, endangered, and endemic species, while most of the winners are common, generalist, and invasive species—rats, mosquitoes, water hyacinth and the like.”

“Assisted evolution” initiatives aim to help imperilled wildlife adapt more quickly to their changing environments than typically slow evolutionary processes would normally permit. In Australia, one program is aimed at helping the greater bilby, a threatened marsupial, learn to avoid predation by interlopers in their ecoregion—feral cats and foxes introduced by British colonizers.

The cats have adapted successfully to their new environment and aren’t going anywhere. A team of researchers altered the standard conservation measure of building fences to keep the cats out, instead bringing cats into the fenced bilby refuges. This helps the bilbies learn avoidance, a skill they need for survival in the wild.

Invasive species have long been recognized as key threats to native plants and animals. WWF’s “Living Planet Report Canada 2020” identifies them as a major cause of wildlife decline here. But as plant and animal species worldwide have started to shift ranges in response to warming climates and habitat destruction, narratives about invasives have also started to shift.

In the past, conservationists viewed them negatively. Various eradication initiatives were established depending on government landscape management capacity, the threat invasives posed to at-risk species or economic ventures, proliferation levels and ease of eradication. (Think zebra mussels and purple loosestrife.)

Now there’s a strong chance that species entering new areas are moving from warming and degraded habitats, and would benefit from human stewardship. How should we respond? Should we differentiate between those “invading” ecosystems as climate or habitat exiles and those that human travellers have carried to new places?

Some scientists argue for such differentiation. University of Vienna conservation biologist Franz Essl and colleagues propose that species moving or expanding their ranges in response to human-caused environmental change be classified as “neo-native” species, rather than “invasive species,” and that management directives reflect this distinction.

To some extent, science supports a distinction, as species that move of their own accord are more likely to move in step with their natural counterparts than a species that, say, arrives in a ship’s hull.

Some scientists have proposed the most logical way to determine how to manage an invasive species is to assess whether its presence has an overall positive or negative impact on the ecosystem. As Macalester College professor Mark Davis writes, “Whether because of climate or because people move them, species need to be evaluated on their own effects and not on whether they are natives or new natives or non-natives or non-natives moved by humans.”

Effects of species on ecosystems are not singular, however, and consensus on ecological impacts doesn’t always exist. This can lead to ideological divergences in which some conservationists advance species eradication while others champion stewardship. As author Sonia Shah writes, “In California, wildlife officials attempted to exterminate Spartina cordgrass, introduced to the West from the salt marshes of the Atlantic and Gulf of Mexico coasts, despite the fact that it provided foraging and nesting sites for endangered California clapper rails.”

Ultimately, human hubris has driven many plants and animals toward extinction. It’s also hubris to attempt to “manage” species that have moved into new areas based on our somewhat subjective analyses of whether they’re doing more harm or good.

It’s clear that science alone can’t dictate a path forward. We must incorporate other inputs, such as foresight, precaution and Indigenous knowledge when overseeing programs to limit or support wildlife populations on land and in water. If we don’t take sufficient care to think these complex issues through, wildlife management will be driven only by the economic value that humans ascribe to some plant and animal species over others.

The species most in need of better management is our own.

SCIENCE MATTERS: Language shapes our relationship with nature
Dec 28, 2020 8:00 AM