Sliding into the future

I got a telephone call from Argentina the other day. "Hey," said the caller. "This is Jamie Schectman. I'm phoning from Las Lenas. Just read your Alta States column on the future of the ski business at Whistler the other day and really liked it.
Sep 17, 2010 9:41 AM By: Michel Beaudry 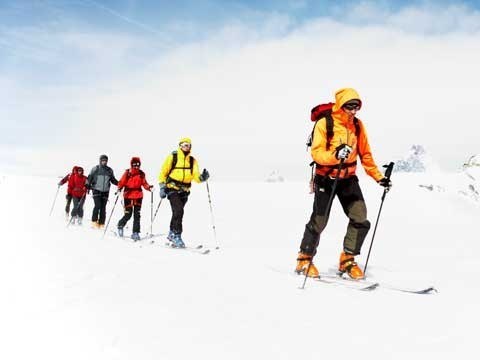 I got a telephone call from Argentina the other day. "Hey," said the caller. "This is Jamie Schectman. I'm phoning from Las Lenas. Just read your Alta States column on the future of the ski business at Whistler the other day and really liked it. I think we should talk..."

For a while there I thought I was all alone. More respect for the mountains? Smaller ecological footprint? Taking down lifts as a sign of progress? Didn't seem like I was getting a lot of props from the Whistler mandarins for challenging the status quo. I really started questioning my motives after a WB senior manager accused me a couple of weeks ago of "being the only person in the Whistler community to still consider the (eat-to-eat) gondola a questionable investment."

Was that really the case? Was I the only person in snow country wondering why the ski business was still stuck in 1980s thinking 10 years into the new century?

I just couldn't believe that my peers could be that closed off to reality...

I mean, c'mon folks. If you'd been presented with a 1960s ski resort product in 1986 - rope-tows, rickety two-man chairlifts, phantom grooming - do you really think you'd have been satisfied with such an offering? Of course not.

Same goes for Hugh Smythe and Paul Mathews's 1980s vision for Whistler. "Build it and they will come," was the Smytthews operational philosophy. Their idea was to accessorize the ski experience (read: make it easier) in order to attract new adherents. And for a while it worked.

No question. High-speed lifts and high-tech grooming completely revolutionized the ski resort "product." But as Greek philosopher Zeno reminded us many centuries ago, "you can't just change one thing." Acting on the Smytthews vision, as it turns out, was the skiing equivalent of opening up Pandora's box.

Alas, we're still dealing with the consequences of that vision.

To me, WB's recent (and successful) attempt to shove even more infrastructure down the throat of Whistlerites is akin to Detroit making the biggest, baddest eight-cylinder muscle car in 2010 - and wondering why they're going tits up. Nothing wrong with the technology. It's the vision that's flawed...

And we even gave WB a tax-break for building the dang thing. Talk about getting taken for a ride.

Enter Schectman and the Mountain Riders' Alliance (see mountainridersalliance.com). Their mission statement says it all: To aid and assist in the development of values-based, environmentally-friendly, rider-owned-and-operated ski-energy centers throughout the world that encourage minimal carbon footprint business practices as well as alternative energy creation, while making a positive impact in the local community.

Ouf. Big sentence. And one packed with contentious ideas. I can already hear my old pal Peter Alder shaking his head and muttering darkly: "Communists. They're all communists. Don't they know that ideology is dead?"

Naïve? Sure. Idealistic? No question. But at least Schectman and his cohorts are asking the right questions.

Besides, it's not like all is golden in the land of consumption. After all, if our highly-vaunted capitalistic system is such a triumphant ideology, why is it that its 21 st century iteration (a.k.a. corporate greedism) is struggling so badly?

And nowhere is this better illustrated than in the mountain resort business. Managed by people (and corporations) more interested in short-term profit than long-term viability, mountain resorts across the world are fast approaching the tipping point. In financial circles, the ski/snowboard business is already considered a sunset industry. Go figure...

Maybe that's why I got so excited about these engaged young folk trying to set new resort parameters for the future. Along with his wife and partner, Shanie Mathews (no relation to Paul), Schectman is calling on members of the global mountain community to step up and make themselves heard.

Like all idealistically-driven organizations, MRA's initial goals are ambitious. And sure, maybe a little pie-in-the-sky. But you know what they say: "if you don't shoot for the stars you'll never reach the moon." So read on and reflect on your own experiences. Think about what first turned you on to the mountains. And then ask yourselves this: Given our roots, are these ideas all that radical?

But enough of my thoughts on this issue. Here is what the MRA proposes for the future:

1. To change the way ski areas are managed and give skiing and snowboarding back to the riders

2. To develop sustainable riding areas around the world

4. To build ski areas that focus on the rider experience, not profit

5. To create awareness that as a riding community we can make a difference in how our local ski areas are managed

6. To show that ski area business models will thrive without leveraging high cost real estate to support it

7. To show ski areas can be locally focused and globally driven

8. To create ski areas around the world focused on preserving the environment by minimizing damage to scenic and esthetic values, as well as fish and wildlife habitat

9. To focus on building as little infrastructure as possible, including lifts

11. To harness each mountain's green power potential by strategically placing wind turbines, solar arrays, and hydro power sites, and then selling it to local energy companies. This helps provide a sustainable operating budget as well as helping combat climate change

12. To offer affordable skiing to people of all income brackets, as well as discounted day ticket rates for residents of the nearest communities

13. To promote physical well-being, contribute to the enrichment of the human spirit, and foster an appreciation of the outdoor environment

14. To facilitate and provide a safe location that offers affordable outdoor educational and recreational activities for the youth living in nearby communities

15. To establish a like-minded community of riders whose input is included in creating a positive influence on the sport of skiing, the environment and mountain towns in which we live

Now I don't know about you, but I feel a strong affinity for those 15 goals. And I'm not alone. Launched barely two weeks ago, the alliance is attracting new members by the barrel-full. The MRA's Facebook site, for example, now counts nearly 800 people who have indicated they like their message.

And while that's just a trickle from the global e-tap, it doesn't take that many like-minded people to actually change the world. Just ask Genghis Khan or even Mahatma Gandhi.

As for Schectman and Matthews, their big hairy goal is to actually launch a mountain resort based on these 21 st century principles (on both social and environmental fronts). Not an easy project, they acknowledge, but then neither one seems to be the kind of person to shy away from a daunting challenge.

That said, they still have to find a site to develop. Montana? B.C.? Washington? Alaska? An existing resort? Or just a big ol' mountain with a great physical plant? On that subject, however, they prefer to remain vague. "We already got stung once," admits Schectman. "So we're being pretty cautious with our plans this time around. But it's going to happen. We're totally committed to the long haul."

Once again I can hear ol' Peter Alder chuckling at the brashness of these two young visionaries. "Ah, the school of hard knocks," my favourite Swiss mentor might say. "The realities of the business world will straighten them out in no time. Before you know it, they'll be back plugging the old model."

Maybe. But I'm not so sure. These two passionate mountain lovers are on a mission. And to gauge from their past successes, it would be foolish to underestimate their reach. Stay tuned. Or better yet - check out the MRA site for yourselves. You never know what you might discover...