Slow reopening of the economy still backed by majority in B.C.

Most British Columbians want to deal with the pandemic gradually.
Feb 22, 2021 6:00 AM By: Mario Canseco 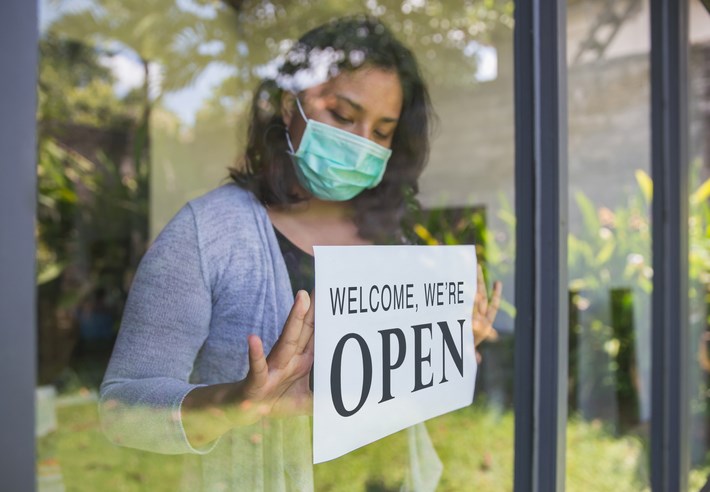 At what pace should the B.C. government reopen the economy? Let us know in the comments.Kanawa_Studio-E+/Getty Images
Canadian provinces have dealt with COVID-19 in different and unique ways. In the early stages of the pandemic, Atlantic Canada provided a glowing example with a very low case count and stern travel restrictions. Other governments opted to enact different measures, which have varied from region to region even within a province.

This month, the emergence of new variants of the disease forced the cancellation of in-person voting in the Newfoundland and Labrador provincial election and led to renewed discussions about ways to manage economic activities. Quebec has implemented nightly curfews. In Ontario, a plan to reopen the province is underway. Since November, British Columbians have been urged to partake in minimal activities outside their homes, with the promise of massive vaccination before the end of the year.

In May 2020, Research Co. and Glacier Media studied the early pandemic perceptions of British Columbians. At the time, 62% of the province’s residents favoured reopening the economy slowly to ensure that COVID-19 infection rates remained low, while 35% opted to reopen the economy quickly to ensure that no more jobs were lost.

Over the past few months,  “COVID-fatigue” has emerged as a convenient justification of ill-advised personal behaviour that was not the standard last year. Calls to do away with specific rules and regulations have found fertile ground on social media.

Some would assume that B.C. residents are now ready to forget that the pandemic is here. This is not the case. When we asked British Columbians again, a slightly higher proportion than what we saw nine months ago (64%) want to reopen the economy slowly. Notably, 29% of survey respondents want to reopen the economy quickly, six points lower than what was registered in May 2020.

There are also no major differences when it comes to political allegiance. More than seven in 10 British Columbians who voted for the BC New Democratic Party (NDP) in October (73%) want to move slowly, along with 62% of those who cast ballots for the Green Party of BC and 60% of those who supported the BC Liberals.

There are some British Columbians who are distraught by the current situation, willing to ignore all warnings and go back to the way their lives were a year ago. However, significantly more want to continue to deal with the pandemic gradually.

Across the province, 60% of British Columbians say they would not be comfortable going back to a gym or fitness facility until they are vaccinated against COVID-19. Even larger proportions are unwilling to go to a concert at a music venue (64%) or attend a live sporting event as a spectator (65%) without inoculation.

Half of the province’s residents (51%) will not visit a community centre without a vaccine.

Finally, about a third of British Columbians are not ready to eat at a restaurant indoors (35%) or at a patio (33%), visit the library (also 33%) or the barbershop or salon (also 33%) if they have not been vaccinated against COVID-19.

As we are about to reach the first anniversary of the original state of emergency executed by the province, there are still milestones to be attained. The federal government has vowed to have enough doses to vaccinate every willing Canadian by the end of September, a prospect that split views when we asked earlier this month. At this stage, at least a third of the province’s residents will not partake in specific activities until they have been inoculated.

There are components of the provincial economy that will not benefit if a drastic reopening is ordered, simply because residents are not ready to become clients, fans and enthusiasts once more. The pandemic has been mentally draining for all British Columbians, but the voices of those who do not, or cannot, understand the gravity of the problem are in the minority •

Results are based on an online survey conducted from February 14 to February 16, 2021, among 800 adults in British Columbia. The margin of error, which measures sample variability, is plus or minus 3.5 percentage points, 19 times out of 20.

Mandatory vaccination unlikely for workplaces; focus will be on education
Dec 10, 2020 7:30 AM