"There is a hell and it has lift lines." — advertisement for Scarpa ski touring boots in Powder Magazine , circa 2010 For all the things that Whistlerites are known for enduring, traffic is not one of them.
Feb 21, 2020 2:00 AM By: Vince Shuley 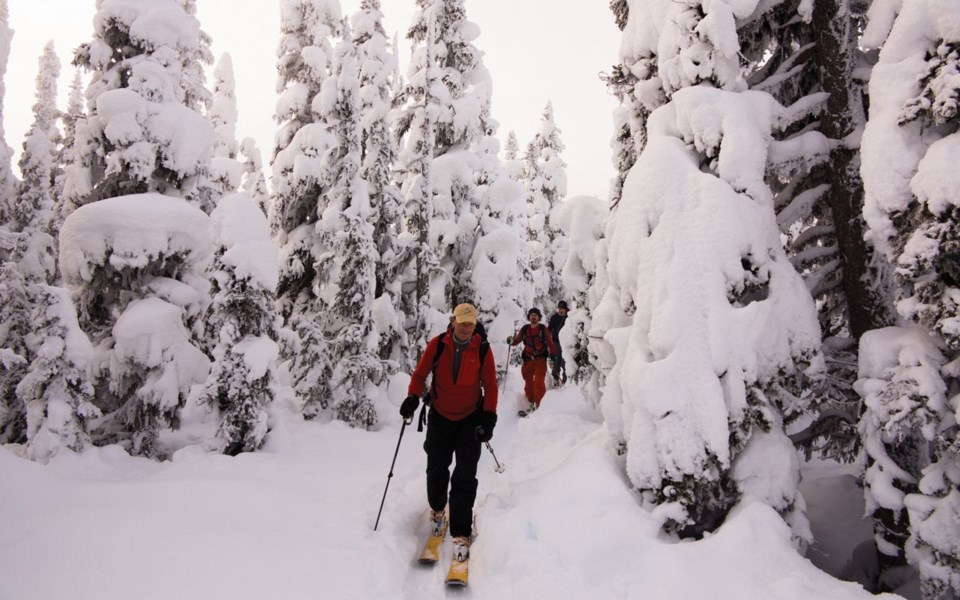 "There is a hell and it has lift lines."

— advertisement for Scarpa ski touring boots in Powder Magazine, circa 2010

For all the things that Whistlerites are known for enduring, traffic is not one of them. I'll happily walk, pedal or ski for 10 hours straight, but put me in the driver's seat on Taylor Way in West Vancouver on any given afternoon from 3 p.m. to 6 p.m. and I soon turn into a flustered, irritable mess. The same could be said for when I'm forced to brave any of Vancouver's bridges during rush hour. I keep my heavy metal playlist on standby for just such occasions, so at least I can scream at something without looking or feeling like a crazy person.

Then there's traffic on the ski hill. Just like living in the big city often comes with the caveat of car-clogged roadways, skiing on powder days comes with the inevitable sea of Gore-Tex in the lift line corrals. No whining here, I know it comes with the territory of skiing at a resort that's within a blockbuster movie-length drive from an urban centre. The best ways I've found to deal with heavy line ups are:

• Get up early and park yourself closer to the front of the line. It's still waiting, but at least your first run of pow isn't completely pillaged;

• Get over it. You're still outside on the weekend, aren't you?;

• Turn around, go home and ski another day.

Last week's lift lines at Vail Mountain Resort—so expertly captured by phones and POV cameras mounted on selfie sticks—didn't exactly inspire me to go skiing. I'm sure most of the people in those lines probably weren't that inspired either. But if you had driven for two hours (plus the requisite delays due to poor highway conditions and way too many cars) on Interstate 70, what choice would you make? Unless you were willing to start driving at 4 a.m., probably option b). If you weren't an Epic Pass holder and had to pay the walk-up window price of over US$200, you could choose option c), but then you've wasted a day driving to the ski resort and back, all for no skiing. Option a) is always the safest bet, but your family or carpool crew may not be down with the dawn patrol start and the locals will probably beat you there anyway.

Whistler gets its share of lift lines, oh yes. Saturday mornings with good snow and/or clear skies can greet skiers with a gondola line back to Zog's in the Village or Starbucks in Creekside. The initial upload bottleneck is always the worst wait, just as we saw in those "Lift Line Apocalypse" images from Vail Mountain skiers. But what if there was a fourth option?:

Wait...That actually is an option at Vail Mountain! While you do need uphill-compatible equipment, uphill travel at a resort doesn't require any avalanche safety gear or training. So instead of waiting in a bottlenecked base area line for an hour or more, you could skin up to the mid station where you either:

1) Ski back down and be content with a morning of exercise on snow; or

2) Upload the next lift with proudly (and fairly) earned lift line privilege (complete with dedicated RFID gate to weed out the impostors) as well as gaining an Epic uphill ski pass discount, mountain money credit or some other reward that ends up making the resort money in the long run.

Option 2 is obviously a fantasy at this point, but the delineation between uphill and downhill skiing is growing fuzzier by the season. The partially crowdfunded Bluebird Backcountry at Peak Ranch near Kremmling, Colo., effectively a resort without chairlifts, opened (with limited capacity) last Saturday (Feb 15). Smithers, B.C. has managed to execute a similar model of a "gladed self-propelled ski area" (without the bells and whistles of lodge, rentals and optional guiding) with Hankin-Evelyn since 2010. Whistler Blackcomb has an uphill travel policy but only for designated backcountry access routes. Uphill travel is not allowed from any base areas, save for access to the Singing Pass Trail from Whistler Village.

Lift lines have existed since chairlifts were invented, but with the advent of aggregated resort access such as the Epic and Ikon passes, crowding on both powder and fair weather days is only going to get worse. Yes, Vail Resorts wants to invest in more lift infrastructure that will help with those lineups, but only if it will be cost effective in bringing in even more skier visits. Grotesque lift lines at base-area lifts can be alleviated with some smart operational and branding decisions. When it's that busy, give energetic skiers and splitboarders an incentive to ski uphill and all visitors will benefit.

Whistler Blackcomb reached out to Pique to clarify that it does have an uphill ski policy and routes on Whistler Mountain, which lead to the backcountry. You can find them here. Uphill travel is not permitted outside of those routes. It is also working on creating access to the backcountry uphill skiing on Blackcomb.

Vince Shuley will happily walk uphill in place of slowly shuffling forward. For questions, comments or suggestions for The Outsider email vince@vinceshuley.com or Instagram @whis_vince.