South Africa: It could be worse

We have three gangsters, one suspect, and a president who is prisoner of a Top Six that is clearly compromised," said Zackie Achmat, Aids activist and Nobel Prize nominee, on hearing that Cyril Ramaphosa, a former trade union leader and businessman,
Dec 27, 2017 5:00 PM By: Gwynne Dyer 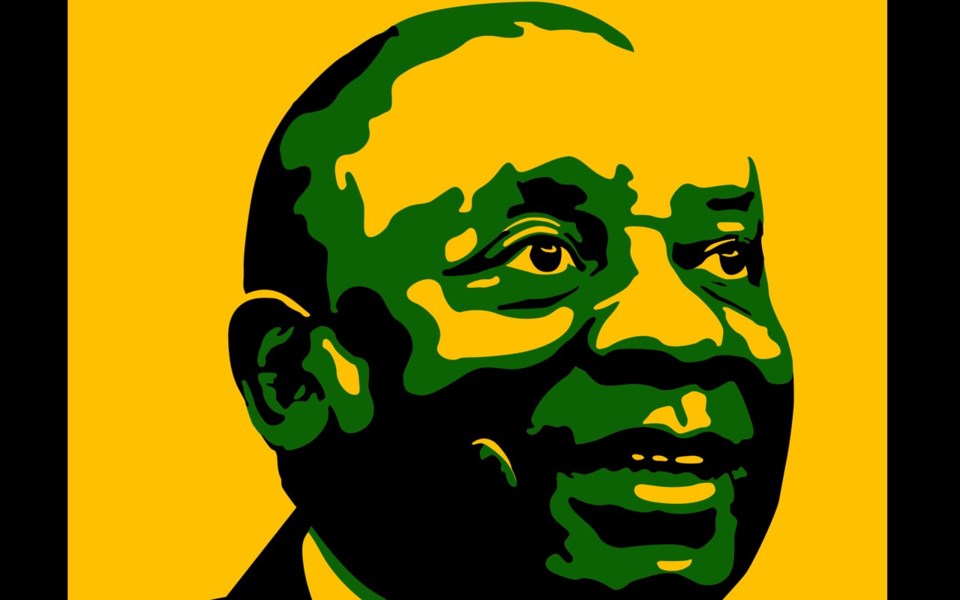 We have three gangsters, one suspect, and a president who is prisoner of a Top Six that is clearly compromised," said Zackie Achmat, Aids activist and Nobel Prize nominee, on hearing that Cyril Ramaphosa, a former trade union leader and businessman, had been elected president of South Africa's ruling African National Congress (ANC).

It's hard to celebrate when another billionaire wins an election, but thoughtful people in South Africa are at least relieved: it could have been worse. It could have been Nkosazana Dlamini-Zuma (NDZ), ex-wife of President Jacob Zuma, a profoundly corrupt man who has allowed, even encouraged corruption to spread through the higher ranks of the ANC.

There's no evidence that NDZ is corrupt herself, but it was widely believed that if she won power she would protect her former husband, who is otherwise likely to go to jail after he leaves the presidency. He faces 18 charges of corruption, fraud, racketeering, money laundering and tax evasion relating to 783 payments.

In October the Supreme Court of Appeal reinstated the charges, which Zuma has repeatedly used his presidential powers to suppress or postpone. His former financial adviser, who went to jail for making those payments, says he will testify against Zuma if necessary.

Zuma was counting on NDZ to protect him (they have four children together), and most of the ANC bigwigs who joined him in plundering the economy also backed her bid for the presidency. But Cyril Ramaphosa outmanoeuvred her, and on Tuesday he was narrowly elected president of the ANC.

He's not yet running South Africa, but in the 23 years since apartheid ended the ANC's president has usually become the country's president as well. Zuma can technically stay in power until the next scheduled elections in 2019, but last time the ANC's president changed, the party immediately "recalled" the sitting president of South Africa (Thabo Mbeki) and put in the new man (Zuma). That may happen again this time — or it may not.

If Ramaphosa becomes president of the whole country soon, there are high hopes that the corruption and the constant subversion of the law will stop, or at least shrink. Billionaires don't need to steal. And if local and foreign investors believe that Ramaphosa is not only honest, but competent, then maybe the economy will manage better than one-per-cent growth.

That would be nice, since it's a long time since South Africa has seen any real economic growth. But it's far from guaranteed, because Ramaphosa has been lumbered with a "Top Six" in the National Executive Committee (NEC) — a kind of cabinet — at least half of whom backed Nkosazana Dlamini-Zuma.

Two of them, David Mabuza, now Deputy President of the NEC, and Ace Magashule, now Secretary General, are definitely "gangsters." They have ruled two large provinces, Mpumalanga and the Free State, for a long time; they are both inexplicably rich; and both of them have close ties to the Guptas, a mega-rich family of Indian immigrants who have so much influence over Zuma that they have been accused of "state capture."

Zuma will therefore probably have another year to feather his nest and undermine the judiciary and the police before the scheduled general election in 2019. Even after that it is questionable how much headway Ramaphosa can make in cleaning up the party.

The great irony here is that Ramaphosa is richer than all of the thieves put together. If he could just have given them all the money they stole (an estimated $40 million in Zuma's case, but much less for most of them), Ramaphosa would still be rich at the end of it and a lot of these crooks would have done the jobs they were elected for.

Some of them might even have done their jobs well, in which case South Africa would be a different place. But if Ramaphosa had gone down that road, he would probably have ended up trying to buy the courts and the country's remarkably free media as well, and those are its only safeguards against a descent into total dysfunction.