'Life is like a ten-speed bicycle. Most of us have gears we never use.' - Charles M. Schultz (creator of Peanuts) Everyone likes to get a little frightened. For some, it's the buzz they get from watching a horror flic through splayed fingers.
Jan 23, 2013 8:00 PM By: Michel Beaudry 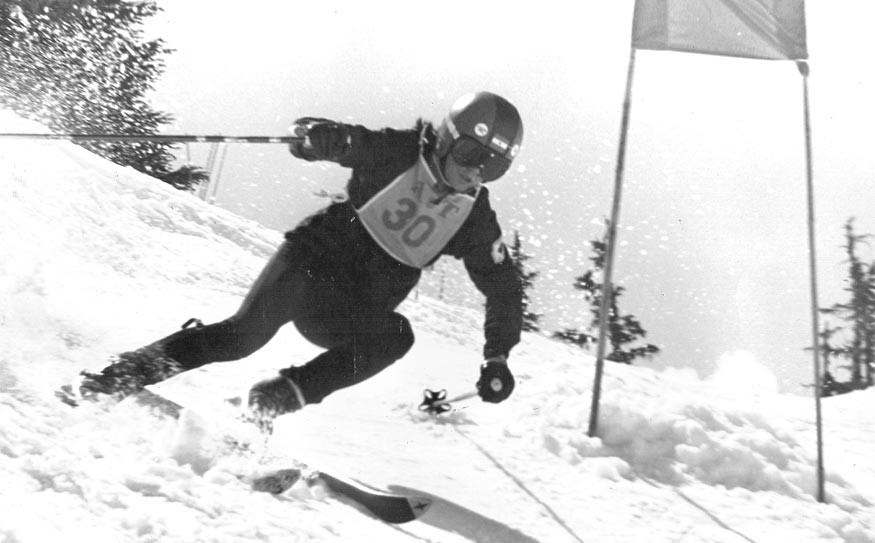 'Life is like a ten-speed bicycle. Most of us have gears we never use.'

Everyone likes to get a little frightened. For some, it's the buzz they get from watching a horror flic through splayed fingers. For others it's the rush they get from being dropped off a bridge on the end of a bungee cord.

And then there are those — relatively few in number — who willingly put themselves in high-risk situations where the outcome is entirely dependent on their kinetic abilities and panic-management skills. Those — to further Schultz's simile (see above quote) — who actually have to use those extra life gears most humans ignore.

If you know Tom Pro — even a little bit — you know where I'm going with this. He has (as my friend Tamara McKinnney terms it) the notorious "crooked gene". He loves to go fast. Particularly down a mountain — on skis, on a bike... whatever.

And "panic" is simply not part of his lexicon. Ratchet up the tension — raise the stakes to new heights — and Pro simply adjusts to the new conditions and keeps on choogling. And the tougher things get, the calmer Tom becomes. I mean, this is a guy who knows just the right joke to tell to ease the pressure of a tense moment. Who can make a newcomer feel like he's a long-lost buddy within minutes of meeting him. Which makes him a particularly effective coach and teacher.

Still, at the core of Pro's identity is this grand love — this unbound passion — for speeding down the hill on two boards. "I can't explain it in words," he says, "but there's something about skiing — about the mountains and the snow — that speaks directly to my heart." He stops. Chuckles a bit self-consciously. "And it's always been there, you know."

It was evident from the moment he set tracks on Grouse Mountain that this young outsider had special talents. Picture it: skinny-assed Euro kid suddenly thrust into late-1960s West Coast ski culture. Still learning English, still adjusting to North American mores, still a little bit in shock at his family's escape from behind the Iron Curtain. It was definitely a gamble. Joining the Tyee Ski Club could have been disastrous for the newcomer. Instead Tom thrived there.

Sure, he was a bit of a daredevil. What young, up-and-coming speed ace isn't? More importantly, the kid could ski. And he was, seemingly, fearless. It was only a matter of time, most observers figured, before he'd be knocking at the Canadian Downhill Team's door.

Yet when the time came, that door didn't open. No matter. The 20-year-old Pro wasn't done. He still wanted to race. Still wanted to test his skills on the world's fastest tracks. "In those days," he explains, "you could apply to the national team for what was called a 'FIS license', which allowed you to race in European events as an individual. So me and my buddy Dave Lambert decided to go for it." He stops. Takes a long breath. Laughs. "It was a lot of fun, you know. We lived in this VW van we'd bought at the beginning of the season. But it was so full of gear you had to move the ski bags out at night to make enough room to sleep. I can tell you, we put some serious miles on that truck. Lambert was a slalomer, you know, and I raced the downhills, so we pretty much criss-crossed the Alps all that winter..."

Fun times, for sure. But was it productive? "I learned so much on that trip," he says. "Just the fact that we were on our own, looking after ourselves, making decisions together — that was pretty exciting." Not to mention all the stuff he learned from the people he met that winter "Being a lone downhiller is tough, you know, so I ended up travelling and training with the Spanish Team a lot." He stops. Sighs nostalgically. "That was really cool..."

As for memorable races, "well, there was that one downhill in Serre Chevalier," he says almost reluctantly. "I think it was the French National Championships. And it was ugly. There was no snow on the course... just ice." He laughs. "If I remember correctly, France lost half its downhill team in that one race."

And Pro? "I was definitely intimidated," he admits. And laughs some more. "I even got a haircut the night before the race from Kathy O'Sullivan (who was visiting with Dave Lambert) so I would look good in my casket for my mom..."

A quick sidebar: It's worth keeping in mind that this was also the time (1974-75) when the upstart Canadian Downhill Team was beginning to impose its collective will on the European-dominated speed circuit. While it is reasonable to assume that the "Crazy Canuck" moniker was bestowed on the actual members of that team, many a European journalist will argue that it was actually the skiing antics of Canadian racers who weren't on the team that made the "crazy" come alive for them. Apocryphal? Maybe...

But back to the story. Ski racing is a tough sport to let go of. Particularly when you're so close to grabbing the brass ring. And for Pro it was no different. "I kept thinking: 'Just one more season,' you know. But eventually I realized I had to move on." He retired from ski racing in the winter of '77-'78. Now what?

"I started ski coaching," he says. "Worked with the Lower Mainland zone kids." But his friends kept bugging him about this new straight-down-the-falline racing thing they were all into now. "My old downhill racing buddies — you know, Kent Wills and Terry Watts, those guys — wouldn't leave me alone. 'You gotta come out and try speedskiing,' they kept saying. 'It's simple — straight down the hill as fast as you can go. No turns, no jumps. Just speed. You're gonna love it.'" He sighs. "So I had no choice really. I had to give it a try..."

That 'try' catapulted Pro into a new racing career that would last until 1988. And it did, indeed, suit his talents. "My fastest recorded speed," he says proudly, "was 198.785 km/h." And he laughs. "I think Mark 'Straight-ahead Fred' Rowan and I are tied at that speed..."

If downhill racing is skiing's equivalent to Formula 1, then speedskiing fulfills the sport's dragster racing component. And it appeals to a very particular type of athlete. Interesting too. The very same Canadian guys who had earlier risked life and limb in Europe competing as independents on second-rate downhills (and who were, as we've already discussed, far crazier than their national-team counterparts) now became the ones to beat in this insanely-fast new sport. "For a while there, we Canadians ruled," says Pro. "We were all individuals, you know, but we worked better as a team than anyone else on the circuit." He lets another chuckle escape. "And we were popular too! I don't know exactly what it is about Canadians, but we were welcomed everywhere we went..."

Now before you imagine a well-financed campaign with coaches and technicians and masseurs and other expensive goodies, think again. This was as seat-of-the-pants racing as you can get. "By this point," says Pro, "we're all adults. Totally on our own. But we're having the time of our lives!"

Still, it wasn't always easy. "Just trucking our gear around was a major operation," explains Pro. "Checking in at the airport with our monster ski bags and stuff — that was a real chore..."

Lucky they had Whistlerite Kent Wills around. "He just had a way with the check-in ladies. He could talk them up like nobody's business. The result: we never paid for overweight baggage." And Tom laughs some more. "I remember arriving at the Geneva airport once and hearing that the American team had been forced to pay hundreds of dollars in excess baggage charges. That got us a bit nervous. But we had a pretty good strategy in those days — we'd even pick the attendant for Kent to chat up..." He stops again. Shakes his head. Shrugs. "And he didn't disappoint. I don't know how Kent managed it that day, but all our gear got on that plane for free."

Pro took full advantage of his "second" ski-racing career. But the clock was ticking. "In other words, I wasn't getting any younger," he says with a wry grin. When he blew his knee out while forerunning a World Cup downhill in the winter of 1988, Tom realized he'd come to the end of the line. "It happened just before leaving for Europe for a speedskiing event," he says. "That was a huge disappointment for me." He pauses, takes a breath. "But I was okay with it. I figured I'd had a pretty good run. It was time to move on..."

Pro was no stranger to Whistler. "I'd been spending my winters here for some time — I rented a room from Phil Chew," he says. But his marriage to Claire Thornthwaite in 1989, and the arrival of their first child in May of 1991 convinced him to move up full-time. Ah, but that's a story for next week...