Standing up for inclusivity

It's easy to just get caught up in the fun of the Whistler Pride and Ski Festival — like any of the many festivals Whistler hosts, the community likes to put its best foot forward to help attendees have a good time.
Jan 25, 2017 5:00 PM By: Clare Ogilvie 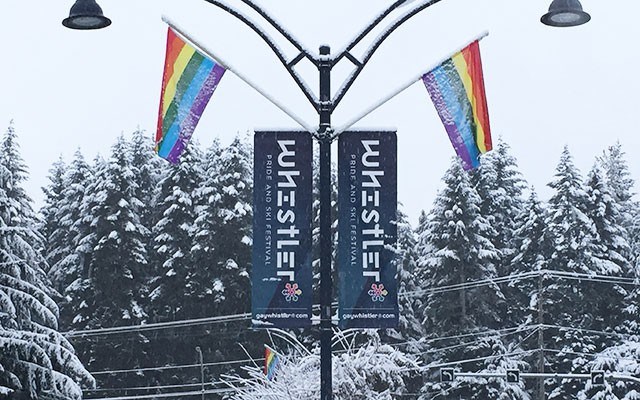 It's easy to just get caught up in the fun of the Whistler Pride and Ski Festival — like any of the many festivals Whistler hosts, the community likes to put its best foot forward to help attendees have a good time.

But this week, especially as we continue to be deluged with Trump news from south of the border, let's also celebrate a central tenet of this event — inclusivity.

In last week's Pique, Dean Nelson, the event's executive producer, had this message for locals and visitors alike: "Come in, have fun with us. Everybody is welcome!"

The festival is celebrating 25 years — and it has marked and created its own change as the LGBTQ community has fought for and won rights not just in Canada, but also around the globe.

Last fall, it was announced that Prime Minister Justin Trudeau would apologize for a host of policies that led to the prosecution and persecution of sexual minorities. Among those receiving the apology will be people forced out of the civil service and military and those convicted criminally of committing homosexual acts before 1969.

However, the fight is far from over. In 72 countries, homosexuals can be imprisoned or killed. Even Belize, a popular sun destination, still has historical anti-gay laws in place.

At one point several years ago, there was discussion around whether the Whistler Pride and Ski Festival needed to be branded as LGBTQ since gay travel was growing along with an international understanding in the tourism sector of the power of the "pink" dollar. Maybe LBGTQ travellers should just travel individually or in groups without specific branding?

According to the 20th annual survey by Community Marketing, Inc., which tracks LGBTQ travel trends, the annual economic impact of this segment of travellers is over US$75 billion per year in America alone, not including the value of international inbound LGBT travel. The annual spending power of the global LGBT community has been estimated at US$3.7 trillion.

Gay and lesbians make up around 10 per cent of all tourists and for most destinations, this segment is attractive because they travel all year round and spend more.

While it is difficult to estimate how much gay travellers spend, the United Nations World Tourism Organization said in a recent report that, "there is no denying" that they "are a dynamic and influential segment within the tourism sector."

Whistler, and indeed Canada, is perfectly poised to capture some of the travel associated with this segment, since our reputation as a welcoming destination is globally known.

The U.S. has always been a popular destination but things might be changing. Some LGBTQ travellers are boycotting various U.S. states over discriminatory laws that are being considered or even adopted.

Thank goodness the HB2 bill in Virginia died a quick death in committee. It sought to ban transgendered people from using the bathroom they identified with — instead it would have made them use the bathroom associated with their gender at birth.

Truth-Out.org reported that the HB2 bill has cost up to US$562 million in losses for the state. The sum is made up of musician boycotts, companies pulling business out of the state, sporting events moving elsewhere, cancelled conventions and the legal costs of creating and defending the anti-LGBTQ bill.

All of this the backdrop to the removal at noon on Friday, Jan. 20, U.S. inauguration day, of the LGBTQ, climate change, health care, and civil liberties pages from the website of the brand new Trump White House.

Human rights violations of any kind are deplorable. Let's take the opportunity we have during the Pride festival to make sure that every visitor to Whistler knows that is how we feel.