Stick with the pros

Like a lot of consumers these days, I like to read the online reviews before making a big purchase.
Oct 2, 2013 9:00 PM By: Andrew Mitchell 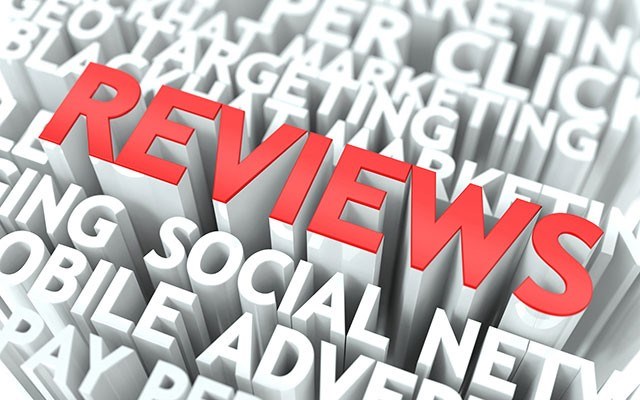 Like a lot of consumers these days, I like to read the online reviews before making a big purchase. But I've also learned over the years to heed the professional reviewers more than consumers — although it's always a bonus if the two things agree.

There are a few reasons I tend to trust the pros more than Joe Public when it comes to these things. For one, a serious reviewer is experienced and generally fair, and if they have a bias — and all of them do — then it's usually well known and you can generally account for that. Like journalists, pro reviewers work "on the record" and they have to stand by that if they want to maintain their credibility.

The other reason is that you can't necessarily trust Joe Public. There was one funny review going around the interwebs recently where someone praised a product on Amazon.com, going as far as to say that it saved her child's life — before giving it just four out of five stars. What, people wondered, would the product have to do to get a perfect rating?

On one side of the spectrum you have the grumpy reviewers, those pessimistic perfectionists that are eternally disappointed and seem to go out of their way to find the bad in everything. I've met people for whom every single trip to a restaurant is a veritable horror story of inept staff, poor quality food and long waits to be seated or for food. Maybe they just didn't like the look they got when they asked to have half the salad dressing on the salad and half on the side.

On the other side of the spectrum you have the straight-up fake reviewers, usually people who work at the business or are related in some way to the people there, but sometimes of the paid variety as well. According to MarketWatch, something like 20 per cent of Yelp reviews are fraudulent, and produced by freelancers overseas that have never actually been to the restaurant or store, and yet are paid $1 to $10 per review. New York's attorney general actually had to step in due to the growing number of fake reviews — as you can imagine, that city's militant restaurant industry was up in arms — resulting in a year-long investigation that resulted in 19 companies being ordered to stop forging reviews and pay some $350,000 in fines.

Yelp's policies are naturally against paid reviews, and the company says it uses "sophisticated software to filter out suspicious and less trustworthy reviews," with the result that only 75 per cent of submitted reviews are actually published. They are also going after fakers themselves: the Vancouver Sun reported last week that Yelp was suing a North Vancouver man for submitting fake reviews.

But while Yelp appears to be very serious when it comes to protecting the sanctity of its review system, Yelp itself is the target of a class action lawsuit alleging that the company is manipulating reviews in favour of companies that pay Yelp for online advertising — something Yelp strenuously denies. A slew of websites have popped up — YelpFiction.com, YelpLawsuit.com, Yelp-Sucks.com — that allege Yelp is a legalized protection racket, while on their side Yelp is insisting that everything is managed by algorithms, and that the company does not interfere with the ranking process. Whatever the truth is, there's an undeniable conflict of interest there.

So how do you use reviews for anything if the pros are biased, jaded or flat out disagreeing with one another, and the general public can't be trusted? The simple answer is that you shouldn't. Reviews are by definition subjective, no matter what they're for, and as a result it's impossible to look at a cluster of stars and know exactly what you're in for.

Go to RottenTomatoes.com and check out their list of best movies of all time based on an aggregate of critic reviews — chances are you will disagree with eight of the titles in the top 10, and you won't even have heard of a few. You obviously can't trust review scores with too little feedback, but reviews with a lot of feedback are also misleading because average things that people like — not necessarily love — always rise to the top based on the weight of consensus.

But I think I've grown better at deciphering reviews. For example, reading several pro reviewers and looking for differences and things in common is a good place to start. When it comes to consumer reviews, I always read the positive and negative comments and look for posts with the most relevant details. For example, if someone gives a video game a bad review because it's too much like another game, I'll disregard it — especially if I haven't played the other game. But if another reviewer spells it out — the game is laggy, the controls and camera angles are wonky, it crashes, there's no variety to the gameplay or enemies, and so on — I'll probably listen.

The death of main street and brick and mortar stores doesn't make it any easier — it wasn't that long ago that we all had merchants in our lives that we knew and trusted, and could ask for advice before making decisions on what to buy.