Summer on the 99; the new reality 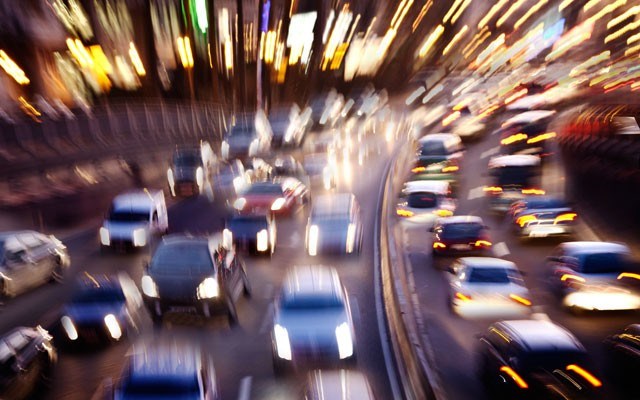 The summer of 2013 has been one to remember in the Sea to Sky corridor. The weather has been mostly amazing; there have been festivals and concerts nearly every weekend; visitor numbers appear to be very good; even Whistler's pay parking lots have been full much of the time.

But this summer may have also seen a tipping point reached... in our use and expectations for Highway 99.

This weekend's Ironman Canada triathlon, which will effectively close the highway between Whistler and Pemberton for most of Sunday, may be the symbolic nadir (or highpoint, depending on your view), but the reality should be clear: in the summer months the highway has become much more than an expressway for automobile traffic. And we need to adjust our expectations accordingly.

Prior to its $600 million upgrade for the 2010 Olympics Highway 99 was a patchwork of haphazard improvements and hazardous remnants from its days as a logging road. Car accidents were common. According to the Ministry of Transportation the Sea to Sky Highway saw an average of 215 crashes per year in the decade from 2000 to 2009. Many were devastating. Between 1998 and 2007, 63 people died on the highway. Quite apart from the tragedies but still significant, highway closures due to crashes often lasted for hours.

In the first year following the highway upgrades, 2010, there were 73 crashes. The number may be slightly skewed because of the travel restrictions during the Olympics that year, but it still represents a 66 per cent decline from the 10-year average.

Not only was the highway safer, according to the statistics, it was also easier to travel. Day trips to or from the Lower Mainland became much more palatable and more common.

The highway upgrades included adding a third lane, and sometimes a fourth lane, in areas that previously were just two lanes. The result is that almost the entire Sea to Sky Highway between Horseshoe Bay and Whistler is at least three lanes wide.

In the same places additional lanes were added for automobiles, the shoulder was widened, and a few signs installed, to encourage cycling on the highway. The combination of three (or four) lanes and wider shoulders allowed for the RBC GranFondo Whistler, which debuted in September 2010. One lane is closed on one day each September for the 5,000-odd cyclists that ride the fondo. The wider shoulder provides room for cyclists to train throughout the summer.

The GranFondo was the first event to make use of the Sea to Sky Highway for something other than automobile traffic, although Pemberton's Slow Food Cycle has done the same thing for Pemberton Meadows Road since 2005. This weekend, the first Ironman Canada triathlon in Whistler will see triathletes taking over Highway 99 between Whistler Olympic Park and Pemberton, as well as Pemberton Meadows Road, for the cycling portion of the event.

These one-day events mean some restrictions on travel that, despite the best efforts of event organizers and local officials, still surprise and frustrate some people.

Part of the "problem" is these events have become very successful, drawing thousands of participants. And they have become successful, at least in part, because of the upgraded highway itself.

But the one-day events on the highway are not the only change. Events like the Squamish Valley Music Festival and numerous concerts and festivals in Whistler have also drawn people to make the easier, safer drive up the Sea to Sky Highway.

By most accounts, traffic was not well managed on at least the first day of this year's Squamish Valley Music Festival. That would seem to be a problem that could be minimized with better coordination and preparation. And organizers have acknowledged the need to do so.

But some still question whether the events are worthwhile.

The answer, of course, depends on who you are, what your interests are and whether you take an individual or collective perspective. Certainly disruptions to non-event participants need to be minimized as much as possible, and the record shows that organizers learn and modify their plans each year to do that.

However, these events, supported by communities in the corridor, have become important parts of the summer curriculum in the Sea to Sky region. They generate revenue for local businesses and are linked to the communities' identities. Recognizing the benefit of these events to the corridor's communities is a starting point.

We also need to understand that the highway isn't reserved exclusively for us as individuals to get from A to B in our cars any time we choose. It is a shared strip of tarmac. It is an economic pipeline. It is a training area. It is a cultural journey.

The upgraded Highway 99 is one of the best legacies of the 2010 Olympics; a legacy that everyone living in or visiting the corridor can enjoy. It has made new events and opportunities possible. And it is a safer highway for all.

The tradeoff is that it is used by more people than ever, in a variety of ways. And on a handful of days each summer there are restrictions on vehicle traffic.