It would be interesting to know just what tidbits of information the U.S. National Security Agency's eavesdropping has turned up on United Nations Secretary-General Ban Ki-Moon.
Jan 22, 2014 8:00 PM By: Gwynne Dyer 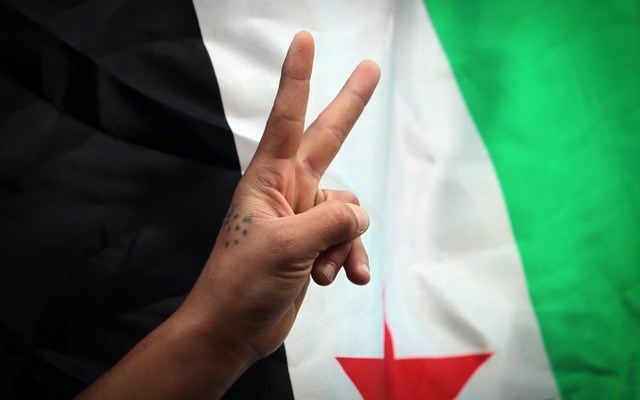 It would be interesting to know just what tidbits of information the U.S. National Security Agency's eavesdropping has turned up on United Nations Secretary-General Ban Ki-Moon. He certainly caved in very fast: on Sunday he invited Iran to join the long-delayed peace talks aimed at ending the three-year-old civil war in Syria; on Sunday evening the United States loudly objected, and on Monday he obediently uninvited Iran.

So the peace talks get underway in Switzerland this week after all, and the omens for peace are not that bad. Unless, of course, you were also hoping for the overthrow of the brutal regime of Bashar al-Assad and the emergence of a democratic Syria, in which case the omens are positively awful.

The breakthrough may not happen at Geneva this week, but the Russians and the Americans are now on the same side (although the U.S. cannot yet bring itself to say publicly that it is backing Assad). Moreover, some of the rebels are getting ready to change sides. It won't be fast and it won't be pretty, but there's a decent chance that peace, in the shape of an Assad victory, will come to Syria within a year or two.

What has made this possible is the jihadis, the fanatical extremists of the al-Nusra Front and the Islamic State of Iraq and the Levant, who have frightened both the United States and a great many ordinary Syrians into seeing Assad's regime as the lesser evil.

Two years ago, it still seemed possible that Assad could lose. The rebels had the support of the United States, Turkey and powerful Sunni Arab states like Egypt and Saudi Arabia, and they still talked about a democratic, inclusive Syria. Assad's only friends were Iran, Russia and Lebanon's Hezbollah.

But then the jihadis showed up, alienating local people with their extreme version of sharia law and scaring the pants off the United States with their allegiance to al-Qaeda. It took the United States quite a while to admit to itself that it does not actually want Assad to fall if that means putting the jihadis in power, but it has finally grasped the concept.

The catalyst was the poison gas attacks in Damascus last August, which forced the U.S. to threaten air strikes against the Assad regime (because it had already declared that the use of poison gas would cross a "red line"). However, President Obama was clearly reluctant to carry out his threat — and then the Russians came up with the idea that Assad could hand over all his chemical weapons instead.

Obama grabbed that lifeline and cancelled the air strikes. After that there was no longer any prospect of Western military intervention in the Syrian war, which meant that Assad was certain to survive, because the domestic rebels were never going to win it on their own.

More recently, a "war-within-the-war" has broken out among the rebels, with the secular groups fighting the jihadis and the jihadi groups fighting among themselves. So far in January more people have been killed in this internecine rebel war (over a thousand) than in the war against the regime. And the U.S. and Russia are working on a deal that would swing most of the non-jihadi rebels over to the regime's side.

General Salim Idris, the commander of the Free Syrian Army (the main non-jihadi force on the battlefield), said last month that he and his allies were dropping the demand that Assad must leave power before the Geneva meeting convened. Instead, they would be content for Assad to go at the end of the negotiation process, at which time the FSA's forces would join with those of the regime in an offensive against the Islamists.

He was actually signalling that the Free Syrian Army is getting ready to change sides. There will have to be amnesties and financial rewards for those who change sides, of course, but these things are easily arranged. And Assad will not leave power "at the end of the negotiation process."

The jihadis are not at Geneva this week, of course; just the Russians and the Americans, and the Assad regime and the Syrian National coalition (the Free Syrian Army's political front), and a few odds and sods to make up the numbers. It is an ideal environment for the regime and the secular rebels to discuss quietly how they might make a deal, with their Russian and American big brothers in attendance to smooth the path.

The fighting in Syria will continue for many months, even if a joint front of the regime and the FSA is formed to drive out the foreign extremists and eliminate the native-born ones. In practice the end game will probably be even more ragged than that, with all sorts of local rebel groups trying to cut their own deals or holding out until the bitter end. But the final outcome has become clear, and it is no longer years away.