Taking on the world

This is not an easy time to be a new high-school graduate. There are enormous pressures on the youths of today to know what they want to do with the "rest of their lives" even before they graduate.
Jun 20, 2019 12:00 AM By: Clare Ogilvie 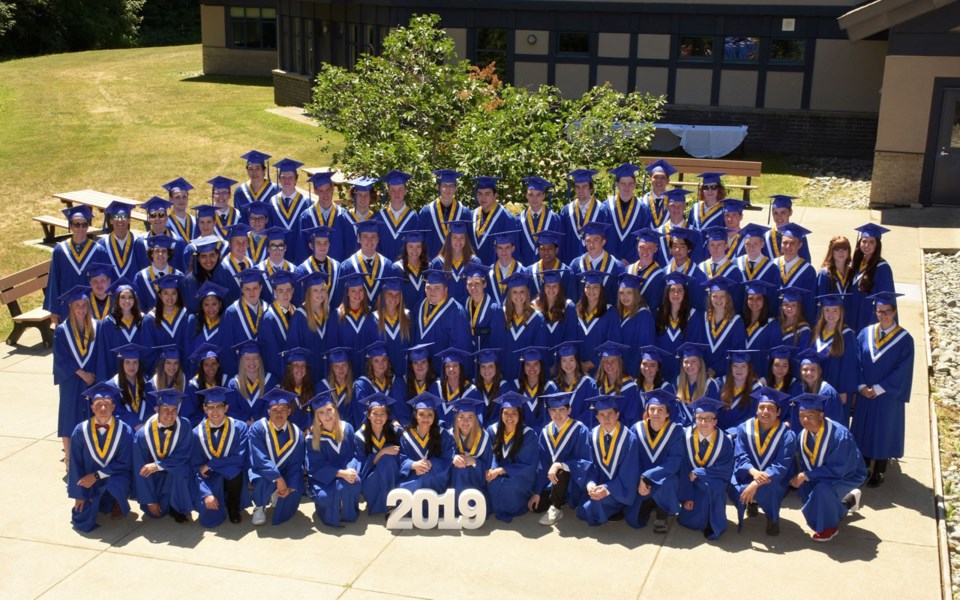 This is not an easy time to be a new high-school graduate.

There are enormous pressures on the youths of today to know what they want to do with the "rest of their lives" even before they graduate. They are being tasked with finding solutions to some frightening scenarios, including climate change, intolerance, terrorism, poor government and more.

Some might throw up their hands and shake their heads, but many are stepping up with creative ideas and hope.

You could see that last weekend as our Whistler Secondary School class of 2019 graduated. (Full disclosure, my son Matt graduated, too.)

We have grads heading off to sciences (pre-med and research), math, business, the arts, and they are also well represented in the trades.

This particular grad class was also caught up in the ongoing redesign of our education system in B.C., which has really began to hone in on the ideas of critical thinking, creative problem solving, alone and in collaboration, and contributing to the world around them.

This is not hocus pocus. Reported Macleans this April: "After years of dire warnings about the limited value of their degree, liberal arts students are making a surprising discovery: Employers want them. It turns out their skills—including the ability to communicate, solve problems, think critically and collaborate—are in demand for many sectors, including finance and technology."

These big ideas have changed and are changing the way our teachers are being asked to teach and the way our students learn. It has had, and will continue to have, some serious growing pains, but I see its success reflected in many of our graduates.

A life by rote is not likely for them.

There are many grads taking a gap year or postponing post-secondary learning for a while. In the past, that might have seemed risky in the pursuit of success as an adult, however you measure that. But consider for a moment that the World Economic Forum estimates that 65 per cent of children today will end up in careers that don't even exist yet.

This may seem extreme, but what it is really getting at is that the idea of people just sitting in offices typing up reports is almost gone forever. Most jobs need strong communication and interpersonal skills—where the ability to gain new knowledge will be more valuable than the knowledge itself.

The U.S.-based National Association of Colleges and Employers (NACE) found recently that 82 per cent of hiring managers and human resources pros ranked communication skills at No. 1, closely followed by problem-solving and the ability to work with a team, when it came to hiring criteria. Analytical and quantitative skills, hot as those are these days, came in fifth on employers' wishlists.

This is a generation of kids who have grown up with existential threats as part of their everyday lives. Their social-media notifications are full of stories about wildfire, floods, uprisings, terrorism, economic downturns, climate change and more.

They are not looking at government as the way to address these issues. They see themselves as part of the solution—just look to the FridaysForFuture movement to see this idea in action, as millions of students of every age have taken to the streets in their communities, including Whistler, to demand action on the climate-change crisis.

They are not being wowed by Big Business—most don't see themselves working in that sort of space.

But it won't be overnight, and it will take many years of grads to address this new environment we find ourselves in.

But as I listened to the amazing accomplishments of our grads, watched them accept close to $100,000 in scholarships from local organizations and businesses, and looked at their faces, I felt hopeful.

And that feels like a good way to end this school year.