"Do what you love. Know your own bone; gnaw it, bury it, unearth it and gnaw it still." - Philosopher Henry David Thoreau She was good at her job. No, not just good. Outstanding.
Apr 10, 2013 9:00 PM By: Michel Beaudry 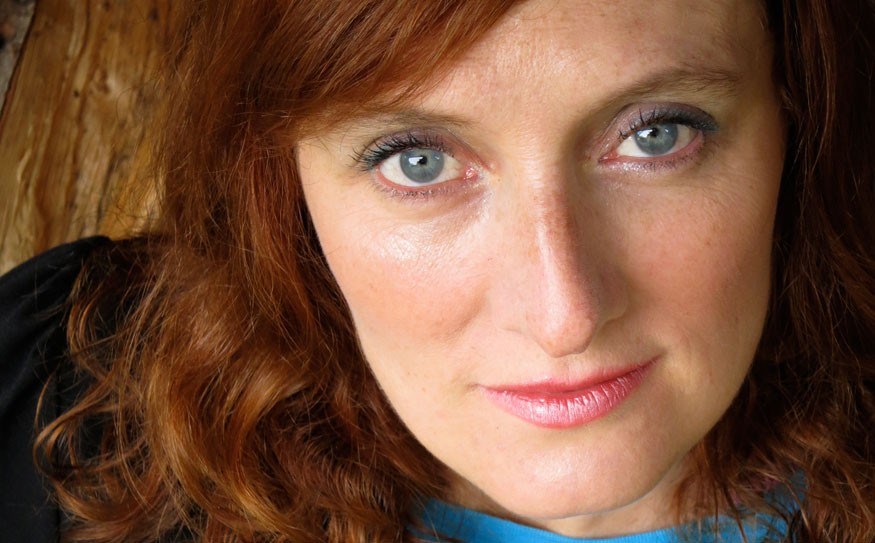 "Do what you love. Know your own bone; gnaw it, bury it, unearth it and gnaw it still."

She was good at her job. No, not just good. Outstanding. She was energized, organized, and utterly fearless — exactly the right combo for the kind of work she was being asked to do. In the tight-knit Vancouver TV/film community of the late 1990's, she was considered a well-liked up-and-coming young assistant director.

And the money was so-o-o-o good. At first glance, it seemed that this was exactly what Angie Nolan had always aspired to. She was living the dream — she was a respected member of Hollywood North. All signs pointed upwards. Still, there were clouds on the horizon.

"I'm no strident feminist, you now." Angie laughs. "But being a woman in that world — it was really tough. Even today — there's not a lot of room at the top for females..." She shakes her head. Shrugs... almost in apology for bringing up the subject. Angie, you see, is a glass half-full kind of woman. She's not a whiner. Not a complainer. She just wants me to understand her state of mind in 1999.

And yes, there was more to it than sexual politics. Being a good AD means, essentially, being a good manager. And while it may require a certain amount of ingenuity to administer the disparate parts of the job, assistant directors rarely get much of a say in a film project's creative flow.

"With those AD jobs," Angie explains, "I really indulged the A-type part of my personality. But my creative side was screaming for an outlet." She sighs. "I was going for the money and the power and the prestige. It was all good, you know, but I realized that something was missing..."

Then the unthinkable happened. "We'd just finished shooting a film," she begins, "and we were headed to the wrap party..." While crossing the intersection at Vancouver's 12th and Granville, the car she was riding in was hit broadside by another vehicle. In that one crushing moment, Angie's life changed forever.

Months of rehabilitation; interminable struggles with the medical/insurance bureaucracy; and growing financial issues — her new situation was a severe comedown for the 29-year-old film pro.

"It's such a challenge to realize you can't physically do what you want to do anymore," she says. "I had to learn how to move my body all over again. I suffered constant blackouts..." She laughs darkly. "And even when I started getting better and things would release — that's when I'd realize how much another part of my body was hurting."

She stops talking. Sighs. "I'm not a downcast type person," she says. "But that particular time period pushed me as close to depression as I think I will ever get."

Fortunately she had Whistler to fall back on. "It was already a big part of my life," she explains. "That's where I spent all my free time." Besides, she adds, Whistler boasts more leading-edge physiotherapists than any Canadian town its size (and many much larger). Why not plug into that resource? "So that's what I decided — I'd come here to heal."

The first nine months were the hardest. But in true Angie fashion, she simply put her head down and set about the task of getting herself back together. By August of 2000, she was on her feet again and looking for work. "My life had never been ruled by money," she says. "The film business had kind of spoiled me that way — 'making a living' hadn't been an issue since university. But now I had to find a job."

Enter Canadian Snowmobile Adventures. "I can't say enough about CSA and my boss, Alan Crawford. Before I knew it, I was part of the family there." She stops talking. A smile creeps across her face. "It was so cool, you know. I was the company 'party planner.'" Her smile broadens. "And that got my creative juices really going. I mean, I had the funnest job in the world. You know, like organizing wild and crazy theme parties for the community so that people could get to know us better..."

Angie stayed at CSA for five years — "but with time off," she says. "I went to Australia in 2001... just happened to book my flight back for September 11th." She laughs again. And then quickly moves on. Alan Crawford, she tells me, is a die-hard film enthusiast, "so I got all the time off I needed for film projects as well."

And slowly but surely, Nouvelle Angie insinuated herself into Whistler's arts-and-performance scene. "It was Alan, actually, who roped me in to my first 72-Hour Filmmaker Showdown," she recounts. "I was just there to help out. But by the end of it, I was acting, editing... doing it all!"

Things were starting to fall into place. Around the same time, she says, she auditioned for a part in a local pantomime production of Snow White. "That's when I met Heather Paul and all the other Whistler Thespians. You know, Michele Bush and Susan Hutcheson and..." She pauses. Takes a breath. And I can tell by her change in tone how important this part of the rehab was for her. "It was so exciting to be back on stage again. So exciting to be part of live theatre and working with like-minded people who were passionate and crazy about the same things I was..."

Indeed. Angie was finally giving free rein to the creative juices she'd suppressed during all those years she spent climbing the AD ladder. It was exactly what she needed to do, she says. But it was happening in such a strange way.

"I kind of believe that things happen for a reason," she explains. And shrugs. "Who knows? Maybe the accident had to happen so that I could shift into this new life. I mean, I haven't stopped since the accident — writing, directing, acting — it's good."

But where was I? Oh yeah. Angie, Whistler theatre and the Snow White pantomime. "At this point, I've got to give a shout-out to Katie Schaitel," says Angie. "She played the part of Snow White in that production while I played Chuckles the Clown." She laughs. "And we hit it off right away." They must have, for soon after — "Probably sometime around 2004," says Angie — the two women formed Swiftrock Productions. "We've collaborated on a lot of creative projects since then," adds Angie. "And it's been both fun and productive."

Meanwhile though, Angie had landed a legitimate arts gig. "I was hired as program coordinator for the Whistler Film Festival that same year," she says. And smiles. "It was the perfect job for me. And they paid real money." But seriously — "I have to say,", she adds, "that the local arts scene was beginning to get traction by then. People were starting to take notice."

And Angie was blasting ahead with her own projects. Little did she know that Cupid was also at play in her world. "I got involved with another of Heather Paul's pantomimes the next winter — Peter Pan," she starts." Somebody got sick and one of the gals in the cast said 'My boss would be good in this part.'" She stops the story. Smiles. "So lo and behold, in comes this skinny, long-haired guy to audition for the role of Tonkerbell... I thought he was strange at first — but somehow familiar."

Such is the way she describes her first real interaction with Fish Boulton, the on-call firefighter and volley patroller who eventually did get to play the role of Tonkerbell in the new production. "Let's just say," she summarises, "that his role was memorable..."

It took a while for the two actors to connect. "I saw him a few months later," remembers Angie. "He'd cut his hair and put some meat on his bones. 'He's kinda cute' I realized. We didn't start dating right away, you know. But he was really persistent." She laughs. "As was the not-so-gentle gentle prodding of our mutual friend Sarah Valentine..."

They say still waters run deep. If so, then Fish is a prime example of that dictum. Usually a man of few words, Boulton decided to make his ultimate declaration of love for Angie a public event. "It was during the Chairlift Review of 2008," she says. "The show was all but over when Fish suddenly appeared on stage and proposed to me. You could have knocked me over with a feather." They got married the next year at the Adventure Ranch. "It was one colourful wedding," she adds. "Almost more talent show than ceremony." She smiles one last time. "But fun. Really fun."