There was a time, as recently as 25 years ago, when military staff colleges around the world taught a reasonably effective doctrine for dealing with terrorism. Then it was forgotten, but we need it back.
Oct 8, 2014 6:00 PM By: Gwynne Dyer 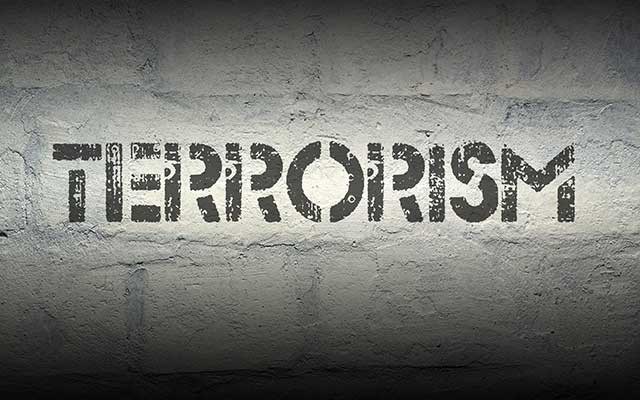 There was a time, as recently as 25 years ago, when military staff colleges around the world taught a reasonably effective doctrine for dealing with terrorism. Then it was forgotten, but we need it back. It would be especially useful in dealing with the terrorist state that has recently emerged in northern Iraq and eastern Syria.

The doctrine was painfully worked out back in the decades of the 1960s, '70s and '80s, when terrorism was one of the world's biggest problems. Most of the time, the strategy worked, whether the threat was the urban terrorists who plagued most Latin American countries and a number of big developed countries, or the rural guerillas that fought the government in many African and Asian countries.

The key insight was this: Terrorist movements always want you to overreact, so don't do it. The terrorists usually lack the popular support to overpower their opponent by force, so they employ a kind of political jiu-jitsu: they try to use the adversary's own strength against him. Most domestic terrorism, and almost all international terrorism, is aimed at provoking a big, stupid, self-defeating response from the target government.

The Red Army Faction terrorists, for example, hoped that their attacks would provoke West Germany's democratic government into severe repression. This was known, in the works of philosopher Herbert Marcuse, as "unmasking the repressive tolerance of the liberal bourgeoisie" – and once the West German government had dropped its mask, the RAF terrorists believed, the outraged workers would rise up in their millions and overthrow it.

But we never found out if the workers would actually do that, because the West German government refused to panic. It just tracked down the terrorists and killed or arrested them. It used violence, but only in legal, limited and precisely targeted ways. The same approach ended the terrorist campaigns in Italy (the Red Brigades), Canada (the Quebec Liberation Front), Japan (the Japanese Red Army) and the United States (the Weathermen).

In Latin America, by contrast, the "urban terrorists" did succeed in the first stage of their strategy. Their attacks drove the military in Argentina, Brazil and a number of other countries to seize power and create brutally repressive regimes. But even this did not cause the population to revolt, as the terrorists had expected.

Instead, "the people" kept their heads down while the military regimes destroyed the revolutionaries (together with many innocent bystanders). Extreme repression can also eventually succeed as a counter-strategy to terrorism, but it imposes a terrible cost on the population.

International terrorism has a somewhat better record of success, mainly because these terrorists are not actually trying to overthrow the government they attack. They are merely trying to trick that foreign government into using massive violence against the countries where they really do want to take power. The attacks of the foreigners will outrage and radicalize the local population, who will then give their support to the local revolutionaries.

The most successful operation of this kind was 9/11, a low-cost attack that incited the United States to invade two entire countries in the region where the revolutionaries of al-Qaeda hoped to replace the local governments with Islamist regimes. The local population has been duly radicalized, especially in the Sunni-majority parts of Iraq, and 13 years later an "Islamic Caliphate" has taken power in the northern and western parts of that country.

Osama bin Laden would have condemned the extreme cruelty that the new Islamist state has adopted as its modus operandi, but in essence it is the fulfillment of the grand strategy that he worked out after the Russians left Afghanistan a quarter-century ago. He could not have predicted that the strategy's greatest success would be in Iraq, for he had no allies or followers there before the U.S. invasion, but he would still take credit for it.

So now that Osama bin Laden's vision has finally taken concrete shape, how should we deal with it? ("We" in this case is practically every regime in the Arab world, most of the other Muslim countries, and all of the NATO countries, with Russia and China in supporting roles). ISIS's behaviour is abominable, but is there any better option than simply bombing it from a great height?

Rule one in the old anti-terrorism doctrine was don't overreact, and it still applies. That means as little bombing as possible, and only of strictly military targets. Preferably, it would mean no bombing at all except in specific areas where ISIS troops are on the offensive.

It means not letting yourself be lured into more extreme action by the public beheading of innocent hostages and the other atrocities that ISIS stages to attract a certain kind of recruit. Indeed, it means not launching a major ground offensive against ISIS (for which the troops are not available anyway), and waiting for events to take their course within the "Islamic State."

Regimes as radical and violent as this one rarely survive for long. The revolution will eat its children, as so many have before, and it will happen a lot more quickly if they don't have a huge foreign military threat to hold them together.