The age of the multipass?

Even as the resort gears up for the summer season, ski resorts in B.C. and across North America are launching aggressive marketing campaigns to sell season's passes for next winter. Whistler Blackcomb has already announced a price freeze on passes.
May 6, 2015 6:00 PM By: Clare Ogilvie 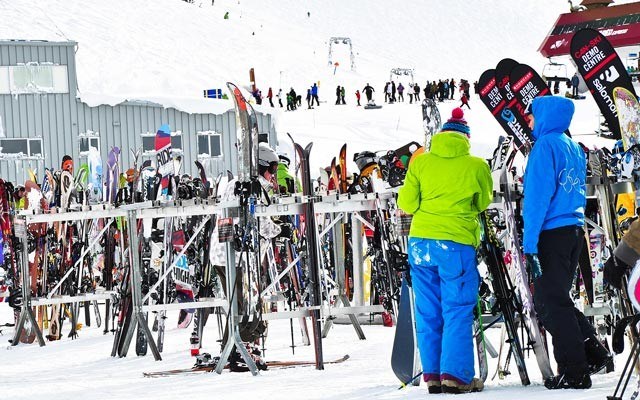 Even as the resort gears up for the summer season, ski resorts in B.C. and across North America are launching aggressive marketing campaigns to sell season's passes for next winter.

Whistler Blackcomb has already announced a price freeze on passes.

This at a time when skier/boarder numbers are down significantly — due in great part to the low-snow year at most resorts — but also due to a stagnant number of people enjoying the activity. The Canada West Ski Areas Association reported from its conference in Whistler last week that skier visits are down to five million from 6.5 million in 2012/13.

There is no escaping that skiing and boarding are also expensive sports. Most snow-sport enthusiasts have to travel to get to a resort, have to invest in pricey equipment and the lift-ticket prices are significant as well.

Then there is the weather, rarely a reliable partner these days it seems.

All of this is old news, of course.

But it may go some way to explaining the continuing trend of ski operations opting into multi-ski-resort pass deals — deals that can be great news for consumers.

It started in the `90s with Resorts of the Canadian Rockies getting the ball rolling. The group owns Kicking Horse, Fernie, Kimberley and Nakiska, and it bundled skiing and boarding into the Rockies Season Pass. It has expanded since then.

Whistler Blackcomb got on board with the Mountain Collective in 2013 (adults $379) partnering with the Aspen Skiing Company to create a multi-resort pass. It offers two days each at nine top resorts, with no blackout dates. Holders also get a 50-per-cent discount on additional days and up to 25 per cent off lodgings at the Collective resorts. You would break even by skiing two days at any two resorts.

New this year is the fact that Australia's Thredbo resort has joined — no doubt the hope being that snow-sport enthusiasts from that continent will consider travelling to Whistler Blackcomb to holiday given that some of their ski days are free and accommodation can be had at a discount.

Perhaps partnerships like these will keep the 900,000 Australians who enjoy snow sports looking to Whistler Blackcomb, and North America in general, instead of booking vacations to Japan, which continues to grow in popularity as a destination for snow sports.

The Thredbo news came just after we learned in March that Vail had added Australia's biggest ski resort, Perisher, to its $749 Epic Pass scheme, after purchasing Perisher for $177 million. The Epic pass offers almost unlimited skiing at 11 U.S. resorts — with a cap of 10 days (combined) at Vail and Beaver Creek.

Another new offering, the M.A.X (Multi Alpine Experience) pass ($699), unifies 22 — yes, that's twenty-two — resorts under the flagship operations of Intrawest, Boyne Resorts and Powdr. Cypress Mountain in Vancouver is part of this offering.

This pits M.A.X. against the Epic Pass.

It's a dizzying array of multi passes, which will no doubt continue to expand their offerings as the competition for market share remains fierce.

Other Canadian ski locations are part of multi-passes as well, including Sun Peaks and Big White.

What is notable in all of this is the value of these passes in comparison to the season's pass at Whistler Blackcomb, which comes in at $1,399 — that's $480 dollars more than the Epic Pass (based on today's exchange). Remember the Mountain Collective pass is an add-on.

Also notable is the fact that we are not seeing a pass that links B.C. offerings. While the economic reasons for this may be obvious on the surface it might be worth considering the bigger picture here.

Surely, it is more important to keep people skiing, and introducing their friends and family to snow sports, than worrying if sharing a customer with Sun Peaks or Revelstoke will ruin the bottom line.

There are alliances, of course — where holders of a pass at one resort get discounts at another in B.C. But that's not a multi-pass.

While on the face of it, it seems crazy to offer these types of multi-destination discounted passes when a day ticket can be around $100, it does make economic sense. By getting people to commit early to passes, resorts have some guaranteed income no matter what the fickle-weather gods bring.

And let's not forget that a great deal of income at Whistler Blackcomb comes from ski school operations, food and beverage services, rentals and sales of equipment — WB is not just about skiing, it is about operating the core businesses that support the activity.

The resort of Whistler, in turn, partners with the corporation to drive a successful economy for all.

In the long run that has to mean keeping snow sports vibrant and enticing to both young and old, and if partnering with the "competition" helps that goal going forward then the multi-pass needs to be embraced.

SCIENCE MATTERS: Reflections from an elder in isolation
Jul 4, 2020 8:00 AM
Comments
We welcome your feedback and encourage you to share your thoughts. We ask that you be respectful of others and their points of view, refrain from personal attacks and stay on topic. To learn about our commenting policies and how we moderate, please read our Community Guidelines.