The ecology of snow

By the time you read this, the freezing-level roller coaster may have hastened Whistler's erstwhile Winter Wonderland to deliquesce down the nearest storm sewer.
Jan 26, 2020 12:00 AM By: Leslie Anthony 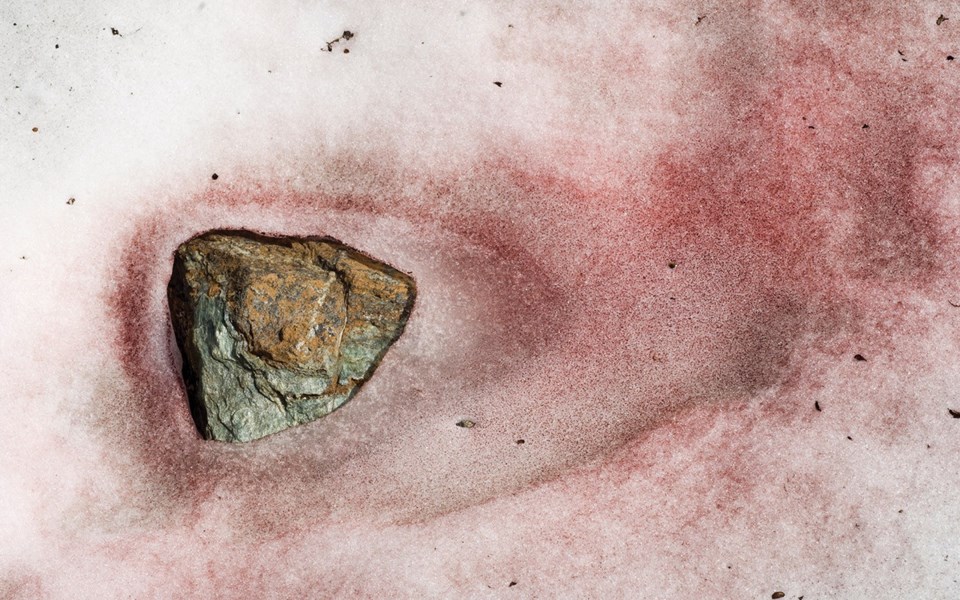 By the time you read this, the freezing-level roller coaster may have hastened Whistler's erstwhile Winter Wonderland to deliquesce down the nearest storm sewer. But seeing the valley transformed by endless curtains of snow and massive can't-see-around-them snowbanks brings more to mind than awesome skiing. There's also the ecology of the white stuff to consider—especially in these days of dueling biodiversity and climate crises.

Changes in snow-cover regimes and snowpack structure have widespread impact as an ecological factor, as well as on human well-being and economic issues like water availability, agriculture, transportation, and winter recreation (e.g., skiing).

As snow lovers, we should understand the massive influence snow exerts on Earth's climate through its properties of high albedo (reflectivity), insulation, atmospheric cooling, and water-storage—of outsized importance to the planet's biological, hydrological and nutrient-cycling systems. Back in 2007, when the United Nations Environment Programme (UNEP), released a Global Outlook for Ice and Snow, the extent of Northern Hemisphere snow cover had already decreased 1.3 per cent per decade over 40 years. At the time, climate models projected significant further decreases in snow cover by century's end, with reductions of 60 to 80 per cent water equivalents in most mid-latitude regions, reduced ice (but increased precipitation) in the Arctic, and rising snowline for many mountain regions. All of this is not only now well underway, but accelerating.

Although the importance of snow as an ecological factor was recognized by science early in the 20th century, it wasn't until the 1950s that the way snow shaped alpine plant communities was analyzed. In the new millennium, experiments explored effects of snow depth and snow-cover duration on plant communities and ecosystem processes. More recently, snow-cover models were applied to ecological issues like near-ground temperature regulation.

Snow can support small animals like birds and small mammals with little trouble, but larger mammals like deer and moose experience critical snow depths above which they can't move. Thus, snow can both enhance landscape access for certain animals, and inhibit access for others by being too deep or too soft.

Snow itself is also a habitat for other lifeforms. The array of organisms found on both seasonal snow cover and in glaciers include ice worms, bacteria, viruses, fungi, diatoms, rotifers, tardigrades, and algae that, with up to 5,000 cells per cubic millimetre, can colour snow red, blue, or green (as you've likely seen). Such abundant organic matter in snow reduces its albedo and results in accelerated local melt and nutrient accumulation.

On tundra, patchy spring snow cover affects both the breeding of ground-nesting migratory birds and the distribution of plant communities. Plant associations characteristic of hollows where snow accumulates have short growing seasons and are waterlogged after thaw, whereas those on wind-exposed ridges are more drought tolerant. Traditional knowledge of the Eurasian subarctic Saami people describes the influence of snow on vertical distributions of lichen species on mountain birch stems, where one grows exclusively above the winter snow line, another below it.

Snow accumulates debris (e.g., seeds), plant nutrients (e.g., nitrogen), and atmospheric pollutants during the winter to be released or redistributed by spring melt; nitrogen release, for instance, results in a flush of moss growth, but in higher concentrations can also have negative effects.

Mountain snow cover is a critical source of freshwater, changes to which can have indirect effects such as increased intensity and size of wildfires because of moisture stress on mountain forests, or impacts on anadromous fish like salmon that require high freshwater stream flow for migration to the ocean after hatching. More frequent winter thaws can also affect ecosystems, reducing snow insulation and increasing potential for frost to penetrate into the soil and damage plant roots, or by sparking microbial activity that releases greenhouse gasses at a time when plant uptake of carbon to offset this process cannot happen, leading to increased atmospheric carbon.

Impacts to snow cover also apply to agricultural crops. Gradual changes, as well as extreme snow events, can have a strong impact at the start or end of the growing season and change the economic cost-benefit of raising certain crops.

So, the next time you're enjoying a big snowfall in the Whistler valley, spare a thought for how important this phenomenon is to everything it touches.