The good, the bad and the ugly of waterproofing phones

So the new Samsung Galaxy S5 is waterproof. It's pretty spectacular. You can watch YouTube in the bath, take a selfie in the shower or text your friends while in the pool. This is truly one of the last great hurdles of technology has conquered.
Apr 30, 2014 10:00 PM By: Christopher Poon 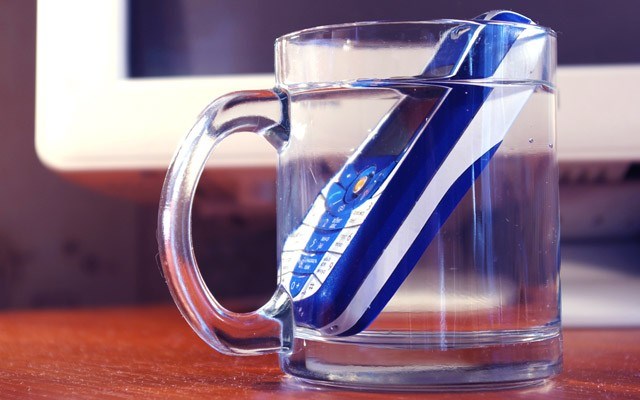 So the new Samsung Galaxy S5 is waterproof. It's pretty spectacular. You can watch YouTube in the bath, take a selfie in the shower or text your friends while in the pool.

This is truly one of the last great hurdles of technology has conquered.

For the longest time, water has been the bane of all things electronic. Growing up, if there was ever a sure way to kill something electronic, a quick douse of water would have certainly done the job.

Who hasn't heard about or known someone who dropped their phone in a puddle, spilled something on it and has had to do all they can in attempts to dry it out. That whole thing about putting a damp phone into a bowl of uncooked rice? It kind of worked.

Now, smartphone users can afford to be even more reckless with their gadgets, as the mortal fear of moisture is no longer a consideration. Left your phone outside while it rained? No problem. Dropped your phone in the lake while trying to do a duck face next to some actual ducks? No biggie. Phone fell out of your pocket into the toilet? Gross, but salvageable.

The real question now is whether or not this further idiot-proofing of our most valuable devices doesn't also have a negative consequence.

Pretty much since smartphones were a thing, people have had to learn to respect their expensive valuables for what they are. If you spent $500 on a phone you probably wouldn't want to be leaving it on the edge of the pool, and those that did soon learned an expensive lesson. Most could not afford to be so careless and would at least be conscious about protecting their purchases. In the bigger picture, the frailty of our devices taught many a folk a few life lessons about the value of our money and consequences of our actions.

While the waterproofing of such devices is great in that it further protects our money spent, you have to wonder what kind of expectation it might create in future users. Children growing up today may scoff at anything that isn't waterproof, bulletproof, bombproof as they grow up, and thus lose all respect for the value of things or how their actions might lead to undesired consequences. I can only wonder if it might create a sense of entitlement amongst future generations if computers, smartphones and even cars for that matter are no longer prone to damage as a result of our actions.

But maybe things won't ever get that bad and I'm just sounding like a grumpy old man at the ripe age of 26. Taking photos underwater is, admittedly, pretty cool, and while I've never damaged a phone with water, it would be nice to worry about one less hazard.

I guess I just have it in the back of my mind that if our devices ever develop self-awareness we'd be unable to put an end to the robot uprising using some good old-fashioned aqua.

At least for now, the traditional method of smashing stuff with a rock until it no longer works is still an option.