The Other Cuban Missile Crisis 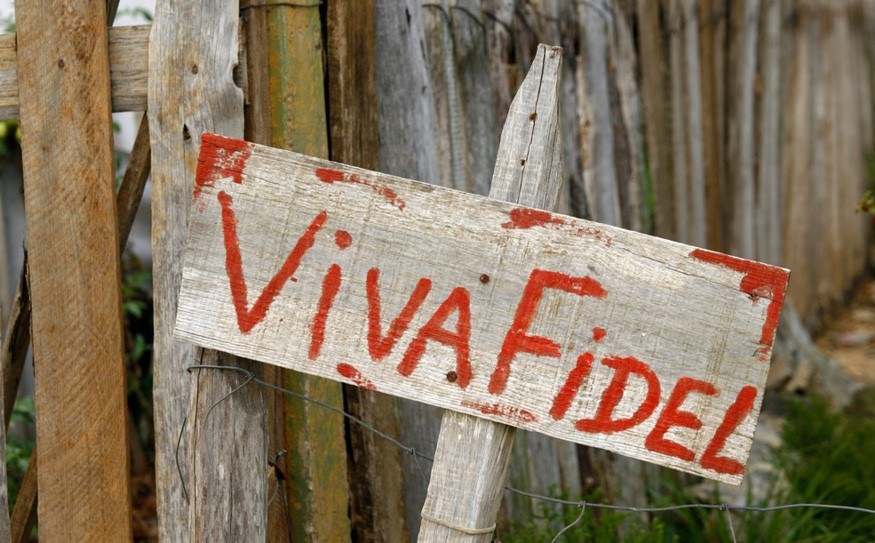 This month is the 50th anniversary of the Cuban Missile Crisis (16-28 October, 1962), so we're going to hear a great deal about the weeks when the world almost died. But the past is a foreign country, a place where everything was in black-and-white and men still wore hats, so it's just scary stories about a long-gone time. Or so it seems.

The outlines of the tale are well known. It was 17 years since the United States had used nuclear weapons on Japan, and the Soviet Union now had them, too. Lots of them: the American and Soviet arsenals included some 30,000 nuclear weapons, and not all of them were carried by bombers any more. Some were mounted on rockets that could reach their targets in the other country in half an hour.

Both Washington and Moscow therefore had some version of a "launch on warning" policy: if you think the other side's missiles are inbound, launch your own missiles before you lose them. There couldn't be a more hair-trigger situation than that, you might think — but then things got a lot worse.

At the start of the 1960s Moscow had gained a new Communist ally in Fidel Castro, but the United States kept talking about invading Cuba. So Soviet Premier Nikita Khrushchev moved some nuclear-tipped missiles to Cuba to deter the United States from attacking the island. However, from Cuba the Soviet missiles would be only five minutes away from their American targets. That caused panic in Washington.

Early in October, 1962 the first Soviet SS-4 missiles arrived in Cuba, and American U-2 spy planes discovered them almost at once. President John F. Kennedy knew about them by 16 October, but he did not go on television and warn the American public of the risk of nuclear war until the 22nd.

He then declared a naval blockade of Cuba, saying that he would stop Soviet ships carrying further missiles from reaching Cuba by force if necessary. That would mean war, and probably nuclear war, but at least the blockade gave the Russians some time to think before the shooting started.

The Soviet leaders were now desperately looking for a way out of the crisis they had created. After a few harrowing days a deal was done: the Soviet SS-4 missiles would be withdrawn from Cuba in return for a public promise by the United States not to invade Cuba. The crisis was officially over by 28 October, and everybody breathed a sigh of relief. It was closest the world ever came to an all-out nuclear war.

Even so, they weren't really scared enough. They thought that a couple of hundred million people would die in a "nuclear exchange". At that time, nobody yet knew that detonating so many nuclear warheads would cause a "nuclear winter": the dust and smoke put into the stratosphere by firestorms in a thousand stricken cities would have blocked out the sunlight for a year or more and resulted in a worldwide famine.

What almost nobody knew until very recently is that the crisis did not really end on 28 October. A new book by Sergo Mikoyan, "The Soviet Cuban Missile Crisis: Castro, Mikoyan, Kennedy, Khrushchev, and the Missiles of November", reveals that it continued all the way through November.

U.S. intelligence was unaware that along with the SS-4s, the Soviet Union had also sent more than a hundred shorter-range "tactical" nuclear missiles to Cuba. They weren't mentioned in the Soviet-U.S. agreement on withdrawing the SS-4s from Cuba, so technically Khrushchev had not promised to remove them.

Fidel Castro was in a rage about having been abandoned by his Soviet allies, so to mollify him, Khrushchev decided to let him keep the tactical missiles. It was crazy: giving Fidel Castro a hundred nuclear weapons was a recipe for a new and even bigger crisis in a year or two. Khrushchev's deputy, Anastas Mikoyan, who was sent to Cuba to tell Castro the happy news, quickly realized that he must not have them.

The second half of the crisis, invisible to Americans, was Mikoyan's month-long struggle to pry Castro's fingers off the hundred tactical nuclear missiles. In the end, he only succeeded by telling Castro that an unpublished (and in fact non-existent) law forbade the transfer of Soviet nuclear weapons to a foreign country. In December, they were finally crated up and sent home.

So it all ended happily, in one sense — but the whole world could have ended instead. As Robert McNamara, Kennedy's defence secretary in 1962, said forty years later, "we were just plain lucky in October 1962 — and without that luck most of you would never have been born because the world would have been destroyed instantly or made unlivable in October 1962."

Then he said the bit that applies to us. "Something like that could happen today, tomorrow, next year. It WILL happen at some point. That is why we must abolish nuclear weapons as soon as possible." They are still there, you know, and human beings still make mistakes.

Gwynne Dyer is a London-based independent journalist whose articles are published in 45 countries.