THE OUTSIDER: Dog days for Doglotion.com

Bidding farewell to one of Whistler’s online freeski institutions
Jun 28, 2020 8:45 AM By: Vince Shuley 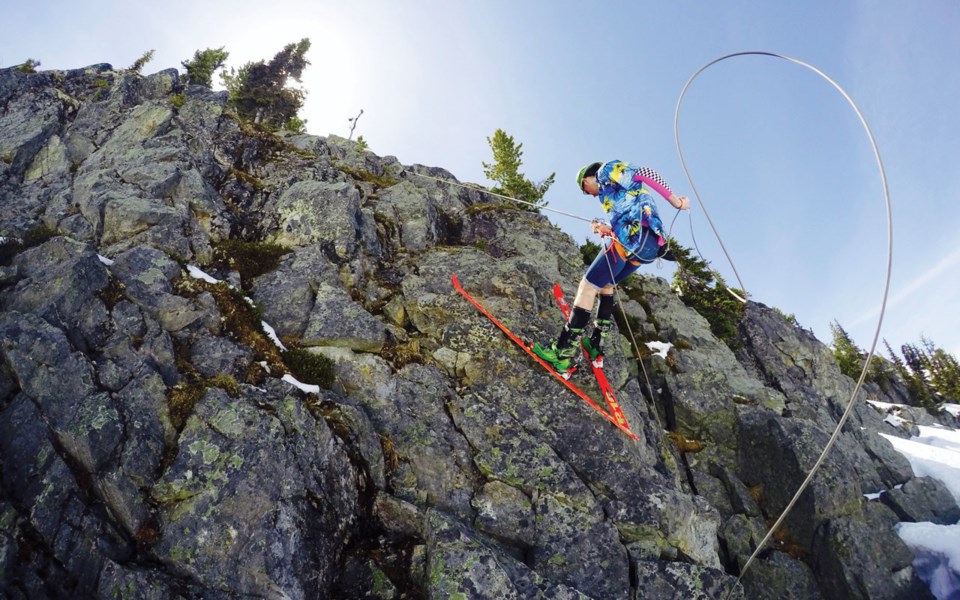 Doglotion.com calls it a day after 18 years of good times and Gaper Day shenanigans. Photos by Jamie Bond

After 18 years, one of Whistler’s most edgy, humourous and piss-taking online ski publications, Doglotion.com, has called it quits. The orchestrators of the now-infamous Gaper Day are moving on with their lives, but not without a proper tribute in Pique. I caught up with Doglotion’s mastermind Jamie Bond to talk about the lasting legacy his website hopes to leave upon Whistler and the world of freeskiing.

PIQUE: You titled your final website splash page “Game Over. Thanks for playing.” Why not slide another couple of coins into the Doglotion arcade cabinet?

Jamie Bond: It almost did say “Insert coins to continue” or something, but that might have been a bit deceiving. The farewell post wasn’t meant to be a callout for emergency sponsorship. I didn’t receive any calls from sponsors saying, “Hey, we can’t afford you.” It was more of an imminent realization that people and companies are going to need to be pretty creative with their dollars this year and Doglotion didn’t need more of them. Rather than drawing it out by asking people to insert more coins, I added some flavour and drama to it and just ended it, hard stop.

PIQUE: Doglotion has given a lot to the freeski community, in Whistler and beyond. Has it also given back to you and the contributors?

JB: The whole point of Doglotion was spreading the stoke, keeping it real and making sure everyone is having a blast. But it was never really configured to be much of a business. It just kind of grew into a monster. That was awesome because it expanded its reach into the freeskiing world. But it was never meant to be a “real job” nor did it pay like a real job. So eventually we thought that we’d had a good run and we can move on to some new adventures ourselves.

JB: Gaper Day and Doglotion had the same mission: Get stoked and don’t take skiing too seriously. Dedicating a new web community to the culture of Gaper Day made sense. We didn’t do it because we wanted to write about things necessarily, we just saw it as a fun way to augment the stoke. Our co-founder Andre (Charland) was in web software at the time and said he had a platform that would work like a magazine and web community. This was all before Facebook and YouTube and about the same time that snowboarding.com was brewing. We got really fired up and excited and made sure to give it a really silly name in order to stick to our ethos.

PIQUE: The Whistler freeski athletes seemed to embrace the movement when the Doglotion momentum picked up. How did that evolve over the years?

JB: Being based in Whistler, it was already a huge hub for the freeski community. The athletes were the ones doing all the amazing things so we were sharing what they were doing as much as we could. Back then, there was less going on across the Internet and sharing content wasn’t nearly as easy as it is now. So these cool videos and stories needed a little nudge. Trip reports were actually an exciting thing for the audience, rather than a forum to smack talk about blowing up the spot. It didn’t matter about showing new places, there wasn’t the volume of people to have any tangible effect on the experience. Even the Duffey Lake Road kind of had a secret vibe to it back then.

PIQUE: You had some notable talent come through the ranks of Doglotion. How did the contributors help shape the website’s culture?

JB: When we wrote the farewell thank-yous for our final post, it was awesome to hear back from a bunch of the writers and photographers who referenced Doglotion as a stepping stone for their careers. Jordan Manley was a kid photographer when we started stealing all his photos for the site, but he was cool with it because he was a buddy of ours.

We had a policy of anything goes, so a lot of writers used that liberty to develop their own style because there weren’t any editors to say what you can and can’t say. It was also a forum for “orphan” content, such as gear reviews, that didn’t belong on other websites and magazines because of some political brand bias.

PIQUE: Were there any pieces of controversial content that got you in trouble over the years?

JB: I regularly get emails or phone calls from ex-pro skiers that I haven’t heard from in about five years or so. After a few minutes of beating around the bush they’ll say something like:

“Jamie, do you mind removing my interview from the Internet? It’s the first thing that comes up when you Google my name, and damn, does it ever make me look like an unemployable loose cannon.” It may have just been the style we went after 15 years ago, but some of that content and opinion probably isn’t as acceptable now.

After a few years, we did become the unofficial ringleaders of Gaper Day. When it grew really big, I would start to get calls from Whistler Blackcomb Operations making requests as to how Gapers should behave. It was a bit of a lost cause because there’s no way that one person with a megaphone has any sway over thousands of partying skiers, but it was a nice pat on the back to think we were the best chance of arresting control.

PIQUE: It must have been a blow to not give 2020 the Gaper Day sendoff that it deserved…

JB: I thought Gaper Day was invincible, but I guess COVID-19 proved that there are a lot of things in this world that are not invincible. I didn’t want Doglotion to live in mediocrity. It’s been an encyclopedia for freeskiing for almost 20 years so I won’t be taking it offline—I’ll continue to fund the web hosting so people can look back for a laugh. But what I do know is that Gaper Day won’t die, even if Doglotion is chilling behind a “game over” sign.

Jamie Bond wanted to extend a massive thank-you to everyone who made Doglotion.com happen for the last 18 years. For questions, comments or suggestions for The Outsider, email vince@vinceshuley.com or Instagram @whis_vince.