"Even though people are capable of making decisions in a thorough and methodical way, it appears that most of the time they don't." So begins the abstract of a landmark 2002 paper by avalanche educator Ian McCammon.
Feb 17, 2019 1:00 AM By: Leslie Anthony 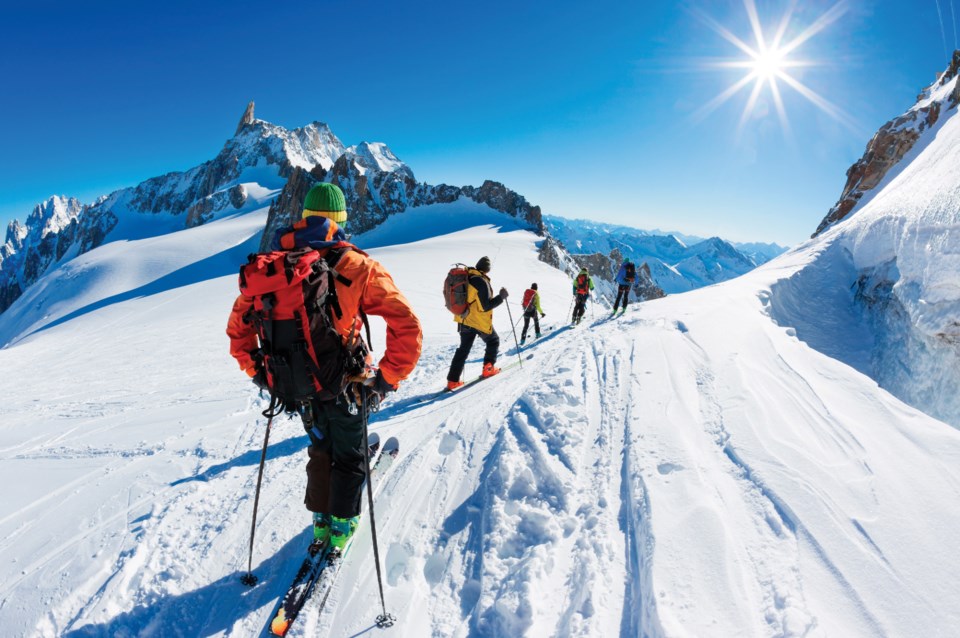 "Even though people are capable of making decisions in a thorough and methodical way, it appears that most of the time they don't."

So begins the abstract of a landmark 2002 paper by avalanche educator Ian McCammon. The paper, summarizing his presentation at an International Snow Science Workshop held in Penticton, British Columbia, explores the psychological milieu of a notion long implicated in avalanche accidents but generally relegated to afterthought: the heuristic trap.

Heuristics are simple rules of thumb we humans employ to balance our constant need to make good decisions with our need to make them quickly. The "trap" happens when, due to time constraints, commitment, desire, past experiences or social conditioning, we make decisions in high-risk situations out of unconscious habit, based on familiar but inappropriate cues that often yield catastrophic results.

Appearing at a time when several significant backcountry accidents occurred in North America, McCammon's paper comprised a cri du coeur to elevate the human dimension in avalanche study and education to the same levels held by more traditional empirical data.

Over the intervening years, there has been much discussion and progress in this direction, with educators looking more closely at how decision-making behaviour can raise risks, and offering more courses and aids to facilitate proper decision-making. This represents a shift from when safety focused mostly on terrain, weather and snowpack, but the conversation continues, and with that in mind, during the Fifth Annual Winterstoke Backcountry Festival in Whistler this January, Arc'teryx convened a panel of experts for a public forum on understanding how human behaviour and group dynamics contribute to decision-making in avalanche terrain.

Clearly, we know much about how weather patterns, temperature, wind, precipitation, snowpack, slope angle, aspect and terrain contribute to the likelihood of avalanches—the kind of data comprehensively studied, filtered, organized and profiled by Avalanche Canada in bulletins and apps. Yet despite such excellent resources using science and data-gathering to profile and support our understanding of the predictability of avalanches, incidents and sometimes fatalities still occur—often to experienced people. With backcountry travel on the increase, the more we can know about why, the better for all.

The four-person panel offered a great cross-section of experience and expertise: Brett Trainer has a background in non-profit fund development and currently sits on the board of Mountain Mentors as co-founder and director of community and partnerships; Dr. Pascal Haegeli, a renowned Swiss avalanche safety expert from Simon Fraser University works around the globe and across all disciplines; Colin Zacharias has almost 40 years in avalanche risk assessment and consulting, mountain guiding, mountain safety, and instruction; Ken Wylie has 30 years of professional guiding and delivering high-level education, and authored the compelling 2014 memoir, Buried.

The first question discussed was whether a new focus on the "human factor" in risk evaluation means we've reached peak science in our understanding of avalanche predictability. The answer, of course, was no: there's always more to learn even in areas that are well understood—the incrementalism of science is as important as ever. Dr. Haegeli and his team, for instance, employ approaches and methods from atmospheric science, snow science, geography, GIS, risk analysis, decision-making science, communication, psychology, sociology, accident analysis, public health and medicine. Some of his activities include: development of the Avaluator—a decision aid for amateurs in avalanche terrain; examination of the effectiveness of avalanche airbags; and redesign of InfoEx, the daily subscriber exchange of technical snow, weather, avalanche and terrain info that remains a key source of data for Avalanche Canada's public avalanche bulletins.

In discussing how human behaviour contributes to incidents, the focus was on group behaviour. As Zacharias noted, "Pros try not to cross lines of safety, while (recreationists) don't have the day-in-day-out experience with snowpack information." Bridging that gap requires not only paying attention to avalanche advisories, but incorporating key components of the pro mindset that the rest of us should understand: teamwork in decision making, overcoming bias and allowing any one person to have a veto that all will respect; a pre-trip plan that reviews terrain choices and possible hazards beforehand; monitoring and reviewing group progress and expectation en route; and debriefing afterward on successes and challenges.

Research is also showing that we can use what we know of human behaviour in a positive way to have the same group dynamics that lead to problems contribute to safe decision-making. This growing merger of natural and social sciences strongly supports the idea that tools for managing heuristic traps are essential for effective avalanche education. Key findings of McCammon's original study that have since been borne out include: evidence that group dynamics, commitment to a goal, and desire for powder presented significant heuristic traps in many accidents; evidence that group size influenced susceptibility to certain heuristic traps (worth digging into); and evidence that the level of avalanche training in victims influenced their susceptibility to heuristic traps.

Those who attended learned how the people problem around decision-making in avalanche terrain remains all too real, but, perhaps more importantly, also came away with a desire to know more about it.