With this New Year's simultaneous shift to a new decade, I was reminded of a similar rollover some years ago.
Jan 11, 2020 12:00 AM By: Leslie Anthony 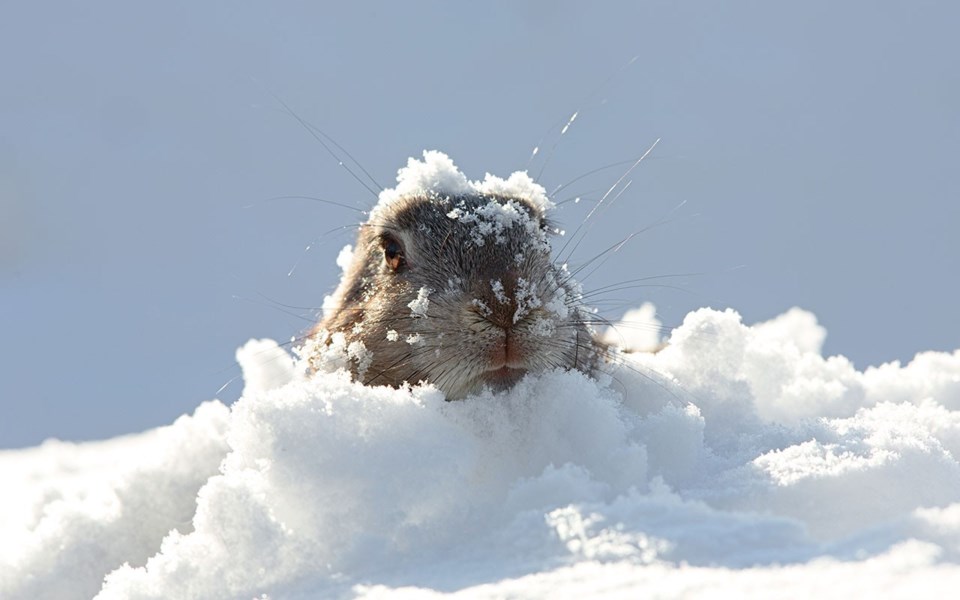 With this New Year's simultaneous shift to a new decade, I was reminded of a similar rollover some years ago. While most people I knew headed to a sun destination, a crew of my post-hippie university friends and I rang in 1980 at my family cottage in central Ontario. It being the end of the 1970s, there were mind-altering substances, laughter, music, food, and obsession with playing a form of ringette on the frozen lake using the only thing we could find to pass around with a stick—a plastic dog dish. Other outdoor activities included snowshoeing and cross-country skiing to a nearby beaver pond, recollections of whose summertime industry—bugs, fish, frogs, turtles, snakes, birds, beavers, bears and other mammals—got me thinking: with the landscape frozen in silent stillness, what were all those creatures doing now? Being a biology student at the time, this line of thinking led to an interest in the several states of animal dormancy that are often confused and conflated: hibernation, torpor, brumation, and aestivation. Moving around Whistler's winter backcountry today I still entertain these thoughts, and since others might do so as well, here's a primer.

The first term—hibernation—is a catch-all that we humans employ to describe any winter state of dormancy. We even wield it as a euphemistic colloquialism for our own low-energy periods: Where have you been?... Oh, you know—hibernating. But the biological definition of hibernation is more specific. It describes a physiological process achieved only by endotherms (warm-blooded animals) that involves low body temperature, low heartrate, and a low-metabolism "sleep" from which individuals cannot be awoken—whether by noise, movement or touch. Animals that hibernate can do so for several days, weeks or months, depending on the outside temperatures and an individual's condition.

In Whistler, for example, true hibernation is exhibited by marmots, squirrels and chipmunks; though metabolic swings can and do occur to keep the animals' systems primed, they are not roused from their sleeping state. Bears, however, often fingered as model hibernators, don't, in fact, hibernate. Rather, both black and grizzly bears enter a state known as torpor—a deep sleep from which the animal can wake quickly and easily. During torpor, heart rate is extremely low as in hibernation, but body temperature remains relatively high. Nevertheless, both hibernation and torpor are adaptations to escape the energetic costs of cold and low food availability (in contrast to polar bears, for whom food is most plentiful in winter). Whether readying themselves for hibernation or torpor, mammals work hard to store up the extra body fat required to live off while not losing any muscle.

Although brumation is similar in that animals becomes less active and their metabolic processes slow, it applies only to "cold-blooded" ectotherms like reptiles and amphibians that rely on the environment to dictate body temperature—a whole new physiological ball game. Both mammals and reptiles build up pre-winter fat reserves, but while mammals rely on these to survive winter, reptiles get by mostly on glycogen—an energy-storage sugar—saving their fat reserves for reproductive functions like egg development and mating.

Another key difference between hibernation and brumation is oxygen demand. While mammals slow their breathing during hibernation, they still require a certain oxygen threshold. The oxygen requirement of reptiles, however, is drastically reduced. (Turtles, for instance, cannot breath air while brumating under an ice-covered lake, and instead use membranes in their cloaca—basically their butthole—as a gas-exchange surface for oxygen and carbon-dioxide.) Perhaps the biggest difference between the two states is that hibernation involves sleep for its entire duration while brumation features periods of activity. During mild winter weather, for instance, reptiles will use the opportunity to out and bask, or to drink water—though they won't venture far from their den or hiding spot. In far-northern climates, certain reptile and amphibian species have actually evolved a cryoprotectant molecular ability to freeze solid for various periods. Freeze-resistant gartersnakes, for instance, can survive several days of sub-zero temperatures, while wood frogs are actually freeze-tolerant, freezing solid on the forest floor as a means of surviving the winter, only to thaw in spring and happily hop away.

Finally, there's aestivation, a state of dormancy to avoid hot and dry weather. In harsh heat conditions, animals seek cool shelter, often underground, and their breathing, heart and metabolic rate all decrease to conserve energy. Many reptiles and amphibians aestivate (e.g., in Pemberton during the height of summer), as do some mollusks, insects, fish and even mammals.

Birds, of course, don't do any of this. They either adapt to winter or fly away to a sun destination—much like humans.