After two months of ski-bumming in Banff with friends Merl and Lee, only the cold was wearing us down. Though it was only 1978, we are sure we invented switch skiing.
Jan 25, 2017 5:00 PM By: Leslie Anthony 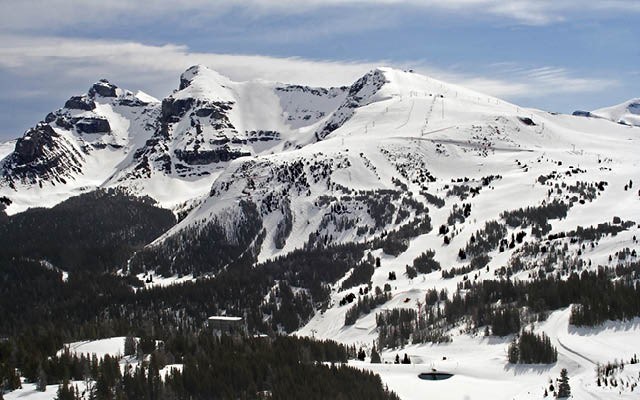 After two months of ski-bumming in Banff with friends Merl and Lee, only the cold was wearing us down.

Though it was only 1978, we are sure we invented switch skiing. On the coldest days we would sometimes ski backwards down Sunshine's wind-ravaged Great Divide, not with the style and purpose of today's freestylers, but to give our ragged, frostbitten faces even a few seconds respite. On less frosty occasions we bashed bumps off Standish Chair and built kickers with a view to Mt. Assiniboine near Wawa T-bar, amazed that the flips we performed didn't get us kicked off the hill like at home.

At the end of the day we hung out in the lodge bar until it closed, listening to bad acoustic rock, draining leftover pitchers scrounged from surrounding tables, then hitting the heinous five-kilometre ski-out in twilight, caroming down a tight canyon filled with adamantine whoop-de-dos, corrugated compressions and rocks uncovered naturally or rained from the iced-over gravel road above, where Brewster's school buses transported skiers up a series of hairpin turns from the parking lot each morning, not uncommonly becoming stuck on errant turns made by hungover drivers the same age as us, who then had to execute three-point extractions without going over the edge.

Our passes weren't good on weekends, so we stayed in town to hang with friends, do laundry, or snowshoe to the summit of Sulfur Mountain up the radio-tower road on its backside, yielding a minor sense of mountaineering accomplishment. Early on, I diligently waded through a correspondence course on ecology, listening to the cassettes in the library until I realized I'd never get through an exam filled with Lotke-Voltare equations and quit. There were also, of course, shenanigans aplenty. One time, to prove we'd truly embraced the cold, we set lawn chairs in front of our house on a bluebird -38C day and, wearing nothing but cut-off denims, T-shirts, and sneakers (no hats allowed), competed to see who could sit the longest, beer in hand, like it was perfectly normal. Passersby — in vehicles and on foot — were rightfully appalled: Lee lost feeling in his right pinky for weeks. Still, though there was much to recommend this life of fun and games and little to deter our enthusiasm, in hindsight the lawn-chair stunt was a semaphore for the restiveness we were all feeling.

That disquiet reached its nadir when, one night while Merl was at work, Lee and I caught a television report of a storm dropping 100 cm of snow around Kitchener, Ont., the area we went to university and had ostensibly left behind for this promised land. In what remains my most foolish moment with alcohol, he and I committed to draining a 26-ouncer of tequila by doing a shot a minute each. In 13 minutes the bottle was done and we high-fived both our bravado and the figurative finger given to the Ontario storm. It was the last thing either of us would remember for 24 hours.

What Merl came home to that night requires no description, but the writing, looming on the wall for weeks, now also graced the carpet. Within days we had all quit, disconnected, and relinquished all ties to the town, including me saying goodbye — again — to Diane. The ensuing road trip would rejuvenate us, making up for the cold and then some, bringing new mountains, legendary runs, big powder, Sierra cement, and a plentitude of the warm and sunny skiing advertised on a legion of U.S. ski posters.

When Lee returned home to a job mid-trip, with him went the group's de facto buffer. Merl and I began to wear on each other. In Park City, he disappeared for days with a flight attendant he met in a lift line (that kind of thing happened back then), leaving no information on where or when to find him, and me fuming. He turned up, of course, but soon after, driving down the main street of some town, one of us took a swing at the other. It was to be expected of teens who'd been together that long.

We ran out of money in Aspen and pointed the compass east. A fan-belt blew in Nebraska, requiring a several-hour stopover to pump gas and earn the few dollars for a new one. We crossed the border at Windsor with only enough between us for a final $6 fillup and a 2-4 of Molson Stock Ale to drink on the way to Toronto. En route, as if on cue, the van truly began to disintegrate: a headlight went; the roof-box shuddered; a muffler dropped; and the driver-side mirror, whose mounts had long-threatened to succumb to rust, peeled off in the vortex of a passing semi, smashing to pieces on the black asphalt behind us.

Our parents and friends were happy to see us, and hear our stories of mountain conquest. The comforts of home were welcome, but we were anything but happy to be there. In the backs of each of our minds were snow-globes of all the places we'd visited, to be shaken daily, until the siren song of the mountains drew us west again.

Go to www.piquenewsmagazine.com for the first two part of this series, Jan.19 and Jan 12.