Things are heating up on the global climate change front. Just last week, for example, a report released by the United Nations Environmental Program (UNEP) warned that we earthlings were dancing dangerously close to the edge.
Nov 2, 2007 8:44 AM By: Michel Beaudry 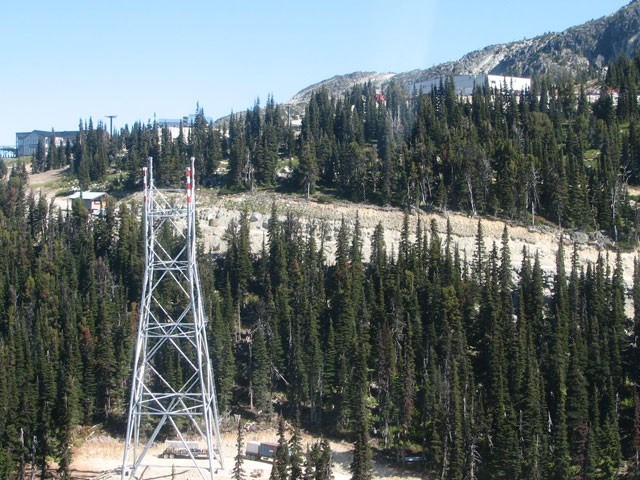 Peak to Peak abnomination or the key to the future?

Things are heating up on the global climate change front. Just last week, for example, a report released by the United Nations Environmental Program (UNEP) warned that we earthlings were dancing dangerously close to the edge. “Biophysical and social systems can reach tipping points,” warned the 540-page report, “beyond which there are abrupt, accelerating, or potentially irreversible changes.”

And those tipping points, advised the international panel of scientists, are disturbingly close. Their conclusion: “These problems will… require a complete re-thinking of notions of progress and well-being.” In other words, unless we’re ready to change our relationship with the planet — on all sorts of fronts — we’re going to tip right over the edge.

Arthur DeJong was in Davos attending a UNEP conference when that report was first unveiled. As an invited speaker, Arthur got VIP access to all the big thinkers — and all the big discussions. He came away from the Swiss gathering with a greater sense of urgency than he’s ever felt. “It’s simple,” he says in that quiet, near-priestly way of his. “If one recognizes climate change as a legitimate global challenge, then every conventional model goes out the window…”

I’m taken aback for a moment. Bold words — particularly bold for a guy in his position. Sure, his title says “W/B Mountain Planning and Environmental Resource Manager.” But how far can he really go to challenge the status quo? How far is he willing to push his employers to venture beyond safe thinking?

As it turns out, pretty far…

“This is an amazing opportunity for us,” he says, with not a hint of irony in his tone. “In fact, how Whistler responds to this whole climate issue could boost us to the next level.” To my questioning glance, he just laughs. “Look, I’m convinced of at least one thing. As the rest of the world gets more polluted and ugly, those places that manage to protect their environmental integrity will prosper.” He pauses for just a beat. “Don’t you see? It’s Whistler’s destiny! It’s obvious that we have to become better stewards of the land. That’s a given. But what if we become a global inspiration by doing so? What if we become a leading example of sustainable tourism for other mountain resorts? And you know — it’s not that big stretch for us.”

He stops talking. His tone becomes more serious. “We are now being recognized globally for our ‘intent’,” he says. “And that’s fine. But it’s not quite good enough. We now have to act on the deliverables — we’ve got to seize the opportunity and walk our talk…”

I’ve decided Arthur’s a little bit like Casper The Friendly Ghost. Remember that good-hearted cartoon character, that helpful white phantom who just wanted to make the world a better place?

A soft-spoken champion of tough causes, Casper would always find a solution to other folks’ problems. Didn’t matter how high the stakes where. Didn’t matter how many obstacles were in his way. Casper was always in there quietly getting the job done.

Like the Friendly Ghost, De Jong has an impossible job. Or at least, it appears impossible. Yet Arthur fulfils his duties with a sense of mission that is as heartfelt as it is understated. “Don’t think it’s easy,” he warns. “Because it’s not. It’s wonderful to have a calling. But it’s complicated…”

Complicated indeed. After all, how do you square helping a corporation raise shareholder value while trying to transform it into a global environmental leader? Arthur, however, doesn’t see it as a contradiction. “The sweet spot in mountain design is where conservation and economics overlap,” he insists. And chuckles only a little self-consciously. “Really — it’s all about celebrating the true value of your surroundings…”

And that means? “What ever we do on the mountain must enhance experiences in nature rather than detract from it,” he says, his voice rising ever so slightly. “Do you understand? Rather than changing the ecosystem, build the experience within it. Celebrate what you have. Not what you can change.”

To bolster his case, he cites a number of on-mountain initiatives in which he’s been directly involved: the Symphony Chair pod where heli-logging was used to glade the sensitive sub-alpine zone; the Zip-Trek course where the developmental footprint was negligible; the Blackcomb hiking trail system that winds its way along the magical line between alpine and timberline with minimal disturbance; even Arthur’s Castle on Blackcomb where kids feel totally at home in the mountain forest.

“Think about it — since 1998, over 50 per cent of W-B’s trail development has been glades. Sure, I’m not always successful in getting what I want. Often you end up taking one step back for every two steps forward. But as long as things are moving forward, I’m happy.”

Which brings us around to one subject Arthur and I have agreed to disagree on: the Peak-to-Peak gondola.

“Fifty million new reasons to design an integrated alpine recreational strategy,” he counters. And then he goes on to explain.

Even after our discussion, I’m not convinced. But I’ll let Arthur present his argument:

“The grandeur of Whistler’s alpine has always played a large role in our global success,” he says. “More than anything, it’s what distinguishes us from most other North American resorts. It’s one of our greatest assets, for sure. And if the global weather forecast recently issued by the UN’s Integrated Panel On Climate Change is anything to go by — they’re predicting a temperature rise of 1.8-4.0 degrees centigrade over the next century — then the alpine will have an even bigger role to play for us in the future…”

He understands my concern about the gondola, he says. And as a stand-alone project it’s tough to justify. “In order to succeed, it needs a ‘destination’,” he says. “And that’s our goal: to make the gondola the gateway to an alpine destination that properly highlights our high-mountain experience,” he explains. Another smile. “And if that happens, then we all win.”

He pauses. Looks to make sure I’m still following. “It’s not just about skiing and wintertime anymore,” he says. “Until recently, we were really underachieving in making Whistler’s alpine a summer destination. But that’s all changed. With the construction of the gondola our team now has a clear mandate to develop an alpine plan for all seasons.”

Imagine, he says, a series of concentric rings extending out from the new gondola towards the mountains. “Nearest to the gondola, the inner rings would feature easily-accessed trails, a people-friendly design style and an education-based interface with the environment,” explains Arthur. “These would be targeted at first-time visitors and the more urban set.” The beginner runs, in other words… OK. I’m with you so far, I tell him.

As the distance increases from the lifts, he explains, the outer rings would require an ever-increasing degree of commitment from the hiker/adventurer. “Think about it this way,” he says. “While the inner ring might feature a 10- or 15-minute walk with lots of benches and interpretive panels, the next ring might offer a one- or two-hour walk with fewer signs of development. And the one beyond that a full day’s hike with even less infrastructure. Ultimately, I would love to see multi-day tours in the far outer rings with a hut-to-hut hiking network from peak-to-peak. I’ve dreamed of that for years…”

He suddenly has my attention. I can see exactly what he’s talking about. And I like it.

“Look,” he says. “My job is to bring the most amount of people into the mountains without destroying the magic that brought them there. It’s easy to limit access. Anybody can shut the door. The bigger challenge is to deliver fulfilling experiences to a wide range of people while still protecting the environment. But that’s what I’m committed to. By creating a system of concentric rings that lead visitors from the safe to the more adventurous — from ‘civilized’ to wild if you will — I believe we can be highly successful in achieving that goal.”

Great vision. But what’s to stop Fortress or Intrawest (or any other future owner) from ignoring it and building an amusement-park complex at the top of the mountain instead?

Nothing, he admits. Except for the fact that he believes the current leadership is also committed to that vision. Besides, he adds, it’s so clearly the right thing to do. “If we can demonstrate to the world that sustainable mountain tourism is possible, we can become the number one resort in the world,” he says. “And I’m totally convinced of that. It won’t be easy. And it might not always appear profitable. But I won’t compromise one iota of my principles on this. We have no choice.”

A long pause. “We can adjust our behaviour and remain relevant,” he finally says. ”Or we can watch our business decline. Maintaining the status quo isn’t an option anymore…”