The year in tech, Pt. III 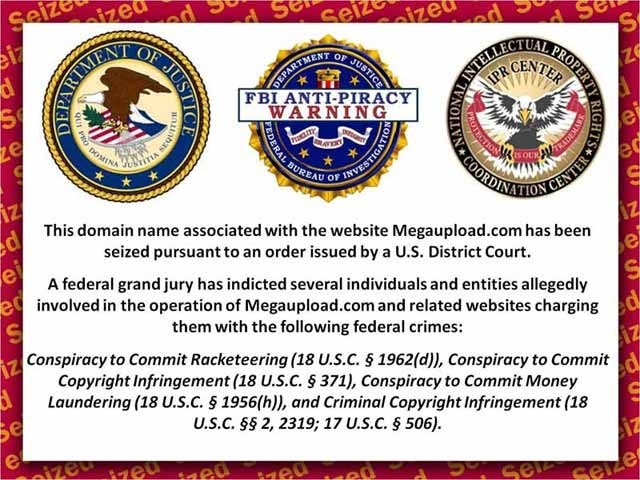 (This is the final column in a three-part series about 2012's biggest technology stories.)

While Megaupload isn't the first torrent site or peer-to-peer network to go dark, the issue of copyright infringement is at last being tackled in a methodical, aggressive way by companies and lawmakers. They are currently rewriting copyright laws to improve the current definition of "fair use" while making it harder to upload or download infringing material. The writing is on the wall in a sense, and it's not crazy to think that in the next few years the only people that will be trafficking in copyrighted materials are a few people using workarounds like Virtual Private Networks to hide their identities, and others in closed networks.

The ongoing litigation between tech companies is at a scale never dreamed of, at last prompting some serious talk about reforming the copyright process to put an end to patent squatting, patent abuse, overly broad patents being applied far too loosely, and patents on obvious, progressive technology (e.g. Company A invents a new kind of touch screen, Company B patents the use of that screen on a watch.) Patents on software are looking pretty weak these days, and hardware patents are starting to go a little more open-source by allowing members of the public to comment on applications and bring up examples of prior art that may render a patent invalid or reduce its scope.

Many of you have probably seen the chart that revealed that as of September 2011, Canada ranked fifth in the 30 nation Organization for Economic Cooperation and Development at 98.1 cents U.S. per megabit per second.

Comparatively, the cost is just 71.49 cents MBIT/s in the U.S. and, at the other end of the spectrum, 1.48 cents per MBIT in South Korea. Open Media (www.openmedia.ca) is fighting a pretty good battle on behalf of consumers with lots of data to show how Canadians are being gouged and otherwise taken advantage of. With all the major telecoms planning to increase rates and/or reduce service (e.g. by cutting bandwith allowances), this is going to be a major story in 2013, especially with a few competitors pushing their way into various markets to break the monopoly held by some of Canada's biggest telecoms. Whistler is actually an interesting story with Telus, Rogers, Shaw, Bell and, soon, Wind. Not many towns our size offer that much choice.

In 2011, Apple had everything: the best tablet, the best phone, the best laptops, the best online and retail stores, the best everything. Recently Reuters did a story on the "Apple Tax" — the added cost of doing everything in Apple's environment vs. using one of the alternatives. They found that the average American household spent about $444 on Apple products in 2012, while some households spent thousands.

Apple's decision to unilaterally create a new charging standard, called Lightning, was widely condemned by accessory makers and pretty much everybody who invested in docking stations for their homes and cars over the last four-and-a-half generations. My own home now has two docks that would be completely useless if they didn't have separate AUX ports.

In tablets, Apple continues to lead but other companies are taking a bite out of sales with laptops that are cheaper and in some ways better than the iPad. In the laptop market they have lots of competition, especially among lower-priced units and "convertible" hybrid systems that can be used as tablets or ultrabooks. Their iPad Mini has been a huge success, no question, but with a seven-inch screen Apple found itself doing something it swore it would never do, and that's follow the lead of other companies.

Apple's operating system has arguably been topped by Windows 8 (at least according to some reviewers), and they haven't been overly competitive in the desktop world, either — even Pixar, the film company that Apple founder Steve Jobs helped to create, uses PCs to do their 3D modeling and heavy rendering. The iTunes Store, while still the leader and gold standard, now has credible competition from Amazon, Android, Microsoft and others.

It will be interesting to see what happens with Apple this year, amid rumoured plans to launch televisions (a crowded market), updates to the Mac Mini, the iPhone 6, etc. It could be the story of 2013.