Think ahead, plan ahead

Stop what you are doing — just stop. Take a deep breath and repeat after me, "I will not go into the backcountry without telling someone where I am going.
Jan 10, 2018 5:00 PM By: Clare Ogilvie 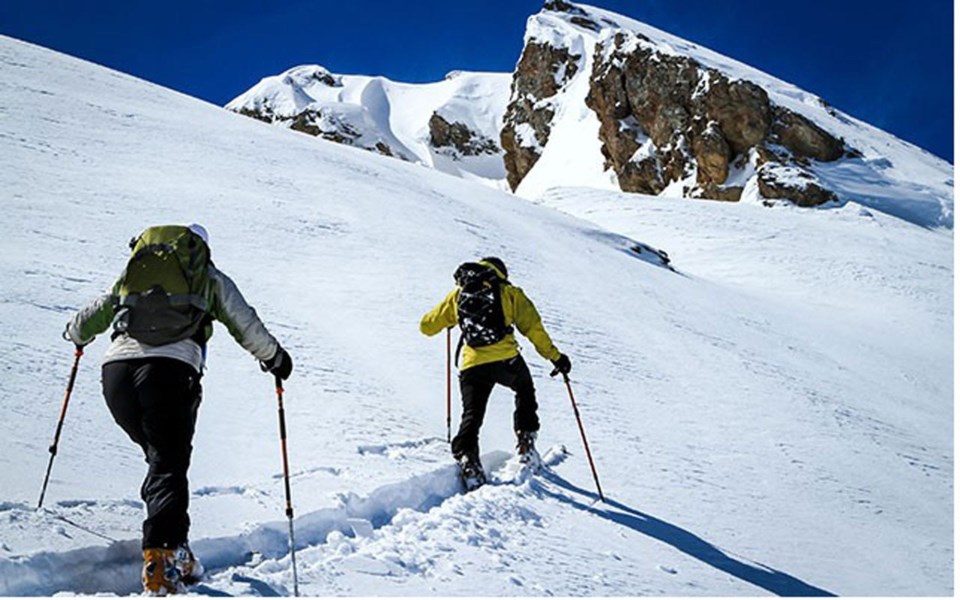 Stop what you are doing — just stop.

Take a deep breath and repeat after me, "I will not go into the backcountry without telling someone where I am going."

Nor should you head out of bounds without food, clothing, self-rescue equipment (cell phone), avalanche safety tools, maps and a good working knowledge of where you are going.

As we head into the weekend, the avalanche risk level is staying at considerable in the alpine thanks to system of rain and snow storms over the last weeks — layering in the snowpack from previous storms is also playing a role. (A skier in Fernie died Monday in a human-triggered avalanche while out with a group.)

But the on-again, off-again nature of Mother Nature this winter has everyone itching to get out into the Duffey to explore, or to head out into the back of Whistler and Blackcomb mountains — and that's great. Having this amazing terrain is why so many of us live here.

But that doesn't mean explorers should be careless or foolhardy.

This week, we saw four people lost in the backcountry of B.C. Two were snowmobilers and two were on skis.

The two skiers were visitors from Spain who headed out near Kicking Horse Mountain Resort but inadvertently ended up out of bounds and were lost for four days. They were not equipped to stay out in the –10-degree weather and had told no one where they were going, or when they should be expected back. The couple were only reported as missing after they failed to check out of their hotel room Jan. 6.

The sledders went missing near Revelstoke. The 24-year-old Kelowna men were on rented sleds when they got lost. Search and rescue volunteers were alerted when they didn't return with the sleds. The search for the two was described as "looking for a needle in haystack."

The snowmobilers had an avalanche kit with the basics, but did not have the food or supplies required to spend a night on the mountain.

These are just two recent stories — and we have had our own SAR events in Sea to Sky recently as well.

The thing is, you just never know when you head out what might happen.

What we do know is that when people get lost in the backcountry it is search and rescue volunteers, who total about 2,500 in B.C., who go out and risk themselves to find those in need.

In the case of the Spanish skiers, it was a front desk clerk who called to report them missing. Kudos to that worker, and I would hope the same thing would happen in Whistler. But it is not the responsibility of a hotel worker to keep track of adventure tourists.

It is always the responsibility of the person heading out to take all the necessary steps to stay safe.

In 2016, thanks to new provincial funding, a program known as AdventureSmart began to catch the attention of those who enjoy the outdoors. It is affiliated with many organizations including Emergency Management BC, the BC Search and Rescue Association, and Avalanche Canada. It was created in late 2004.

It has positioned itself as the place to go as you start to prepare for your journey in the backcountry or onto the waterways of Canada. It is a perfect place for adventure tourists to get some tips for their trip.

The idea behind this great resource is that it is vitally important to protect yourself and those you are with when you are outside enjoying Canada's wilderness — all of its tips are laid out on the website at adventuresmart.ca.

Fortunately for us, AdventureSmart will be here in Whistler this month — Jan. 20 and 21 will see Avalanche Awareness Days taking place on Blackcomb Mountain, and on Jan. 22, there will be a training workshop for anyone interested in getting involved with the organization.

We live in an amazing environment filled with opportunities for adventure and recreation, but as a friend once told me the most important part of the journey is coming home for dinner.