Time to get a grip

It is time for the province to mandate that no car leaving Squamish and coming to Whistler can do so without designated-winter tires — not the mud and snow (M+S) that are currently allowed.
Jan 3, 2018 5:00 PM By: Clare Ogilvie 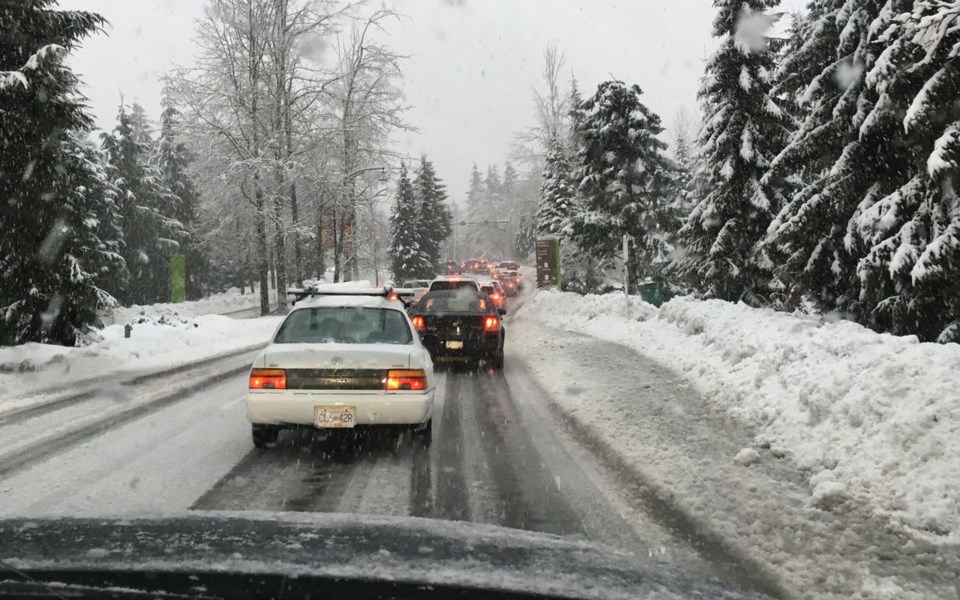 It is time for the province to mandate that no car leaving Squamish and coming to Whistler can do so without designated-winter tires — not the mud and snow (M+S) that are currently allowed.

The Sea to Sky Highway is designated a mountain highway making summer tires illegal for use from Oct.1 to March 31. But that is not enough to keep our roads safe.

It's true most winter drivers can manage with M+S tires if they are seasoned snow and ice drivers in calm weather, but when snow storms hit, as they did last week, all hell breaks out on the highway thanks to many cars not being equipped with the right tires for the conditions (and, yes, often inexperienced drivers behind the wheel).

The worst offenders are rental cars.

(I'm not even going to touch on the fact that delivery trucks and even buses are often not equipped for a snowy drive!)

It is absolutely outrageous that rental cars put people's lives at risk by allowing guests to drive up to Whistler from the Vancouver airport in cars that are not equipped with the right tires for the conditions.

(And yes, people can take a coach up to the resort, but until 100 per cent of tourists are doing that we still have to address the snow-tire issue.)

How can the car-rental guest-service relations workers in good conscience send tourists out the door and up the highway in a snowstorm on M+S tires, or even worse, all seasons?

Yes, car-rental clients can request snow tires (mountain snowflake designation) and pay extra for the service, but there are far too many who get the front counter of the car rental agency and find there aren't any cars left with the right tires for the journey to Whistler. What are they supposed to do at that point? Many just take the cars with M+S tires, or worse, all-season tires, and keep their fingers crossed. This can put their own lives in jeopardy as well as the lives of everyone else travelling the Sea to Sky Highway.

Part of the right-tire-for-the-conditions argument is just good science. Snow tires are made to work optimally in cold temperatures so their stopping distances are much shorter. Made of a type of rubber that remains flexible in the cold, they are superior to M+S tires. Due to their composition, summer tires begin to harden when the temperature hit 7 C; all-season tires become stiff at about -10 C, while the rubber of winter tires remain flexible until -40 C.

You may recall a news story that ran in The Province newspaper last year about a family from Toronto cancelling their holiday to Whistler because no car rental agency would guarantee that they would get a car with snow tires.

"Should the government turn a blind eye to those travelling to Whistler, possibly risking their lives and the lives of others? Doesn't make sense to me, so it looks like we're going to Quebec, and spending our vacation dollars there, instead of Whistler."

In Quebec, it became mandatory in 2007 to have proper winter snow tires on a vehicle from mid-December to mid-March.

Former Whistler mayor Ken Melamed worked hard to try to get the province to mandate the use of snow tires on the Sea to Sky by designating it a mountain highway. The push goes back to at least 2003 when a series of blizzards and accidents shut the highway down for hours at a time.

Resolutions were brought forward at the Union of BC Municipalities annual convention to try to get support. But it received none, and there was no support from the Ministry of Transportation at the time either.

Today, the Sea to Sky is designated as a winter-tire route, but the regulations allow drivers to have M+S tires with 3.5 mm depth tread — it does not mean you have to have snow tires.

A big mistake, in my mind.

It is time for the province to make it mandatory for cars driving from Squamish to Whistler in the winter months (I would argue from after Remembrance Day to March 31) to have snow tires.

If they do this, rental-car companies will be forced to put on snow tires if they want clients to use their vehicles.

Is it honestly going to take the death of someone due to lack of snow tires to create this change?