Time to get serious about overtourism?

Whistler did not become a popular tourism destination drawing three million visitors a year by accident. Many people in different organizations have worked for many, many years to make the resort the success it is.
Sep 20, 2017 6:00 PM By: Clare Ogilvie 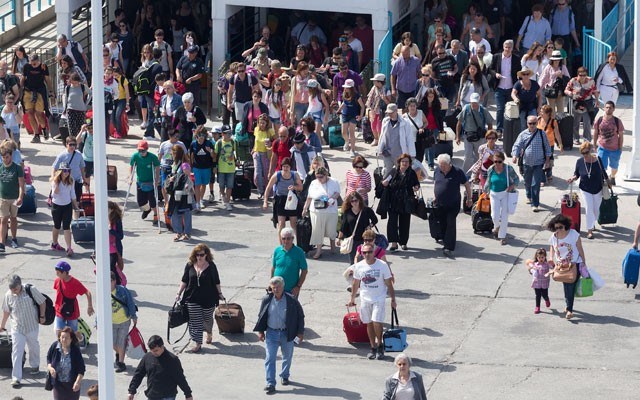 Whistler did not become a popular tourism destination drawing three million visitors a year by accident.

Many people in different organizations have worked for many, many years to make the resort the success it is.

The problem now seems to be that we are too successful (is that possible for a resort invented for tourism?).

Last week, Tourism Whistler's CEO Barrett Fisher shared in a Letter to the Editor that the organization was putting the issue of overtourism and sustainable tourism clearly in its sights.

"Tourism Whistler is passionate about preserving, and celebrating, the character of what makes Whistler special; and we are actively working with our resort partners to ensure a positive resort experience for both locals and guests," wrote Fisher.

Partners cited as part of the solution were the Resort Municipality of Whistler (RMOW) and the Whistler Chamber with public engagement also mentioned. (No mention of the role Vail Resorts and its plan for growth of Whistler Blackcomb might play.)

Whistler has done many things right as it has grown towards its goal of being the No. 1 ski destination in North America.

It has a community plan that has a bed unit cap — a bed unit is a measure of development intended to reflect servicing and facility requirements for one person.

The bed unit measurement was introduced in Whistler's first OCP adopted in 1976 as a means to manage the future growth of Whistler to be consistent with infrastructure capacity, highway capacity and ski lift capacity. There are 61,285 bed units allowed and we are at 53,740 according to the RMOW's most recent statistics (2013).

The resort also established the Whistler Housing Authority in 1997 — the RMOW is its single shareholder. On average, 383 employee beds were created per year between 1997 and 2003. From 2004 to 2015, that doubled with 3,897 restricted beds created. Sixty-five units came online in 2016, another 100 this year and more are in the works. About 80 per cent of the current workforce is housed in the resort, but it is still not enough to service the employers here.

Several businesses are cutting back hours or services due to staff shortages directly linked to affordable housing.

We are being squeezed on both ends — but we are not alone. In European cities this year residents took to the streets to protest the number of tourists flooding into places that people call home. Anti-tourist graffiti was scrawled on walls and streets.

Last year, the number of tourists around the world reached 1.23 billion according to the UN World Tourism Organisation (UNWTO).

Growing protests at overtourism are a "wake-up call" to the industry UNWTO secretary general Taleb Rifai has warned.

"Tourism is not a big party," said Rifai recently at a conference. "It is one of the real transformative forces that can make the world a better place. (But) we sometimes take the sector for granted."

There are numerous explanations for why global tourism is growing (six per cent last year). A few might be the explosion in home-sharing agencies like Airbnb, affordable air fares and cheap cruises, the growth in Chinese tourism and even the growth in internet technology.

But the outcomes need to be considered by tourist destinations. What steps do we need to take to protect the product, and protect the lives of those who call the location home?

This year, Greek authorities imposed restrictions on the arrival of tourists to Santorini by water. Last year, 790,000 people visited tiny resort. Now the number of passengers on cruise liners arriving to the island is limited to the aggregate capacity of 8,000 per day.

In Copenhagen, the establishment of new bars and restaurants has been prohibited. It is also the reason why bicycle routes for tourists were created and why there are "silent areas" within residential areas. In addition, Denmark forbids foreigners from buying houses in coastal areas or along its beaches.

Here in Whistler, a new bylaw has been introduced to control the proliferation of Airbnbs in neighbourhoods not zoned for this type of accommodation. And we have a hotel tax on visitors, which helps funds municipalities.

But still our roads are packed, our parks are overflowing, our infrastructure is getting close to capacity and our tempers are running a bit thin, as we become a year-round destination — not just a ski resort.

Tourism is what we do and we do it well. The challenge now is working to find a balance between providing an outstanding guest experience and supporting a community that people can afford and want to call home.

Editorial: B.C. health leaders need to focus more on disease control and less on message control
May 12, 2021 8:05 AM
Comments