Tom Pro(chazka) – a profound love for the mountains

"Friendship is unnecessary, like philosophy, like art... It has no survival value; rather it is one of those things that give value to survival." - C. S. Lewis We were deep in the heart of the Tatras Mountains. To the north, Poland.
Jan 16, 2013 8:00 PM By: Michel Beaudry 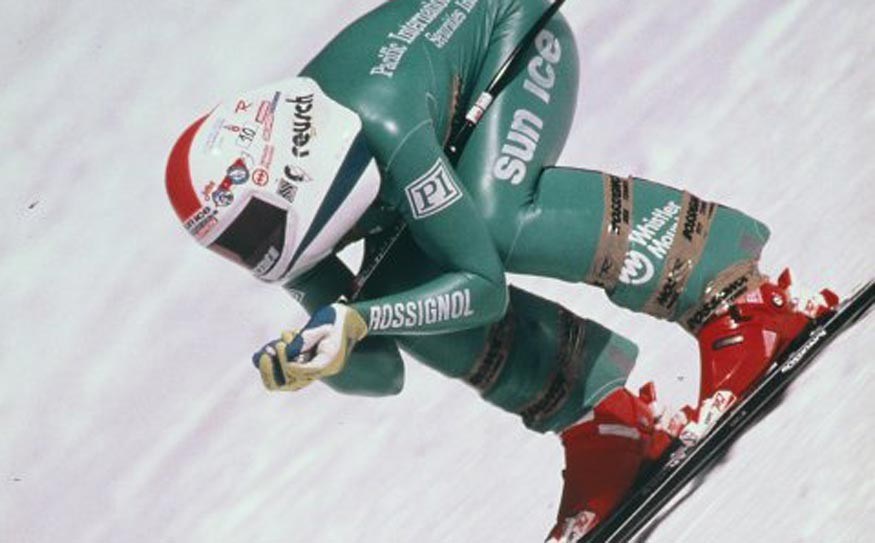 "Friendship is unnecessary, like philosophy, like art... It has no survival value; rather it is one of those things that give value to survival."

We were deep in the heart of the Tatras Mountains. To the north, Poland. To the east, Belorussia. The high country around us was beautiful — it reminded me of the Kootenays, only with a Slav accent. As for the locals, they were like mountain folk everywhere — curious, generous, and hugely proud of their wild surroundings.

Somehow — I can't remember exactly how it happened — we ended up at a party halfway up the mountain one night. The homemade firewater (a Slovakian specialty!) was making the rounds and the local weed (a Slovakian transplant!) appeared as pungent and potent as the best stuff back home. But it was the talk that really blew me away. Squirt boat trips to Corsica, climbing expeditions to the Karakoram, spelunking jaunts in Namibia, kitesailing in Mauritius — seemed from their stories that this particular crew had hit every core-sport spot on the planet.

I must have dozed off for a few minutes. Maybe that's why I heard the voice before I could make out the figure in the room's smoky haze. "Hey you, Canata man," it called out in rough English. "You from Wheestler, right?" Being the only Canuck in the room, I figured it was safe to assume he was talking to me. So I nodded.

He just laughed. And then he explained. "I met very great Wheestler man last summer. We working on crazy bike park in Ukraine together. He very hard-working guy, you know. But fun. Very much fun. Maybe you know this man?"

Now it was my turn to laugh. For I knew exactly who he was talking about.

Whistler has countless celebrity ambassadors travelling the world on any given day. From Mike Douglas to Roger McCarthy, Julia Murray to Ali Milner and Maelle Ricker, our emissaries do a marvellous job of burnishing Whistler's already glowing reputation abroad. But even among this group, Tom Pro stands out.

Maybe it's his working-man aura. Maybe it's his perpetual smile. Maybe it's just that he really is what he appears to be. Whatever. Hang out with Tom for a while, and you'll soon discover just how popular this radically-understated guy really is.

Take the way he approached this story. "I don't want it to be all about me," he insisted at the start of our conversation. "There are so many people in my life who've made me who I am. People who opened doors for me, made impossible things happen." He stopped for a breath. Sighed. "My life is truly a reflection of all those people. I was just lucky enough to ride in their wake..."

Hmm. That may be true. But listen to his stories for a while, and it quickly becomes evident that whatever gifts and/or opportunities he received from friends and colleagues along the way, Tom Pro has given back (or passed forward) easily as many... or even more!

But don't take my word for it. Here's how he tells his story:

"I was born and raised in the Czech Republic," he starts. "Skiing was a family thing for us — I think I started when I was two and a half. Or something like that." He laughs. "As for moving to Canada — that didn't happen until 1968."

Tom was only 13 when his family re-settled in North Vancouver. "My father had seen a documentary on the West Coast. And he was really taken with it. He was a lifelong skier, you know, a real outdoors guy. So the West Coast is where he decided we'd start our new life..."

Pro doesn't dwell on the hardships of his family's emigration. Of the 1968 uprising in Czechoslovakia that was brutally suppressed by the Soviets and forced so many (like the Prochazkas) to escape the country. Of the family's month-long stay in a German refugee camp... waiting for their oh-so-valuable Canadian immigration papers to come through. Or even of the difficulties that a young teenager would invariably face as a newcomer in a foreign country.

No, he doesn't dwell on any of that. Instead, he finds a way to inject a little humour into his first impression of Canadians. "We arrived here on Halloween night," he recounts. "And, you know, there was nothing remotely close to that back home. So our response was like 'Wow! These guys really know how to get dressed up...'"

Living on Vancouver's north shore, says Pro, was a dream-come-true for a kid like him. "My dad got a job as a liftee at Grouse... actually worked for Rick Temple there." He pauses for a beat. Smiles. "So I got to join the Grouse Mountain Tyees. And that was huge — it was a pretty significant club in those days and there were a lot of good skiers around. There was Bruce Goldsmid and Doug Temple, and the Vajdas (Andrée Janyk's family) and the Lamberts and the Ramseys..." More laughter. "Skiing and racing with the Tyees — that was my education!"

Indeed. And it didn't take him long to learn how to ski home after practice. "We lived at the top of Lonsdale Avenue in those days," he explains. "So all I had to do was ski down the old Cut Chairlift line, cross Mosquito Creek, grovel in the underbrush a bit... and that was that. I was home."

He says it even saved his reputation once. "Well," he begins, "a bunch of the older guys had built a gelandesprung up on the Peak. And people kept telling me I should do the jump." Being a teenager, and feeling relatively invincible, Pro decided to take them up on their challenge. He went for the leap. And he decided to take it at speed. "Man, I soared," he says, the awe of that moment still in his voice more than 40 years later. "I flew over 120 feet that day. Cleared the tranny and landed flat on my back. I mean, I hit so hard I s**t myself."

Now what? "There was no way I could go down in the tram with my pants full," he says. "That would have been just too embarrassing. So I decided to ski home instead." He stops. A big grin spreads across his face. "And nobody ever found out..."

Although it certainly scared him, the jump didn't put a brake on his skiing antics. "Those years were a lot of fun," he says. "Every day of the winter, as soon as school was out at 3:30, we'd head up the mountain. There was a whole gang of us. And we all got better together — but not just as racers. As skiers too!" And he explains. "We skied whatever was there — groomed or ungroomed, on-piste or off, in good conditions or even really lousy conditions. Sometimes it was so foggy nobody could see a thing! But we'd still be out there anyway... and we did it all on one pair of skis!"

Pro made the Vancouver Ski Team when he was 15 or 16. He can't remember which. All he knows is that it totally changed his world. "That's when I got acquainted with the Whistler skiers — you know, people like Dave Murray and Chris Parsons and the O'Sullivan sisters." He laughs again. "Skiing was my life, man. School wasn't pushed on me all that much. Besides, I wasn't a very good student to begin with... so I was allowed to let my studies slide a bit."

Note: Pro finally did make it through High School. He attended night classes after retiring from ski racing and graduated when he was 21!

But where was I? Oh yeah — ski racing in the early 1970s. Which bore little resemblance to its modern counterpart... especially at the junior level, where most coaches were semi-pros at best and parents were less involved in their kids activities than they are today. "Things were a lot looser," says Pro. "We were very much expected to be responsible for ourselves..."

And incidents did happen. Take the time, recounts Pro, when VST coach Glenn Wurtele had to leave his team of teenagers behind in Banff. "He'd already agreed to do a film shoot in Squaw Valley where he was supposed to jump off a cliff after being set on fire," explains Tom. "But we were expected back in Vancouver. So he gave us the keys to the team van, said 'good luck boys; see you back in town,' and took off." He smiles. "And just like that, we were on our own."

Nothing played out the way it was supposed to. "A big storm hit the Rockies so we got snowed-in in Banff," Pro explains. "And that, of course, turned into a serious party." No need to dwell on the details — I'm sure most of you can imagine what went down during the team's forced layover. Still, that's not the point of Pro's story. "We all took care of each other," he says, "and we all made it home safe and sound."

And Wurtele? His mission was a success too. In fact, his man-on-fire segment is still a hit with ski movie-making historians everywhere.

Next week: Tom goes FIS racing in Europe with his buddy Dave Lambert, discovers speedskiing, nearly breaks 200KPH... and finally moves up to Whistler for good