Tommy Thomson: It's all about the positive

It's not often that a 24 year old starts a conversation with: "My dad recommended that I..." But that's exactly how Tommy Thomson started ours. The only son of Whistler's most popular citizen (see Pique Dec.
Jan 30, 2009 8:21 AM By: Michel Beaudry 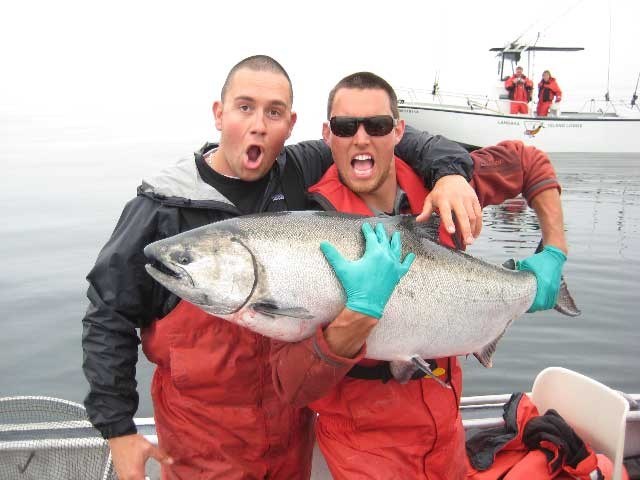 It's not often that a 24 year old starts a conversation with: "My dad recommended that I..." But that's exactly how Tommy Thomson started ours. The only son of Whistler's most popular citizen (see Pique Dec. 31, 2008), the younger Thomson confided to me over coffee last week that his council-member father had suggested he keep our conversation as positive as possible. I nodded in agreement. That was fine with me, I said. As long as he didn't mouth platitudes and clichés.

I needn't have worried. After a two-hour exchange that flew by like the ragged remnants of a storm before an Arctic high, I came away convinced that his dad's counsel was largely unnecessary. Why? Because Tommy is about as honest and naturally-positive a young man as I've ever had the pleasure to speak with.

And once again I was thoroughly impressed with the community's success in raising its children....

But I'm getting ahead of myself. A thoughtful, articulate kid with an open-faced smile that is as guileless as it is friendly, the younger Thomson's discourse is animated by an engaging streak of exuberance that seems to be characteristic of those raised in this valley. Hip, happy - and seemingly without a care in the world - he nonetheless displays a social sensitivity that is startling for a guy his age.

"I have a real thing about keeping the local flavour alive at Whistler," says the long and lanky fly-fishing guide they call 'Tommy Tyee'. "I travel a lot. I get out of the Whistler bubble often. But I always look forward to coming home." Why, I ask. "Because I love the people here," he says simply. He pauses for a moment. "You know, being a kid in this valley gave me the opportunity to grow up with people who are really unique and cool individuals. You'll never find people like that anywhere else."

And then he reels off a list of names - Tyler Massey, Nick Vagelatos, Robby Dixon, Matt Friesen, Andreas Morel, Tim and Alex Orr. "These are just some of the guys I grew up with," he says. "When we get out riding on the mountain together now, it's just as real and cool as it's always been. It all comes down to that special Whistler buzz, you know. And it's definitely been a big part of our success as a destination. I mean, if tourists see how excited the locals are about playing on the mountain, then they get excited too."

But there's a caveat, he says. "Sure, Whistler is way more Disney-like than it was when I was growing up. It's stupidly expensive to live here and the gap between the folks who are already established and the seasonal workers who come here to live their dreams is growing every year. But at the end of the day, you can get what you seek from Whistler."

He smiles and his blue eyes crinkle with pleasure. "It's not about the lifts or the chain stores or the Peak-2-Peak gondola," he says. "It's about the mountains. If you want to go for a walk or a hike or even a ride - it's all there. And it's all free!" Now he's laughing. "Heck, I'm totally okay with climbing to earn your turns..."

It's not just talk. "Who at my age can afford a $93 lift ticket?" he asks rhetorically. And then he addresses one of the biggest issues for his generation. "It's definitely tough to make ends meet if you're a young person living at Whistler. After all, these are expensive sports we're involved in. When all is said and done - after you've paid for your bike and your board and all the other equipment you might need at Whistler - there's not a lot of money left over." Another smile, but this one is tinged with the sad reality of what he's about to say. "That's why so many of us have to leave Whistler, to make enough money to come back here and play." A long pause. "You see, for me, being a waiter or a bartender at Whistler just doesn't make it anymore..."

Fortunately for Thomson, an early infatuation with fly-fishing combined with strong people skills (once again the apple didn't fall far from the tree) led him to the kind of job that most people can only dream about. "I've had a passion for fishing since I was a kid," he explains. "Freshwater, saltwater, it doesn't matter. As long as I'm outside with a fly on my line, I'm happy." Thomson's first fishing job was at a lodge on the west coast of Vancouver Island called Roger's Tyee Camp. He was 14 years old. And although he spent that first summer washing dishes, by the next year he was ready to guide clients on his own. "I guided at Roger's for four years," he says. "And then I moved up to the Queen Charlotte Islands."

His eyes light up the moment he mentions B.C.'s legendary northern archipelago. "It's a hugely magical spot," he says. "Big water; amazing salmon fishing. And the marine wildlife is out of this world. In one day you might come across a handful of big humpbacks, or a couple of Minke whales or even a pod of Orca." Another happy smile. "And the old growth forests there - totally impressive. You can really feel the spirit of the place." He then tells me of his Haida friend, renowned artist Frank Williams, who has filled him in on what it was like to grow up in this enchanting environment. "He's got an incredible number of tales," Tommy says. "And it really puts island life in perspective."

For the last few years, Thomson has been guiding at Langara Island Lodge, widely considered to be the benchmark operation in the business. "It's so cool to have climbed the ladder and to be doing something I love so much at such a high-quality operation," he explains. "I can't say enough about that place. Langara is not so much a business as it is a family. I've met more great people there than I've met anywhere else in the world." He stops speaking. Looks at me to make sure I'm following. 'This is important,' his eyes tell me. He continues speaking. "You know, I consider myself very lucky to be working there. In fact, it's something I look forward to every year. From May to October I'm a happy guy..."

It's fortunate too, he says, that his Whistler buddies, Yos Gladstone and Jord Dunstan, also work at Langara. Indeed, Thomson has even embarked on a business venture with Gladstone. "We organize customized fishing trips throughout B.C. and the company is called Chromer Sports Fishing," he explains. (For those not up on the fishing lingo, "chrome" alludes to the silvery hue of fish scales.) "I want to be as much a part of the business as I can," he adds. And laughs. "But it's definitely Yos's thing. He's a wizard when it comes to organizing things. Compared to him, I'm just the PR hack..."

While guiding does a great job of paying the bills, salt- and freshwater fishing are certainly not Thomson's only aquatic passions. Like so many other Whistler-raised kids - Tyler Massey, Claire Daniels, Johnny Burgess and Manny Osborne-Paradis immediately come to mind - Tommy Thomson is mad for surfing. "I feel so at home on the ocean," he explains. "Just the feeling of being on the water; catching that first wave..." He laughs. His eyes shine again. "I'm getting excited now just thinking about it."

And Thomson hasn't been afraid to indulge his love for the demanding sport. "Over the years," he says, "I've travelled to a lot of amazing surf destinations: Hawaii, Indonesia, New Zealand, Australia, Peru and Brazil. And no matter where I go, surfing continues to humble me." Another burst of laughter. "For example, I got totally worked on this last trip to Hawaii. I mean, the ocean can really put you in your place. There's no room for posers in the waves. Unless you're ready to pay your dues, you'll never get good at it."

Still, he says, like big-mountain riding, big-wave surfing is more about community than anything else. "It's all about sharing the magic of the waves with your friends," he explains. "When you've been out on the water with buddies on a big day, you come home just buzzing. And nobody else gets it but the people who were out there with you..."

Which brings us to our final subject. And it's a theme tinged with a certain amount of regret for the young world traveller. "Whistler is still a long shot for me as a place to settle down in," admits Thomson. "And I hate to say that. But it's the truth..." Another long pause. "I'm sad right now thinking about it. It's really tough. I mean, what better place than Whistler to raise kids? As somebody who grew up here, I know just how great this community can be. It's the best. But I have to be realistic. Is there really a place for me here? I don't know. Right now I just can't see myself being able to afford to raise a family at Whistler."

It's a sensitive subject for many living in the valley. And yet one that I believe is vital to Whistler's sustainability as a bona fide community. After all, if there's no room for its young, homegrown citizens, what does Whistler really stand for? "Exactly," says Tommy.

But his buoyant personality refuses to stay down for long. "You know," he says, "this conversation has really got me thinking. Maybe I need to raise these issues with my friends more. What are the challenges that my generation needs to take up now? What do we want Whistler to look like in 20 years? These are the questions that we need to ask ourselves if we're really serious about making a home for ourselves here."

Before we part, Tommy wants to make sure I understand how valuable our morning chat was. "You know, I realize you can't just keep taking in this life," he says. "I realize now that it's time for young locals to start giving something back to the community. Now I just have to figure out exactly what that might be..."